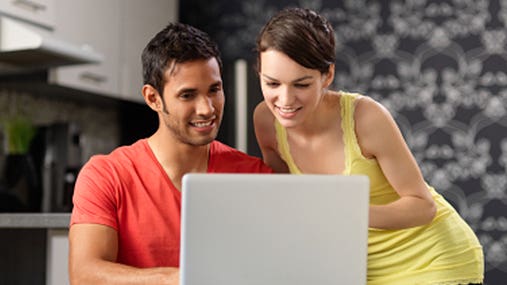 Call it a budgeting success. As the holiday shopping season wraps up, Americans appear to have kept a firm grip on their pocketbooks. Four out of 5 consumers say they kept spending either within or below expectations, according to a survey from Bankrate.com.

Only 14 percent said they spent more than expected during the holidays, according to Bankrate’s monthly Financial Security Index. That’s down from 17 percent in 2012 and 19 percent in 2011.

Create a news alert for
"smartspending"

Where did the excess go?

Bankrate’s monthly reading, based on a telephone survey of 1,005 people, suggests that most Americans shied away from holiday excess.

Altogether, shoppers are expected to have increased holiday spending by 3.2 percent, according to a forecast by IHS Global Insight. That would be the slowest growth since 2009. The U.S. Census plans to release its holiday spending data later this year.

Chris Christopher, senior principal economist at IHS Global Insight, says that slow wage increases could be behind the cautious spending. For many consumers, wages are still lagging pre-recession levels. “Wages are sort of anemic, but prices are not increasing as fast as wages so you do have a little bit of buying power,” he says.

Nearly a quarter of the people who reported overspending fell into the high-earner category, with annual incomes of $75,000 or more.

“It took awhile to make a comeback — only in mid-November did the consumer sentiment start gaining momentum,” Christopher says.

To make up for the lack of shopping days, merchants extended hours and fought for attention with a slew of holiday sales. That may have been enough to increase spending from 2012.

“Retailers have aggressively discounted their products,” says Bernard Baumohl, chief global economist at The Economic Outlook Group. “Even if consumers bought more physical goods, it may not have been reflected in revenues as much.”

The year 2013 featured an unusually intense sales atmosphere. Retailers tend to plan holiday sales and promotions, but competition can get fierce if one big retailer starts a price war.

“I think we saw that last year,” says Brian Yarbrough, an equity analyst with Edward Jones. “One example was consumer electronics. We saw Wal-Mart come out the weekend before Black Friday and started offering Black Friday sales, and I think that really kicked off the promotional environment.”

Retailers “come into it knowing that they are going to mark things down 20 and 25 percent, but if they have to go down to 30 or 40 percent, that is more than they planned,” Yarbrough says. “Does it hurt margins and come at the expense of profitability?”

It might have hurt retailers’ bottom lines, but with so many opportunities for getting a deal, consumers such as Natasha Carmon of Louisville, Ky., were able to stuff stockings without breaking the bank.

“This holiday season I stuck to a budget,” Carmon says. “I was able to get my child’s wish list without spending more money. I took advantage of coupons, Christmas sales and Black Friday deals.”

Budgeting gets better with age

Bankrate’s survey found that overspending cut along generational as well as income lines. Young people, defined as those between 18 and 29 years old, were most likely to blow their budget, with nearly 1 in 5 saying they spent more than expected. On the other end of the spectrum, about 1 out of 10 consumers who were 65 years or older said they splurged during the holidays.

“The young people may have all of the latest financial tools on their smartphones. But their grandparents appear to have been the savvy shoppers this holiday season by using financial common sense,” says Gail Cunningham, vice president of membership and public relations at the National Foundation for Credit Counseling.

Traditionally, holiday retail spending is measured through the end of December. But as anyone with an email address knows, the sales didn’t end on Dec. 31. Consumers with no hard deadline for spending may have stayed on the sidelines through November and December, wading into the fray only in January for post-holiday sales.

To keep holiday spending in line next year, save early and often. Consider purchasing gifts throughout the year if you find a good deal. To really maximize value, exchange gifts after the big day on Dec. 25; after all, that’s when the really good sales begin.

And if you’re looking to use plastic for those gifts, use a credit card that fits your lifestyle.