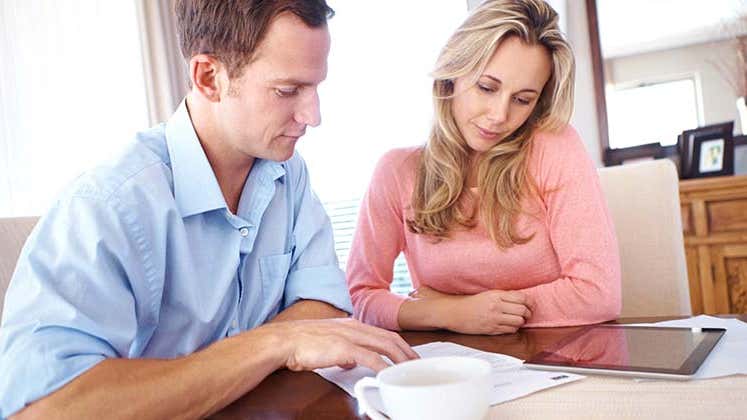 Whether you see financial danger in rising interest rates depends a lot on where you’re sitting.

That’s the message from Bankrate’s latest Financial Security Index survey, a telephone poll taken Jan. 7-10 of 1,003 Americans who were asked whether they are concerned about the Federal Reserve’s expected interest rate hikes in 2016. The Fed lifted rates in December for the first time since the Great Recession and signaled that there’s more of that on the way.

While a majority of Americans say they aren’t concerned about higher rates this year, more than 4 in 10 Americans are worried and cite the impact the Fed’s moves might have on their personal financial situation and the U.S. economy.

Age and economic status seem to have a lot to do with those concerns, and that’s only natural, says David Wessel, director of the Hutchins Center on Fiscal and Monetary Policy at the Brookings Institution.

“Bottom line, those who buy bonds or CDs are going to win from higher rates, so they’re obviously going to be less concerned,” Wessel says. “But people who are in a lower income bracket or are younger and are in a borrowing phase, they’re going to be hurt by higher rates and they’re likely to be more concerned.”

Americans 30 to 49 are the age group most likely to say they’re wary of Fed rate hikes, with 44% expressing concern.

“Those are the key consumer years, getting the kids through school and then to college and buying 2nd cars and all that sort of stuff, so that makes a lot of sense to me,” Dye says.

In contrast, just 37% of seniors 65 or older say they’re worried.

“Older retirees may not have a house payment anymore, and are certainly not contemplating a new house, and they probably have a good handle on their debts,” says Dye, “and they’re just not leveraged that much compared to young families who are buying that 1st home and expanding to 2 cars and having to buy all that stuff that comes with babies.”

Catherine Hawley, a CFP professional based in Monterey, California, says since the Fed hiked rates last month, she has noticed a greater sense of urgency among clients who are looking to buy homes. But she counsels caution.

“I encourage clients to really think about the bigger picture of where they are in their lives — are they ready and why are they making this decision?” Hawley says. “We want to look at it in that larger context and not just be reacting to interest rates, because there are a lot of personal and financial factors that go into the decision to purchase a home.”

Concern over rising rates is deeper on the lower end of the income scale, according to the survey. Among those making less than $30,000, half say they worry about Fed action this year, versus just 30% of those earning $75,000 or more.

That makes sense to Brookings’ Wessel.

“If you make $200,000, you might worry that your 401(k) is worth 5% less this week than it was last week, but what you spend on vacations and going out to eat isn’t going to be very much affected by these short-term moves,” Wessel says. “If you’re living close to the edge and you’re thinking about buying a car or you have credit card debt, it could make a difference.”

Americans at lower education levels also are troubled by rising rates, with nearly half with a high school diploma or less saying they’re worried. On the other hand, only about a third of those with a college degree or more are concerned.

Savers typically are among the few who benefit from Fed rate increases, and they’re likely to see eventually higher rates on CDs and savings accounts as the Fed returns rates to normal, says Bankrate’s Chief Financial Analyst Greg McBride, CFA.

But despite a consistent drumbeat of criticism about how years of near-0% rates have negatively impacted savers, only 7% of Americans overall say they’re looking forward to getting higher rates on CDs and savings accounts from the Fed’s actions.

“It’s a testament to the fact that so few people have an adequate amount of savings,” McBride says. “The contingent of savers that have seen interest income undermined by low rates is small compared to those who have benefited from lower rates due to their debt burdens or the ability to grow and expand a business at favorable costs.”

Bond investors also may benefit over the long term as yields rise, says CFP Hawley, as long as they are in a position to let the bonds they currently hold mature, rather than selling at diminished prices.

No inflation to fight

In previous episodes of Fed rate-hiking, there was a concrete benefit even for those with little savings to collect on: Prices for consumer goods and services were reined in. That’s much less true now, with inflation as measured by the consumer price index rising less than 1% year over year.

“If you’re looking at previous periods of time, people might be worried about inflation, and so it might be appealing to them that the Fed might be doing something about inflation, but that doesn’t even come up in the conversation now because there’s very little inflation,” Wessel says. “That means there’s less reason to be applauding the Fed.”

The most commonly cited reason Americans gave for shrugging off rising rates? Nearly a quarter say rates have been artificially low, a common gripe among Fed critics. That may reflect overall beliefs about the economy and the role of government more than any personal effects of Fed policy, Wessel says.

“The Fed has become a symbol of everything that’s wrong with the bailouts — Wall Street got bailed out and my Main Street didn’t.”