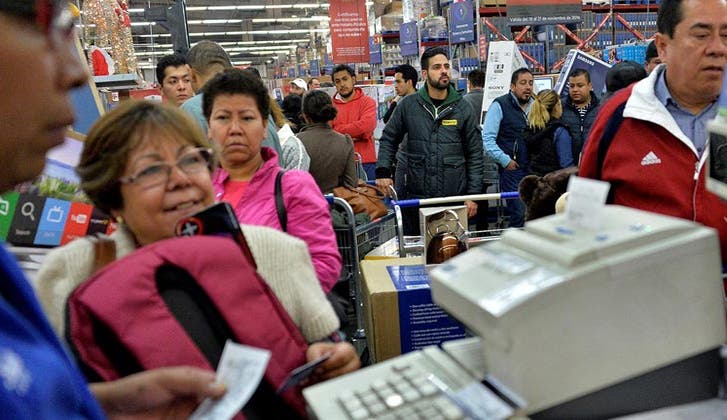 Black Friday is losing its appeal, and with good reason: More retailers now offer discounts and bargains throughout the holiday shopping season.

Just 23 percent of all U.S. adults say they will shop in stores the day after Thanksgiving, according to a new nationwide Bankrate survey. That’s down from 28 percent when we last polled consumers on this question in 2014.

Retail experts say consumers no longer feel an urgency to wake early and battle post-Thanksgiving crowds in the name of door-buster deals. They can find those deals today, and they’ll continue to find them in the run-up to Christmas.

“Two years ago, Black Friday was one day. Last year it was a weeklong event. This year it’s been a monthlong event,” says Shelley Kohan, vice president of retail consulting at RetailNext, an in-store analytics firm. “A lot of Black Friday deals are already out there. They’ve been out there since the beginning of the month.”

CARD SEARCH: Get a rewards credit card in time for holiday shopping.

Not only is Black Friday interest waning, this year RetailNext projects the Friday after Thanksgiving will be neither the biggest shopping day of the season in terms of sales nor the busiest in terms of shopper visits.

Bottom line: If you don’t like the crowds or chaos that Black Friday shopping can bring, you’re not missing anything.

“I think people who don’t like doing it should stay home,” says Noelle Nelson, assistant professor of marketing and consumer behavior at the University of Kansas’ School of Business. “They can get good deals (throughout the season), and they’ll also avoid impulse purchases.”

Ariel Tinker, 30, is a Black Friday veteran on both sides of the checkout counter (she once worked in a department store), but she plans to avoid the lines. What once was an exciting tradition has become something to avoid in the years since the school social worker from Jacksonville, Florida, became pregnant with her first child.

“I decided it was probably safer that I didn’t want to try to fight the crowds,” she says.

Besides, Tinker says she finds shopping online and during more “low-key” times easier.

“I’m honestly a pretty last-minute person,” Tinker says. “I probably will get a few things on Cyber Monday. The bulk of it I’ll get done two or three weeks before Christmas.”

Though fewer shoppers will hit the malls, that’s not to say Black Friday is going to be a bust.

Retailers project Black Friday sales will increase 2.6 percent over 2015, according to data from the accounting firm BDO USA. That’s a slightly smaller uptick than what’s projected for the entire season.

Also, more Americans say they plan to shop online on Black Friday than in stores. Our survey found that 26 percent of adults intend to hunt for holiday deals online the day after Thanksgiving.

And the Bankrate survey found consumers plan to spend more on Black Friday than in the past. Median spending is expected to increase to $300 this year, compared with $200 when we last asked consumers in 2014.

One-quarter of all shoppers say they expect to spend between $251 and $500, the most frequent answer given on the survey.

“I think there will always be a highlight to (Black Friday),” says Natalie Kotlyar, BDO’s national leader of the consumer business practice. “I think it’s a way for retailers to create more excitement, and excitement equals sales.”

Will shoppers flock to Cyber Monday?

Although experts expect holiday sales to continue their gradual shift away from brick-and-mortar stores to online merchants, consumers aren’t much more excited about Cyber Monday events than they were in the past. Twenty-seven percent of adults say they plan to shop online the Monday after Thanksgiving, up from 25 percent in 2014.

And median Cyber Monday spending is expected to remain unchanged from two years ago at $200, our survey found.

Similar to their in-store promotions, retailers will continue to offer online discounts throughout the season, reducing the urgency for consumers to flock online on a specific day, Kohan says.

That’s not to say there won’t be deals to be had.

“Cyber Monday is a big day. It’s always a big day,” Kohan says. “I do think discounts will be there on Cyber Monday.”

Even though more adults plan to participate in Cyber Monday than will head to physical stores on Black Friday, that shouldn’t be taken as evidence internet shopping has eclipsed the mall or big-box store.

“In-store brick and mortar is still king,” he says.

No love for Thanksgiving shopping

Fewer retailers than in previous years will be open on Thanksgiving, but major stores like Wal-Mart, Target and Best Buy will welcome post-turkey-dinner shoppers. There is little evidence consumers are demanding this.

Just 15 percent of Americans plan to shop in stores on Thanksgiving, according to the Bankrate survey. Fifteen percent say they will shop online during the holiday, as well.

Those consumers who do leave the cranberry sauce and their families behind, plan to spend big. Median spending is expected to top $300, our survey found, with more than one-quarter of all shoppers predicting they’ll spend between $251 and $500.

What to expect when shopping

If you’re planning to shop in-store or online during the Thanksgiving holiday weekend, here’s what to expect from retailers:

“Because of its strong history, Black Friday has become a tradition for some families as their kickoff to the holiday spending season,” Hollinger says. “The event will have legs for years to come, but perhaps not decades to come.”

Methodology: Bankrate’s Money Pulse survey was conducted Nov. 3-6, 2016, by Princeton Survey Research Associates International with a nationally representative sample of 1,000 adults living in the continental U.S. Telephone interviews were conducted in English and Spanish by landline (500) and cellphone (500, including 304 without a landline phone). Statistical results are weighted to correct known demographic discrepancies. The margin of sampling error is plus or minus 3.8 percentage points for the complete set of data.