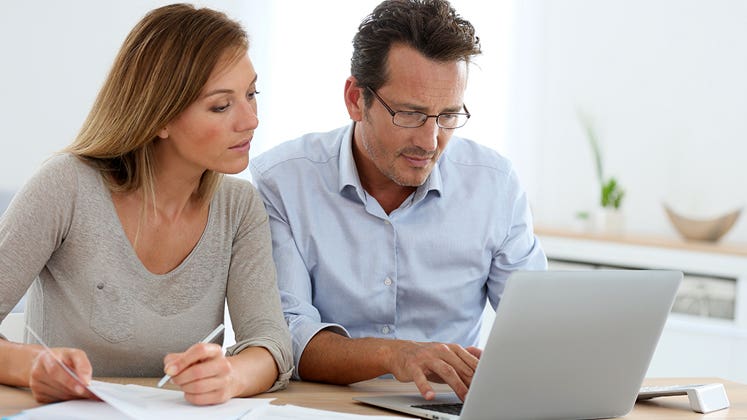 Do shoppers get more responsible with age?

That may be the case, according to a survey that accompanied Bankrate’s January Financial Security Index. It found that age played a role in who stuck to a budget, and who didn’t, this past holiday shopping season.

Millennials were most likely to say they overspent during the holidays when compared with other age groups in the January survey. Meanwhile, consumers between the ages of 50 and 64 were more likely than other groups to say they underspent. Among Americans over 65 years old, 59 percent said they spent about what they expected on gifts.

The results echoed the level of financial security among each of the age groups. Millennials, for example, were the most likely to overspend, but they were also the most likely to feel more comfortable about their job security, savings and debt levels.

“Millennials are feeling much more optimistic about the job market and their futures than previous years,” says Madeline Aufseeser, a senior analyst at Aite Group in Boston. That optimism may have encouraged some of them to splurge.

They also may have simply underestimated their holiday expenses. A separate Bankrate study conducted prior to the holiday shopping season found that, while millennials were most likely to shop on Black Friday, they weren’t planning to spend big.

The attempt to stay frugal may have worked against millennials.

“When you’re more focused on a savings goal, you’re more likely to go over budget,” says Abigail Sussman, an assistant professor at the University of Chicago who specializes in consumer spending behavior. “You want to make a lower estimate because you want to achieve your savings goal.”

Thanks to experience, mature consumers have a better sense of their holiday spending patterns.

“As you get older, the people you are buying presents for might be more consistent year to year,” Sussman says.

Plus, retirees and near-retirees — who generally still feel cautious following the hit their finances took during the Great Recession — have more incentive to keep holiday costs in line.

“They’re thinking about how they are going to make their money last through the rest of their life,” Aufseeser says. “It’s a completely different mindset than the younger generation.”

That’s in line with the spending habits consumers demonstrated during similar Bankrate surveys conducted each year between now and 2011.

“The majority of Americans stayed within budget this holiday season, as they have in recent years,” says Greg McBride, CFA, Bankrate’s chief financial analyst. It’s “a reflection of stagnant income and limited buying power.”

Other numbers suggest the holiday shopping season didn’t involve a big boom in spending. A 2015 Gallup poll found U.S. consumers’ average daily spending in December was $98. That matches the amount of spending in May. Careful holiday spending, however, isn’t necessarily a sign of gloom and doom.

“We’ve had a slow-growth economy,” McBride says, but “in the long run, we’re all better served if Americans have less debt and more savings.”

How to stay on track

Consumers who consistently go over budget can try a few simple tips to get their spending back in line.

For starters, “write down everything you spend … to see where your money is actually going,” says Michael McCall, director of Michigan State University’s Eli Broad College of Business, who specializes in consumer behavior. This practice will help you “make the hard choices” about what personal budget cuts to make, he says.

Another trick is to keep those credit cards at home and switch to cash.

“Set aside a certain amount of money for each of your activities a month and live by a ‘cash as (you) go’ mindset,” McCall says.

At the very least, be cautious of sales, and shop, instead, with a game plan.

“If you go into a store, you’re much more likely to see things you are going to want to buy if you don’t make a list” beforehand, Sussman says.