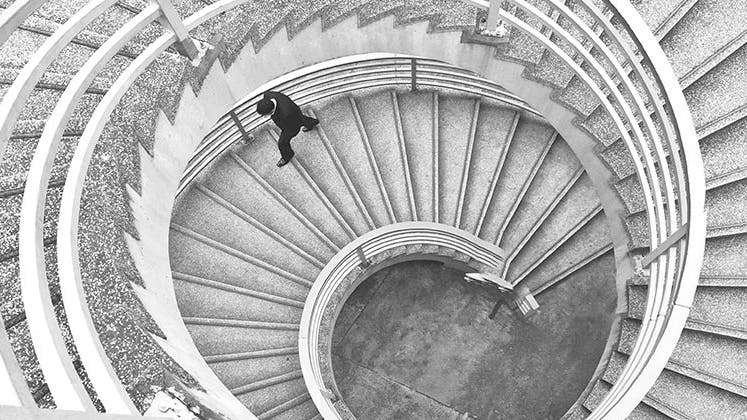 What is a rising-rate CD?

A certificate of deposit is a time deposit account; savers give the bank their cash for a set term in exchange for a series of interest payments. A rising-rate CD has an option that gives accountholders some protection against being locked into a low yield if interest rates increase, either by allowing them to withdraw their money without penalty or giving them a mechanism to raise their rates.

What is it?: A liquid CD is a certificate of deposit that allows you to withdraw some or all of your principal without paying the dreaded CD early withdrawal penalty, making your funds more liquid.

Is it a good deal?: According to our survey of 56 CDs from 43 banks, liquid CDs are useful only at longer terms. At terms of 2 years or less, their yields are beaten badly by top-yielding savings accounts, which don’t have liquid CDs’ restrictions on when and how accountholders can make withdrawals.

There are some liquid CDs at terms of 3 to 5 years that have yields competitive with traditional CDs. In those cases, getting the liquidity option essentially free can make sense.

But most people can get a higher overall return and still meet their liquidity needs simply by keeping part of their savings in a high-yielding savings account and part of it in a high-yielding traditional CD, says Greg McBride, CFA, chief financial analyst at Bankrate.com.

“That could be better than even the top-yielding liquid CDs,” he says.

What is it?: A bump-up CD is a certificate of deposit that lets accountholders “bump up” their CD rate 1 or more times over the course of its term to the prevailing rate on CDs. On some bump-up CDs, the amount of the increase is capped.

Is it a good deal?: Among the 43 offers from 25 institutions we looked at, only the CDs with terms of 2 years or longer were worth considering. That’s because there is slightly less than a snowball’s chance in hell that rates will rise fast enough to add up to a significant “bump up” for accountholders on shorter-term bump-up CDs.

Still, on longer terms, a bump-up CD can make sense as a hedge against rising rates.

“On some of the longer maturities, the yields they were paying were pretty close to the top-yielding traditional CDs on the same maturity, plus you’ve got the ability to exercise that bump option sometime during the term if rates go up,” McBride says.

For instance, Mountain America Federal Credit Union is offering a 60-month bump-up CD at 2.1% annual percentage yield, or APY, that allows for 1 adjustment upward during the CD’s term. Considering the top rate on Bankrate’s 5-year CD rate table right now is 2.25%, picking the bump-up CD will cost you 15 basis points — not a bad price for protection against a big jump in rates down the road.

What is it?: A step-up CD is a certificate of deposit with an annual percentage yield that rises higher according to a predetermined schedule of “steps” over the course of its term.

Is it a good deal?: We found just 19 offers from 10 institutions for rising-rate CDs, but among our sample, the terms were disappointing. In order to do an apples-to-apples comparison between rates offered on step-up CDs and traditional CDs, we incorporated the returns from each step in the CD into a “blended” APY.

Bankrate’s survey results don’t look great for step-up CDs. Only 1 step-up CD with a 3-year term had a blended APY that matched the best traditional CDs of the same maturity; the other 18 lagged behind.

What is it?: A callable CD is a certificate of deposit with an embedded call option that is — and this is the important part — owned by the bank, not you. That option allows the bank to call the CD back in anytime during the term, paying the principal and the interest you’ve earned, and that’s it.

Is it a good deal?: Not really.

Callable options benefit the bank, and CD investors should expect to receive some compensation in exchange for those benefits. But in most cases, they don’t.

“Callable CDs are a ‘heads I win, tails you lose’ proposition,” McBride says. “If you put your money in a callable CD and rates go up, they’re not going to call it in. You’re stuck with your lower-yielding CD. If rates go down, well then they’re going to call the CD in, you get your money back and now you have to reinvest it in that lower rate environment.”

Of the 12 offers from 7 institutions surveyed, not 1 offered a yield comparable to the highest-yielding conventional CDs.

The point of rising-rate CDs

There’s a certain logic for CD investors in wanting some kind of protection against being left behind when CD rates rise. Being that CD rates have been at historic lows for almost as long as my oldest daughter has been alive (she’s in 2nd grade), it’s reasonable to expect they have nowhere to go but up, and they could be significantly higher in a few years.

If you’re of that mind, then a product that allows you the advantages of a CD — FDIC protection, a relatively high interest rate compared with other risk-free investments, the ability to be laddered — while still allowing you some upside if rates rise, makes some sense, McBride says.

For banks, specialty CDs can be a way to differentiate themselves from competitors, without necessarily offering a higher rate than their competitors, says Terrie Cloud, senior vice president of ICI consulting, a St. Petersburg, Florida-based consulting firm for financial institutions.

“Consumers are very savvy, they’re shopping around for the best rates,” Cloud says. “Institutions are trying to find new and innovative ways to court those consumers and offer specialty or unique products that they might not be able to get anywhere else.”

Getting those deposits in the door then gives banks an opportunity to market other, more profitable products to consumers, says James Gilkeson, CFA, an associate professor of finance at the University of Central Florida.

Banks’ thinking goes something like this, he says: “If we make the CDs more appealing, we get the money in the bank and then we can talk to the depositor about, ‘Well, you’re not really earning much in this environment. Have you thought about these other products?'”

Because you’re unlikely to benefit from most of these features in the current rate environment, “the banks’ exposure isn’t very much,” making it a low-cost marketing tool, Gilkeson says.

Make sure you don’t overpay

For consumers, the key is making sure you’re paying little to nothing for these features, Gilkeson says, by comparing them with traditional CD rates for the same maturity.

For example, he says, if you look at a bump-up CD and it’s paying 1.25% while traditional CDs are paying 2%, you’re essentially paying 75 basis points a year, and that’s probably too much, Gilkeson says.

“I wouldn’t do that as a consumer.”