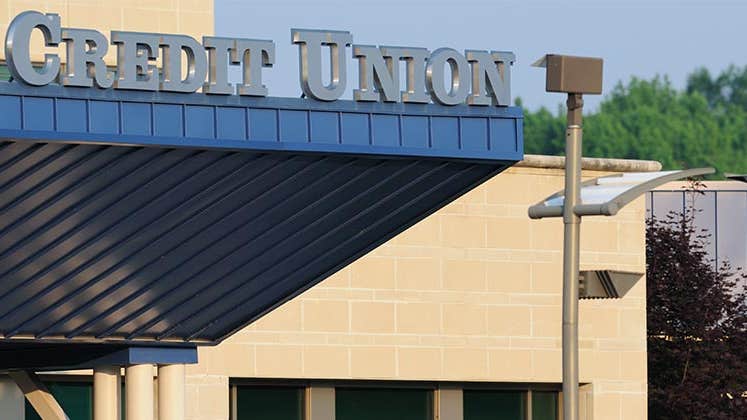 What is the NCUA?

Of all credit unions in the U.S., 98% are federally insured through the NCUA.

The NCUA maintains the National Credit Union Share Insurance Fund, or NCUSIF, basically a giant pot of money drawn from credit unions to pay back members when a fellow credit union fails. In the unlikely event that the NCUSIF runs out of money, NCUA insurance is backed by the “full faith and credit” of the U.S. government.

98% of all credit unions in the U.S. are federally insured through the NCUA.

There are limits to the payouts members receive, however. Like the FDIC, the NCUA insurance covers the balances of members’ share accounts up to $250,000 per person, per account type, per institution.

So, for example, if you have $500,000 in a joint account with a spouse, and an additional $250,000 in an IRA, your entire $750,000 would be insured. If you’re unsure about whether all your assets at a credit union would be covered, the NCUA has a handy Share Insurance Estimator to help.

It’s unlikely a credit union member will ever receive a check directly from the NCUSIF.

Outright liquidation of credit unions, in which the institution is closed for good and members get payments in the mail to cover their share-account balances, are fairly rare, says Tom Glatt, principal of Glatt Consulting, a credit union consulting firm.

“Usually what the NCUA tries to do is, if the credit union has a fair number of problems and is not going to survive on its own, they’ll try to find another credit union partner that can take on that institution so that the members themselves don’t see any disruption,” he says.

While there were some credit unions that failed outright in the wake of the financial crisis, “by and large, the regulator is very proactive at trying to make sure the industry takes care of its own ailing institutions,” Glatt says.

In those cases where a down-on-its-luck credit union is absorbed by a healthy one, credit union members aren’t affected much beyond finding a new name on the door of their branch and receiving notices and new debit cards in the mail, says Robert Leonard, director of the Division of Consumer Access at the NCUA.

The goal, he says, is to provide an experience for credit union members that is “seamless.”

“It’s very rare that we would have just a payout and no continuance of services,” Leonard says. “That would be an absolute last resort. In most cases, they’re resolved with another credit union taking over operations and it continues business as usual for the average member.”

Members may also get a chance to vote on these mergers before they go into effect, says Ruth Siragusa, an analyst at NCUA.

Before a decision is made to liquidate a credit union, it’s placed in conservatorship, where a team of NCUA employees takes over operation of the credit union to conserve its assets, examine the books and decide what’s next.

In the event the NCUA does end up closing down and liquidating the credit union, it will try to get checks issued to members within 3 to 5 days, Leonard says.

Before signing up for a credit union, it’s a good idea to do a quick check to make sure it’s federally insured. The NCUA website has a searchable database of information on thousands of credit unions, including their insurance status, how big they are, and even detailed financial information.

“Consumers should be very much more aware of how the banking system functions and what protections they have against what banks or credit unions might do in terms of their business decisions,” says Glatt. “I think people should be asking questions and they should know how this stuff works.”