Throughout the country, stubborn inflation has raised the overall cost of living dramatically. At the same time, the housing market remains volatile, with home prices high, inventory low and mortgage rates through the roof. When every dollar counts, many are examining the affordability of their housing situation. So which is cheaper: living single, or cohabiting as part of a married couple?

Is being single bad for your financial health?

Financially, single people who shoulder living costs on their own can have a rougher go of it than married couples, who can share costs. But that doesn’t mean being unmarried is a negative — actually, it can simplify things.

The concept that you need to be married to buy a house is outdated and toxic.

“Whereas a partner may split mortgage payments or utility payments, single people are generally more likely to cover all bills themselves, and to do so with one income,” says Rachel Bennett, a broker and senior manager of sales training with Orchard in Austin, Texas. “However, that does not necessarily mean married couples have an advantage. Many people bring debt and poor credit history into their relationships, making finances difficult for their partner.”

“Being single is not bad for your financial health,” says Jennifer Beeston, senior vice president of mortgage lending with Guaranteed Rate Mortgages. “The concept that you need to be married to buy a house is outdated and toxic. Single people buy houses every single day with zero trouble.”

How much should you spend on housing?

According to a Rent.com analysis, the median monthly rent in the U.S. in September 2022 was $2,002. Using that figure, a single person would have to earn more than $80,000 a year to afford a rental on their own and keep their housing costs under 30 percent of their income.

Here is a breakdown of October 2022 rent prices in five major cities, according to the Zumper National Rent Report.

Rent prices have generally increased with the rise of inflation. The Bureau of Labor Statistics reports that the average increase in rent for a new tenant in the first half of 2022 was 12.2 percent.

Buying a house: single vs. married

Buying a house as a single person

Purchasing a home as a single person can be harder or easier than as part of a married couple, depending on your income and credit profile.

“When getting a mortgage as a single person, the total amount of the loan may be less, giving you less overall buying power,” says Bennett. “However, single people need only consider their own unique financial situation and debt obligations, and they have full control over their home if they later decide to sell.”

Buying a house as a married couple

Two incomes will likely mean more buying power than one, and if both parties in a married couple are qualified borrowers, they may have an easier time of it. But that changes if only one spouse is viewed as a safe bet by lenders.

“If both spouses are in good shape financially, then applying for a joint mortgage can result in a bigger loan and better rates,” Bennett says. “However, for married couples where one spouse has low income, high debt or a mark on their credit report, it may be preferred to put just one person’s name on the mortgage. That will ensure a better rate, and protect the house from creditors.” 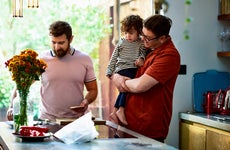 Cost of living facts and statistics 2022 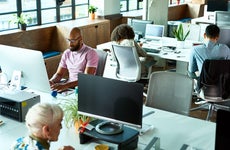 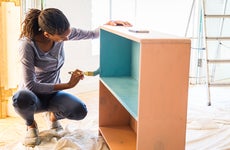 Single women emerge as force in homebuying, despite affordability challenges

Save on singles’ housing costs