Skip to Main Content
6 min read Published November 09, 2021
Written by
Jennifer Calonia
Written by Jennifer Calonia Contributing writer
Jennifer Calonia is an L.A.-based writer and editor. She's covered topics like debt, saving money and credit cards. You can find her work on Business Insider, Forbes and more.
Jennifer Calonia
Edited by
Aylea Wilkins
Edited by Aylea Wilkins Loans Editor, Former Insurance Editor
Aylea Wilkins is an editor specializing in student loans. She has previously worked for Bankrate editing content about personal and home equity loans and auto, home and life insurance. She has been editing professionally for nearly a decade in a variety of fields with a primary focus on helping people make financial and purchasing decisions with confidence by providing clear and unbiased information.
Aylea Wilkins

The Equal Credit Opportunity Act (ECOA) is legislation passed in 1974 that prohibits creditors from discriminating against an applicant due reasons related to race, color, religion, national origin, sex, marital status, age or participation in public assistance programs. Criteria that creditors can use in their decisions are financially based, like your income, debt, recurring expenses and credit history.

Aside from forbidding creditors — and those who set the terms for credit, like real estate brokers — from using discrimination practices against protected groups, the ECOA grants consumers additional rights during the credit-seeking process.

This law applies to a variety of creditors, including:

In some situations, these creditors might be permitted to ask for information like your race, sex or religion. This information is voluntary and is reviewed by federal agencies to keep creditors accountable for anti-discriminatory practices. This information may not be used to decide whether to approve a line of credit or set the terms for approved credit.

Additionally,  if a consumer is denied credit, they have a legal right to know why they are denied under ECOA, says Freddie Huynh, a vice president with Freedom Financial Network.

“The ECOA also ensures that a consumer has the right to have public assistance considered in the same manner as other income,” says Huynh.

Although the law is clear about what kind of factors can’t be used in creditors’ decisions about an application, they’re allowed to ask consumers for certain information that might be related to a protected category:

Why this act became law

ECOA was implemented to prevent creditors from engaging in any sort of discriminatory practices when reviewing credit applications. Under ECOA, consumers cannot be denied credit based on sex, race, marital status, religion, national origin, age or receipt of public assistance. The law was adopted at a time in this country when there were many historic struggles for equality taking place, says Michael Sullivan, a personal finance expert with the  financial education non-profit Take Charge America.

“1970 was about the time the legal struggle for equal rights for women began, although the political struggle had been underway for decades. Women were treated differently when it came to financial matters. Some laws codified these differences making discrimination legal. Women usually needed a male cosigner for loans and often could not qualify for credit even if they met the same criteria as men,” says Sullivan. “There were also credit issues for minorities. It was difficult to get a mortgage for a home in a predominantly Black neighborhood and minorities were routinely denied credit.”

The entire nation was engaged in generating legislation and regulations— from local ordinances up to the Equal Rights constitutional amendment—to address these inequalities, says Sullivan. The Equal Credit Opportunity Act was one such piece of legislation.

While the original law that was passed in 1974 prohibited sex-based discrimination, the law was amended in 1976 to prohibit discrimination based on religion, color, age, race, national origin, and more, says debt attorney Leslie Tayne, of Tayne Law Group.

Another part of the ECOA cites consumers’ rights when it comes to a credit application. The law states that credit applicants have the right to have credit under their birth name, a married name that takes a spouse’s surname or combined surnames.

Consumers also have the right to forgo adding a co-signer to their application if they meet the creditor’s requirements. Applicants aren’t restricted to having a spouse act as a co-signer.

With regard to ECOA rights after a credit decision is made, creditors are legally required to do the following:

Lenders evaluate income as part of the loan approval process to make sure that the borrower has sufficient income to repay the loan. Under the ECOA, however, the lender may not refuse to include public assistance, alimony or child support as income as long as the borrower can prove that the payments are reliable and consistent. All forms of income must be considered equally, including Social Security, pensions or annuities.

Although lenders may not use non-financial factors to approve or deny a loan, they may consider factors like age. This means that they can’t deny a loan based only on age as long as the borrower is old enough to sign a contract. They can, however, consider whether an applicant nearing retirement age faces a significant drop in income that will make it difficult for the borrower to make timely payments.

Similarly, the lender may look at the borrower’s immigration status to determine whether they can legally stay in the country throughout the loan’s repayment term. However, if the applicant’s immigration status is in good standing throughout the repayment term and the consumer meets all of the creditor’s lending standards, they can’t be denied credit solely based on their national origin.

The ECOA is enforced by various federal agencies including primarily the Federal Trade Commission and the Department of Justice (DOJ).

The DOJ gets involved when there appears to be an ongoing pattern or history of discrimation— as opposed to an individual case of disrimination. In cases when there seems to ongoing discrimination the DOJ may file a lawsuit under the act. If the discrimation involves home mortgage loan or home improvement loan applications, the DOJ may pursue a lawsuit under both the ECOA and the Fair Housing Act, which also protects people from discrimination.

In individual cases of discrimination, enforcement varies based on the type of credit application involved, but often typically falls under the Federal Trade Commission. The FTC serves as the enforcement agency in cases involving state chartered banks that have assets of less than $10 billion and are not part of the Federal Reserve System. The FTC is also charged with enforcement for retailers, finance companies, and most creditors.

The Consumer Financial Protection Bureau (CFPB) is the enforcing agency for banks, savings associations and credit unions that have assets of more than $10 billion. When it comes to mortgage brokers, mortgage originators, mortgage services, lenders of private student loans and payday lenders of any size, both the CFPB and the Federal Trade Commission (FTC) are charged with enforcement.

The Comptroller of Currency (OCC) has enforcement authority over national banks, federal savings associations, and federal branches of foreign banks.

For smaller financial institutions, those with assets of less than $10 billion, the Federal Reserve Board serves as the enforcement agency, except in the cases of national banks and federal branches of foreign banks.

The federal government has prohibited discriminatory lending practices among creditors for decades. If you believe that you’ve been discriminated against on the basis of race, color, religion, national origin, sex, marital status or age, or for receiving public assistance, there’s help:

Having access to credit opens many financial opportunities to achieve personal goals — whether that’s a mortgage loan for a first home or a 0 percent APR balance transfer card for consolidating debt. Knowing your rights under the ECOA ensures that you have a fair and equal chance at obtaining credit.

SHARE:
Written by Jennifer Calonia Contributing writer
Read more from Jennifer
Jennifer Calonia is an L.A.-based writer and editor. She's covered topics like debt, saving money and credit cards. You can find her work on Business Insider, Forbes and more.
Edited by
Aylea Wilkins
Edited by Aylea Wilkins Loans Editor, Former Insurance Editor
Aylea Wilkins is an editor specializing in student loans. She has previously worked for Bankrate editing content about personal and home equity loans and auto, home and life insurance. She has been editing professionally for nearly a decade in a variety of fields with a primary focus on helping people make financial and purchasing decisions with confidence by providing clear and unbiased information.
Aylea Wilkins
Loans Editor, Former Insurance Editor 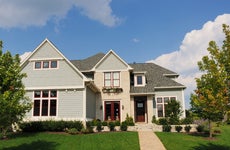 What is the Home Ownership and Equity Protection Act (HOEPA)? 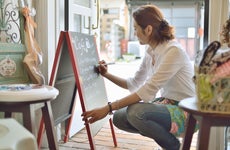 What is a business line of credit and how does it work? 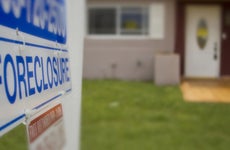 What is right of redemption? 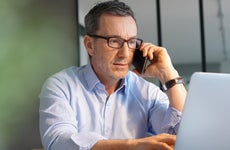 What is the Fair Debt Collection Practices Act (FDCPA)?