Where you bank can promote racial equity and inclusion. Supporting Black-owned banks can help economically empower an underserved community, in which Black and African Americans historically have faced discriminatory banking practices and systemic racism.

As an alternative to larger institutions, Black-owned banks have provided mortgages, loans and accounts to people of color when other banks would not provide those services to them.

“Black banks are typically mission-focused, and they are all community banks,” says Michael Neal, principal research associate for the Housing Finance Policy Center at the Urban Institute.

What is a Black-owned bank?

Being a Black-owned bank or credit union is a federal designation. The Federal Deposit Insurance Corp, or FDIC, classifies these institutions as Minority Depository Institutions, or MDIs. The federal government defines MDIs as any depository institution in which minority ownership is 51 percent or more, or in which the majority of board members is composed of minority members and the community the bank serves is predominantly minority.

“What makes that more poignant is that Black-owned banks have a fraction of the assets that the mainstream banks have,” says Stephone Coward, co-founder of Bank Black USA, an organization that formed out of the larger #BankBlack movement to encourage consumers to move their money to Black-owned banks.

“It is crystal clear that Black banks have not benefited from the same level of support from the government and big business that the ‘Big Banks’ have,” Coward says. “They have significantly fewer resources to pull from to support the communities they serve and beyond.”

As of Dec. 31, 2021, there were 509 credit unions that qualify as minority institutions out of 4,942 total credit unions. Seventy-one percent of these minority credit unions were partially or completely Black owned.

Though not federally designated, Black-owned fintech firms are gaining momentum in the minority-focused banking sector. They include Brooklyn, New York-based Breaux Capital and Novae Financing, Conyers, Georgia, among many others.

Black-owned banks have been around for more than 130 years, dating back to the charter of the True Reformers Bank in 1888. The bank came into existence after the failure of the Freedman’s Savings Bank, which the U.S. government established in 1865 to offer financial services for newly freed African Americans.

“Unfortunately, it was not run by African Americans, so there was a disconnect in terms of the investments made by those managers,” says Kenneth Kelly, former chairman of the National Bankers Association, the trade group for minority banking, and CEO and chairman of First Independence Bank in Detroit.

Freedman’s Savings went bankrupt in less than a decade.

The Greenwood district of Tulsa, Oklahoma, was a vibrant African American community that developed in the early 1900s. Also known as Black Wall Street, it comprised thousands of houses and thriving Black-owned businesses. In the spring of 1921, social and economic unrest led to the Tulsa Race Massacre in which an angry mob killed up to 300 African American residents and destroyed millions of dollars’ worth of property.

The 35-block community was gradually rebuilt and thrived again, with 242 Black-owned and Black-operated businesses by 1942. In the decades that passed, however, it subsequently declined, due to factors such as the aging of its pioneers, redevelopment and the building of a highway.

Black-owned banks flourished during the civil rights movement of the 1950s and ‘60s, and about 50 institutions were operating by 1976. Those numbers shrunk during the savings and loan crisis of the 1980s, and again during the Great Recession. Only about half of the Black-owned banks that existed in the early 2000s remain today.

“This is an opportunity for everyone to consciously include a sector or financial institution that historically they may not have,” the Urban Institute’s Neal says.

How you can support Black-owned banks

One of the primary ways to support Black-owned banks is simply by doing business with them, either by opening an account or taking out a loan or line of credit. Another approach is to become an equity stockholder in a Black-owned financial institution.

Some banks are seeing an increase in deposits in response to the #BankBlack movement, according to the Federal Reserve Bank of St. Louis. Companies that have chosen to invest in Black-owned banks include Netflix, which announced in 2021 it would deposit about $100 million — 2 percent of its cash holdings — into Black-led banks and other financial institutions. PayPal pledged $530 million in support of minority-owned companies and banks in 2020.

A common misconception is that Black-owned banks only lend to minorities, which couldn’t be further from the truth, First Independence Bank’s Kelly says.

“While true that these institutions have a propensity for serving minorities, they also serve the needs of any people who desire to do business with them,” Kelly says.

Because Black-owned banks serve an essential role in building wealth in minority communities — but are declining in number — these institutions need support on a policy level, too, says Neal of the Urban Institute.

“Calling your member of Congress is one key way of putting that on his or her mind,” Neal says. “It’s an inexpensive, immediate step people can take, particularly since this is an election year.”

Black-owned banks have been dwindling in number, but customers who don’t live near a branch can often take advantage of digital-banking services offered by some of the banks. OneUnited is a Black-owned bank with six branches in three states, yet customers throughout the country can open and manage accounts online.

Another digital option is newly formed Greenwood, a financial services company with plans to offer online-only banking products. The Black-owned company provides five meals to a food insecure family whenever an account is opened. Customers can automatically round up spare change from purchases to support organizations such as the NAACP or the United Negro College Fund (UNCF)

Why consider banking with a Black-owned bank?

Doing business with a Black-owned bank or credit union is a way to show solidarity with Black communities that may have experienced discriminatory banking practices and systemic racism.

“It is crystal clear that Black banks have not benefited from the same level of support from the government and big business that the ‘Big Banks’ have,” says Coward of Bank Black USA. “They have significantly fewer resources to pull from to support the communities they serve and beyond.”

As community banks, these institutions can provide opportunities to develop a closer relationship with your banker.

“Those customers who had relationships with their bankers were more likely to be successful earlier than those who did not,” Kelly says. “When you’re working with larger institutions, sometimes it’s easy to get lost.”

How to switch banks

When deciding to move your money from one institution to another, Bank Black USA’s Coward recommends doing so at a pace that is comfortable to you. “Making the switch does not mean that you have to move all your money at once,” Coward says. “You can start with savings and build your way up to a checking account.”

Anytime you switch your funds to a new bank account, remember to also move your direct deposits and automated transfers. Also, factor in any fees your new bank may charge.

Even though not all areas of the country have a Black-owned bank, you can find an institution where you can open an account online. One such website is Mighty Deposits, which allows you to search for banks owned or led by Black Americans.

“Black banks, by themselves, are by no means the panacea to closing the racial wealth gap or ending systemic racism,” Coward says. “However, they can be a tool, an arrow in the quiver and part of a multipronged approach to improving the financial stability and, ultimately, the financial literacy of communities in need.”

A history of systemic racism can be seen in the U.S. banking system, as seen in the disproportionate number of Black- and other minority-owned banks compared to big banks. Black-owned banks also possess significantly fewer assets than larger banks. Though much change is needed to bring about equity, initial steps have been made in the right direction, thanks to the #BankBlack movement and investment in minority-owned financial institutions. 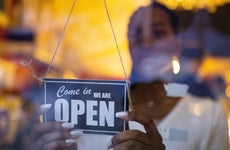 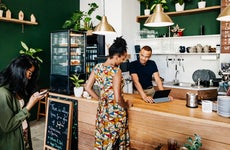 How to support Black-owned businesses 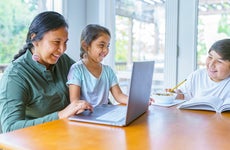 What are Native American-owned banks and how to support them? 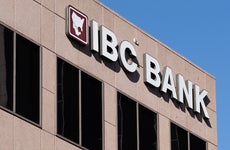 What are Hispanic American-owned banks and how can you support them?