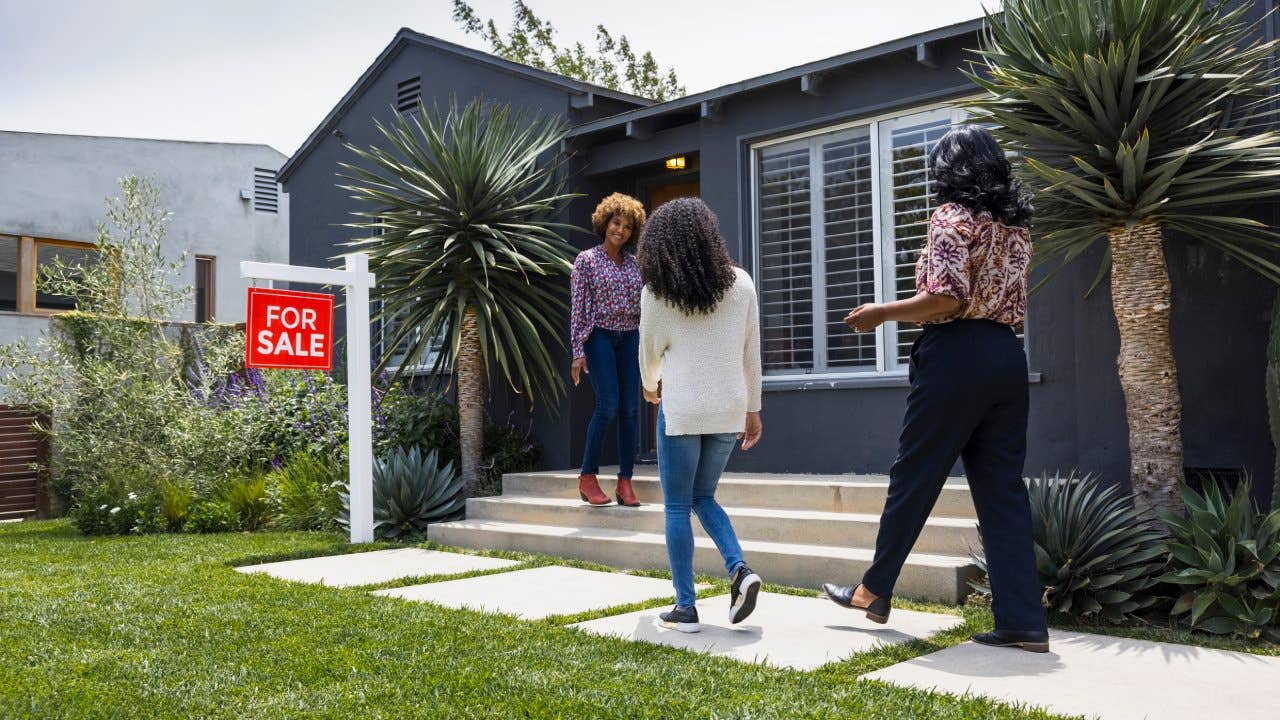 In the first year of the pandemic, home values defied expectations by skyrocketing. During the second year of life with COVID, property prices soared even more.

U.S. home prices now are at record levels, and the upward trend shows little signs of slowing. The supply of homes for sale remains low, and bidding wars are still common — even amid increasing affordability challenges and a spike in mortgage rates in recent months.

The 2022 housing market is so hot that homeowners, investors and economists can’t help but think back to the housing bubble of 15 years ago — and wonder if another wrenching crash is in the future. Even normally sober analysts, such as researchers at the Federal Reserve Bank of Dallas, warn of a reckoning.

“Our evidence points to abnormal U.S. housing market behavior for the first time since the boom of the early 2000s,” a group of Dallas Fed economists wrote in a widely cited report published in late March. “Reasons for concern are clear in certain economic indicators — the price-to-rent ratio, in particular, and the price-to-income ratio — which show signs that 2021 house prices appear increasingly out of step with fundamentals.”

To be clear, the Dallas Fed researchers don’t think the housing market is in for a crash like the one U.S. homeowners endured in 2008. In the aftermath of the global financial crisis, home prices in the frothiest markets plunged by 50 percent.

“Based on present evidence, there is no expectation that fallout from a housing correction would be comparable to the 2007-09 Global Financial Crisis in terms of magnitude or macroeconomic gravity,” they write.

Even so, the housing market is overheated, and a cooldown could cause pain, says Ken H. Johnson, a housing economist at Florida Atlantic University.

“Housing prices have diverged significantly from fundamental pricing, mostly due to near record-low interest rates, the pandemic and a dramatic inventory shortage,” Johnson says.

Nationally, home prices increased 20 percent from February 2021 to February 2022, according to real estate data firm CoreLogic. That sort of sustained run-up creates all sorts of economic fallout, as some buyers stretch their budgets to afford homes and many renters find themselves locked out of homeownership altogether.

“We’re seeing these gigantic increases in home prices — and that’s not something we want to continue to see happen,” says real estate analyst Paige Mueller, founder of Eigen10 Advisors in Alamo, California, and speaker at a recent Urban Land Institute conference in San Diego.

As a result of skyrocketing prices, it’s getting harder for Americans to afford homes. Just 54.2 percent of homes sold during the fourth quarter were affordable to families earning a typical income. That number stood at 66 percent in the first quarter of 2020, the start of the pandemic, according to the NAHB/Wells Fargo Housing Opportunity Index.

Compared to the last real estate boom, however, the landing from this run-up promises to be much softer, many housing analysts say.

“Price growth is likely to slow, but prices aren’t likely to decline,” says Oscar Wei, an economist at the California Association of Realtors.

Here are three reasons why:

Bubble Buffer 1: A lack of supply

The inventory of existing homes for sale reached record lows in early 2022. While the squeeze has eased somewhat, the National Association of Realtors reported just a two-month supply of homes for sale in March. That’s way below the six months of supply that economists say signals a balanced market, one that favors neither buyers nor sellers.

While 20th century development patterns in the U.S. were characterized by sprawling subdivisions, the land available for that type of construction is mostly gone, at least in the priciest metro areas. Now, developers are focusing on smaller in-fill projects and repurposing old shopping malls, office buildings and golf courses into housing.

During the lending frenzy of 2005 to 2007, anyone could borrow nearly any amount of money, regardless of the size of their down payment or the health of their credit score.

That era of historically loose lending standards proved short-lived. The Mortgage Bankers Association’s Mortgage Credit Availability Index soared to a record high during that bubble, then plunged to a fraction of that level during the crash. Mortgage standards have remained tight to this day — to qualify for a home loan, borrowers generally need some combination of good credit, high income and large down payments.

The demographic forces driving housing look different, as well. In 2005, members of Generation X were hitting their prime homebuying years. There was just one problem: Gen X wasn’t very big, certainly not compared with the baby boomers who preceded them.

Much of the demand during the last bubble was driven by boomers buying multiple homes, and by enterprising Gen Xers becoming property barons.

Today, the millennial generation is in prime time for household formation. Unlike Gen X, this is a large age cohort. According to the Pew Research Center, there are 62 million millennials, compared with just 55 million Gen Xers.

Meanwhile, the current housing boom is accompanied by an explosion of Hispanic homebuyers. That group is expected to emerge as a major force in homebuying in the coming years.

And the oldest members of Generation Z — an age cohort even larger than millennials — are in their mid-20s. As they form households, demand for housing will continue to expand.

A housing slowdown seems all but inevitable, but the contours will vary by geographic location.

Underscoring that point, CoreLogic says home price appreciation has varied widely across the U.S. Naples, Florida, had the highest annual appreciation rate in February, at 41 percent, followed by Cape Coral, Florida, at 40 percent. On the opposite end of the housing boom, values in Elmira, New York, rose just 3 percent, while Ithaca, New York, experienced appreciation of 5 percent.

Johnson anticipates any housing slowdown to play out unevenly. In metro areas experiencing population growth and inventory shortages, home prices aren’t expected to crash, but instead remain unaffordable. However, metro areas with shrinking populations and plentiful supply could experience a crash.

“We will almost certainly see varying results mostly summarized by chronic affordability issues in areas with increasing populations and persistent inventory shortages,” Johnson says. “In these cities, price corrections will be less severe resulting in a sustained period of unaffordable housing. In other areas characterized by declining populations and less severe inventory issues, we will witness significant price decline looking very much like the last time around.”