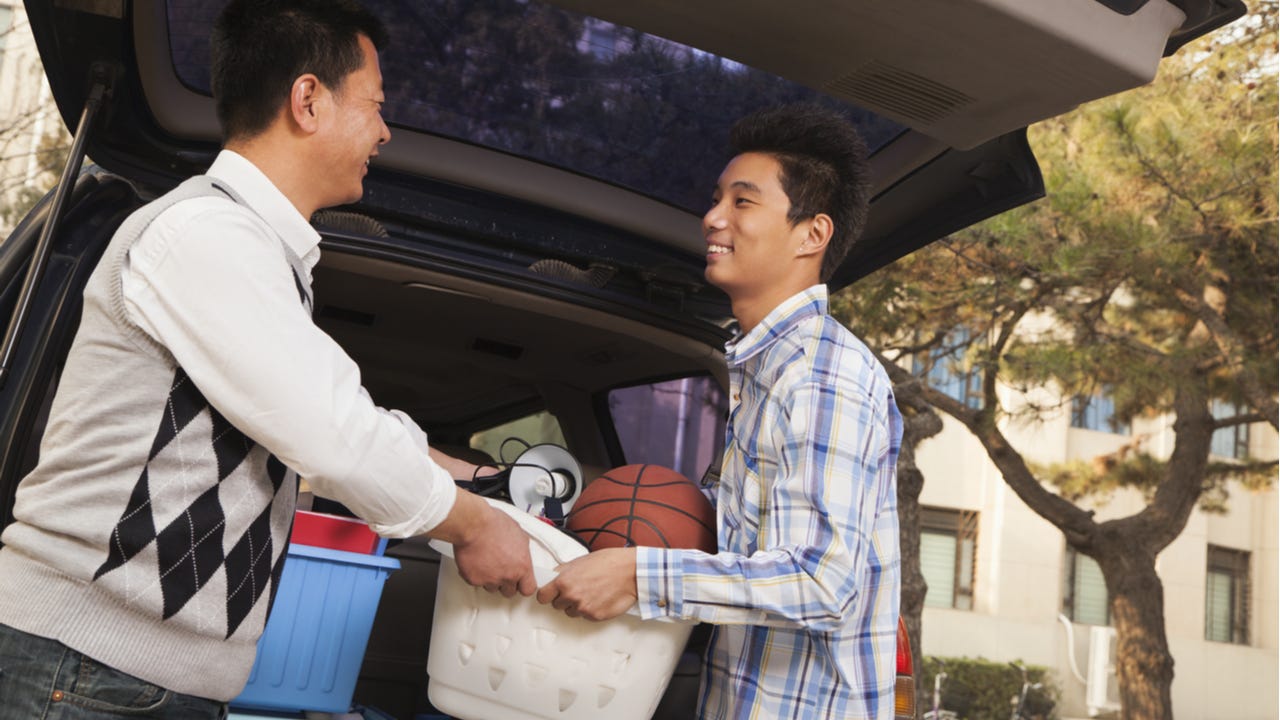 How to get in-state college tuition

If you’re a dependent student, you can establish residency in a state only if one of your parents has been living in that state prior to your enrollment, usually for at least 12 months prior. If you’re an independent student, the same principle applies: You generally need to live in the state for a full 12 months before you can apply for resident status.

You can typically provide proof of residency with a lease agreement, utility bills, pay stubs or a letter from your employer. Living in a dorm also does not typically count as living in the state, so you’ll have to live off campus.

The state may also require you to provide evidence that you intend to remain in the state for more than just educational purposes. For example, you can get a driver’s license issued by that state, register your vehicle in the state or move your voter registration from your home state. In other words, you need to show that you plan on staying in the state long-term. You’ll also need to prove that you’re financially independent and a U.S. citizen, a permanent resident or a noncitizen with an eligible visa.

In some cases, you may be eligible for an exemption to these rules. For example, you may be married to someone who qualifies as a resident. Check with your school for an idea of which exemptions you’re eligible for.

Some states participate in regional tuition exchange programs, which allow students in neighboring states to qualify for a reduced tuition rate at select schools.

For example, the Western Undergraduate Exchange includes 16 states and territories. Students who participate in this program won’t pay more than 150 percent of the in-state tuition rate if they attend a school within the region.

Visit the National Association of Student Financial Aid Administrators for a complete list of other regional exchange programs.

Instead of or in addition to a regional exchange program, some states may have reciprocity agreements with individual states.

For example, Wisconsin residents can attend public schools in Minnesota and pay in-state tuition rates, and vice versa. Check with your state to find out if there is an agreement like this in place.

Some colleges have agreements with other schools to provide in-state tuition for students from those schools.

The National Student Exchange has more than 150 participating schools in the U.S., Canada, Guam, Puerto Rico and the U.S. Virgin Islands. If your school is in the program and you attend another school in the program as part of this “study away” program, you’ll pay either the hosting school’s in-state tuition rate or your home school’s tuition rate.

You can stay at a host school for only one full academic year, but you can spend time at multiple participating schools during your college career.

Is establishing residency worth it?

Taking the time to establish residency can save you a ton of money — an average savings of $16,820 per year adds up to $67,280 over four years. However, it can be challenging to meet all of the residency requirements, especially if you’re a younger student and still primarily dependent on your parents.

If you’re thinking about taking a gap year to complete the process, consider that it will delay your college graduation by a full year. This isn’t always a bad thing; a gap year could give you the chance to work and save up for college expenses and establish financial independence.

A more significant drawback is the fact that you’ll need to relinquish your residency status in your home state. You’ll no longer be registered to vote there, and if the income tax rate is worse in the new state, you’ll need to factor in that additional cost.

Do your due diligence on the process and how likely it is to pay off. If it doesn’t work out, you may end up graduating a year later and still end up paying a higher out-of-state rate.

Other ways to lower tuition costs

There are other ways you can save money on college beyond qualifying for in-state tuition.

Additionally, many private organizations offer scholarships and grants to college students who qualify. Websites like Scholarships.com and Fastweb provide access to millions of opportunities.

Both in-state and out-of-state students may qualify for federal financial aid, including student loans, grants and work-study. Federal grants like the Pell Grant and the Federal Supplemental Educational Opportunity Grant (FSEOG) are given to students who qualify based on demonstrated financial need.

Most states provide grants only to students attending in-state programs, but this varies by state. Visit your state’s department of education website to see what its funding rules are.

This strategy works best if the community college has an articulation agreement with the four-year school you hope to attend later on. This means that your credits will automatically transfer as long as you maintain a certain GPA.