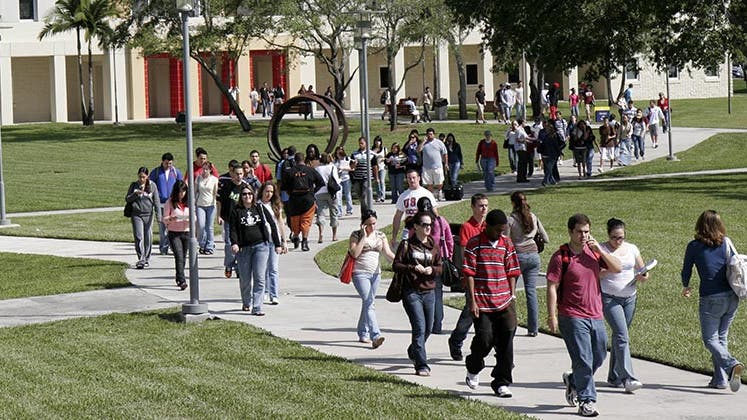 If you’re intimidated by the rising cost of college tuition, you’re not alone. Data released from the research and advocacy group, Young Invincibles, show that college tuition and fees at public universities have risen an average of 28% since 2008, with states such as Georgia and Arizona raising prices by 68% and 72%, respectively. But don’t stress yet; there are ways to fight college tuition inflation.

Here are the best tips on how to pay for college.

“It is advantageous for students to apply for scholarships early,” says Kelly Tanabe, co-author of “Get Free Cash for College: Secrets to Winning Scholarships.” “There are some scholarship programs that place limits on the number of applications they will consider. So if you delay applying, it’s possible that your application will not be accepted.”

Early birds also have an advantage when applying for federal student aid, Tanabe says. While private scholarships have their own application deadlines, students can apply for federal financial aid, starting Jan. 1. Since some federal awards are given out on a first-come, first-served basis, applying early can pay off.

Tip 2: Save in the right name

Where you save can count just as much as how much you save. To make sure that your college savings aren’t detracting from your family’s financial aid package, Joe Hurley, founder of SavingForCollege.com, recommends that families place their assets in accounts held in the parents’ names.

“The first dollar of (assets held in the student’s name) will impact a family’s expected contribution,” says Hurley. “That can lower the financial aid package.”

Student assets — any cash stored in a checking or savings account, a business venture, real estate, or an investment in the child’s name — are assessed at a rate of 20%. That means that for every dollar the student saves, the federal government will subtract 20 cents of every dollar in the student’s financial aid package. The assessment rate for parental assets is much less stringent. A maximum of 5.64% of a parent’s assets are assessed on the Free Application for Federal Student Aid.

The 2 exceptions are 529 college savings plans and Coverdell education savings accounts, Hurley says. Funds in these types of accounts are assessed at the parental rate, regardless of whether they’re held in the student’s or parent’s name.

One major drawback of working in public service is that the salaries that come with jobs in fields such as social work, public defense and education are sometimes substantially lower than salaries in other fields.

If student debt is holding you back from pursuing a public service job, the government is here to help. Under the federal Public Service Loan Forgiveness Program, students who have direct loans (which are only federal loans, not private) and who work full time in public service fields are eligible to have any leftover federal debt forgiven after they make consecutive payments for 10 years.

RATE SEARCH: Find the best rates on personal loan to pay for college now at Bankrate.com.

The U.S. government defines “discretionary income” as earnings greater than 150% of the poverty line for your family size and state of residence. For a single-person family living in the contiguous states, 150% of the poverty line equals $17,820. Borrowers earning less than that will have a monthly payment set at zero, but will still have those free payments count toward loan forgiveness. Any forgiven debt under Public Service Loan Forgiveness is not taxable by the IRS.

Kalman Chany, author of “Paying for College Without Going Broke,” says that parents may, but don’t always, qualify for more financial aid if they store assets in places that aren’t considered on the FAFSA. That includes paying off unsecured debt such as personal loans. Money also owed to credit card companies or on auto loans aren’t considered in the federal needs formula.

“But if you pay off your debt with that cash before you turn in the form, you could be eligible for more aid,” Chany says.

Parents and students don’t have to shoulder the burden of college costs alone. Grandparents, family members and even benevolent strangers can contribute to a student’s 529 plan, and there are perks built in for those who give big.

The IRS reports that individuals can give financial gifts up to $14,000 per year per beneficiary to a 529 plan, without paying a gift tax.

The FAFSA — the document that makes students eligible for federal grants and loans — looks intimidating, but that shouldn’t scare students away.

“There are a lot of myths about the FAFSA — it’s really arduous, it’s hard to fill out, it will take forever,” says Melanie Heath, spokeswoman for the Utah System of Higher Education. “Really it takes about half an hour, and based on your financial need, you can qualify for over $5,000 in Pell Grants. In Utah, at many of our public institutions, that would pay for an entire year of tuition.”

The FAFSA not only qualifies students for federal aid, it also may qualify students for awards given out through their colleges or through private scholarship programs.

“You should definitely complete the FAFSA, even if you think you won’t qualify for federal aid,” author Tanabe says. “In financial aid, there are many factors taken into consideration, including income, assets and number of students (living in your home). While you may think that one of these factors is too high for you to receive aid, when the financial aid officer looks at your entire financial picture, you may have more need than you think.”

Colleges and universities vary dramatically in how much financial aid they have to give. Certain schools, such as the Webb Institute in Glen Cove, New York, and the Curtis Institute of Music in Philadelphia, offer full-tuition scholarships to every admitted student, while some “work colleges,” such as College of the Ozarks in Point Lookout, Missouri, offer free or reduced tuition in exchange for student work.

Tuition-free colleges are rare. Even historically free schools such as the Cooper Union for the Advancement of Science and Art in New York and Franklin W. Olin College of Engineering in Needham, Massachusetts, have started charging some tuition in recent years.

The golden rule of college finance still rings true: Start saving early to maximize the compound interest. According to Bankrate.com’s college savings calculator, parents who start investing $200 per month when their child is born will have about $79,500 in that account by the time their child turns 18, assuming a 6% rate of return. Families who wait to start investing will need to stash a lot more cash to make up for the time difference.

Assuming the same rate of return, parents who begin investing when their child is 10 years old will need to save $650 per month — more than 3 times the amount of the early bird family — to accumulate the same level of college savings.

The best way to maximize your chances for winning a scholarship is to first apply for those you’re most likely to win. According to Tanabe, that means applying for federal aid first, hitting up your college of choice for funds and rooting out awards offered through local organizations, clubs and professional groups.

“You’re going to have a much higher likelihood of getting a scholarship that fewer people are applying for,” she says.

When comparing plans, Heath of the Utah System of Higher Education recommends researching 529 plan ratings through organizations such as Morningstar, looking into your home state’s 529 plans first to figure out what state tax incentives you may be eligible for and remembering that you can invest in any state’s 529 plan, not just where you reside.

“(529) funds can be used at any institution that accepts federal aid,” Tanabe says. “That gives you a huge amount of institutions to choose from across the nation.”