President Joe Biden just announced that millions of student loan borrowers will have $10,000 to $20,000 of their federal loans forgiven. He also announced that the federal student loan payment pause will be extended through Dec. 31, 2022, and proposed both a new income-driven repayment plan and permanent changes to Public Service Loan Forgiveness.

For many borrowers, today’s announcement is long-awaited; Biden first proposed forgiving $10,000 worth of student loan debt when he was campaigning for the presidency. The administration has also promised that this is not the end of the story, saying that the Education Department is working on ways to reduce the cost of higher education and take action against colleges with the worst debt levels.

Borrowers who make less than $125,000 will qualify for student loan forgiveness

Borrowers must be below a specific income cap to qualify for forgiveness. The administration will forgive up to $10,000 in federal student loan debt for every individual borrower who makes less than $125,000 annually, and married borrowers who filed their taxes jointly will be eligible for forgiveness as long as they make less $250,000 annually. Current or former Pell Grant recipients are eligible for up to $20,000 in federal debt cancellation if they meet those income requirements.

The Education Department said in today’s press release that the forgiveness application will be available before the payment pause expires on Dec. 31, but mentioned that nearly 8 million borrowers may be able to receive this relief automatically. In a press conference today, Biden said that 95 percent of federal borrowers are expected to benefit from the forgiveness, which includes 27 million Pell Grant-eligible borrowers, and 45 percent of borrowers will have their loans fully canceled as a result of this action.

“Today, we’re delivering targeted relief that will help ensure borrowers are not placed in a worse position financially because of the pandemic, and restore trust in a system that should be creating opportunity, not a debt trap,” said Education Secretary Miguel Cardona in a statement.

Sen. Bob Menendez commended Biden’s decision to forgive student debt and extend the payment pause. He also assured borrowers that their forgiven debt is considered nontaxable income due to the Student Loan Relief Tax Act. “Millions of Americans will not face a surprise tax bill next year because of the President’s historic decision to cancel student debt,” Menendez said.

Sen. Elizabeth Warren, one of the most vocal advocates for student loan cancellation in recent years, also celebrated the move. “By canceling student debt, President Biden is helping working people who are struggling with rising costs,” she said in a tweet. “He’s freeing people up to buy homes or start new businesses or start families. And he’s helping narrow the racial wealth gap for borrowers. It’s a big step forward.”

Critics have long questioned the legality of broad student loan forgiveness. Because of the potential legal challenges of today’s announcements, the administration has released a memorandum on its authority to discharge student debt.

The end of the payment pause was previously set for Aug. 31 — a week from today — making this the shortest gap between the end of the pause and an announcement about an extension.

Earlier in the month, the Education Department hinted at an extension by instructing federal student loan servicers not to send repayment instructions to borrowers. However, no official announcement was made until today, which put federal servicers in a “precarious position,” according to the Student Loan Servicing Alliance.

Due to this seventh (and most likely final) extension of the administrative forbearance period, borrowers now have an added four months to prepare for the resumption of their federal payments and servicers have more time to hammer out details about the transition.

All borrowers will enter repayment with loans in good standing

Borrowers will have up to one year from the end of the payment pause to get out of default; if they do not, their loans will return to collection status. Eligible borrowers will receive instructions from the Education Department.

New repayment plan could cut payments in half for borrowers

A proposal for a new income-driven repayment plan was also included in today’s packed announcement. If a consensus is later reached, the new plan will:

The proposal is currently undergoing the federal student loan regulatory process known as negotiated rule-making. The proposals outlined today will be published on the Federal Register and are open to public comment for the next 30 days.

The Education Department is also proposing long-term changes to Public Service Loan Forgiveness (PSLF) that build on the temporary waiver that was implemented last year. The waiver, set to expire on Oct. 31, has resulted in over $10 billion in relief thus far.

The waiver broadens some eligibility and payment requirements, making it easier for public servants to qualify for federal loan forgiveness. The administration is proposing that these features become permanent — allowing more types of payments and some deferments and forbearances to be counted as progress toward PSLF forgiveness.

This proposal is also currently making its way through the negotiated rule-making process. Borrowers who think that they may qualify for PSLF need to apply by Oct. 31 to take advantage of the temporary waiver.

On Nov. 22, 2022, the Department of Education announced that the federal student loan payment pause will remain in effect until 60 days after June 30, 2023. However, if the current litigation between the Department and the Supreme Court is resolved before then, payments will resume 60 days after that date — whichever comes first. 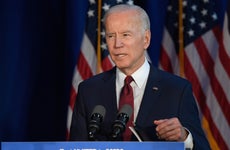 Lawmakers push Biden to announce student loan forgiveness plans, and other current student loan news for the week of Jan. 31, 2022 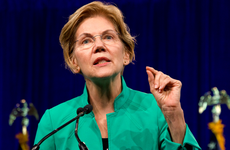