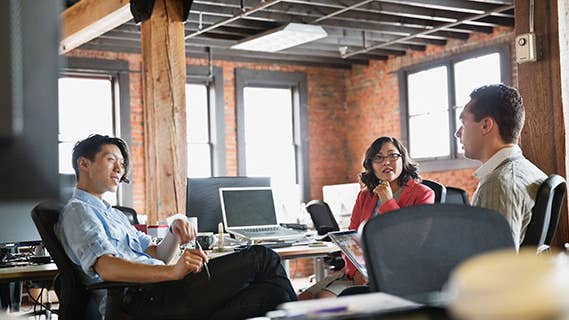 Alternative lenders originated around $5 billion in small business loans during 2014, according to estimates from the U.S. Treasury.

And while that’s only a small fraction of the approximately $595 billion in outstanding U.S. small business loans at the end of the 1st quarter 2015, small businesses are seeing alternative lenders as an increasingly viable source of funds, according to a new report from Aite Group.

Aite surveyed 1,000 U.S.-based businesses generating less than $20 million in annual revenue. It found that 26% of businesses surveyed said that they would probably or definitely consider using an alternative lender when they need credit next.

Why use an alternative lender?

Many small businesses don’t have assets to pledge as collateral. Indeed, creditworthiness for this group is often based on personal credit, Aite says. As with a personal loan, alternative lenders typically don’t require collateral.

For example, Fundation is an alternative lender that recently started offering small business loans with no specific collateral required. It provides conventional loans from $20,000 to $500,000.

In addition, the rigid credit evaluation process at most banks prevents many small businesses from getting approved for loans.

However, alternative lenders use algorithms that provide quick lending decisions and access to funds. That’s because they take into consideration things that banks typically don’t like information gathered through social media, the Aite report says.

In fact, 78% of businesses surveyed said that faster decision and access to funds was important or very important in their consideration to apply for a loan through an alternative lender.

There also can be less paperwork, greater automation and approaches to credit analysis outside the FICO score at an alternative lender — all encouraging perks for a startup or small businesses.

To be sure, while alternative lenders have their perks for small businesses, banks have their strengths, too.

Those include lower interest rates, convenience and heavier security, the report says.

Still, banks might soon have to step up their game if they want to match alternative lenders in the small-business loan world.