The past two years of vehicle prices have been a rollercoaster for both drivers and sellers. This summer saw record-high transaction prices with an average MSRP above $48,000, according to Kelley Blue Book (KBB) and monthly payments followed suit. Fortunately, car prices have been leveling this holiday season, falling 4 percent since peak prices this summer. But — simultaneously — interest rates have been on the rise.

This synchronous increase in rates and decrease in price has undermined any tangible wins for consumers. Interest rates for new vehicles climbed to 6.3 percent in October, up from 4.2 percent just a year ago, according to Edmunds data. This has compounded into a frustrating circumstance for drivers finally feeling some relief on sticker price. As the possibility of a recession looms, it is important to understand how growing inflation can ripple down and impact the monthly cost to own a vehicle.

Monthly payments are up 3%

A driver’s monthly payment is based on a number of factors, like the vehicle, the borrower’s credit and the loan term. But the cost is also affected by the benchmark rate, set by the Federal Reserve, which auto lenders use to base their rates.

As the Fed rate has increased — currently set at 4.5-4.75 percent — over the past year, the cost to borrow money has followed. This means lenders have increased the cost to finance. The more it costs to finance, the higher the interest rates and thus the higher the monthly cost is. October set a record for average monthly new vehicle payments costing $748 according to KBB.

Even though prices have fallen by almost 5 percent, monthly payments are up 3.3 percent, according to a CoPilot study. While this percent increase may seem slight, it amounts to over a thousand dollars during the lifetime of a loan.

This created an unfortunate outcome for drivers who were finally feeling relief from declining vehicle prices. Any money potentially saved is being offset by interest rates increasing. Even if vehicle transaction prices are more accessible, the cost to finance will still be much more — making it impossible for drivers to afford a car in the first place.

Lower wholesale prices have not been reflected over to retail

Logic tells us that if wholesale prices are lower, then the price that the consumer pays should follow — but unfortunately, that is not the case. Since the start of the year, wholesale prices have dropped more than 15 percent. But the average transaction price for vehicles is still much higher. This is primarily due to the continued demand for new vehicles.

October saw its highest level of new-vehicle inventory since May of 2021. But just because the vehicles are more readily available does not mean drivers can afford them.

For many drivers, the cost to buy right now is not worth it. As mentioned, October set record-high monthly payments of almost $750, according to KBB. So, even though vehicle inventory showed a bump, it remains low by historical standards. This limited available supply means continued high prices in the retail sector.

One reaction to high interest rates has driven some borrowers to finance with credit unions. The difference with financing through a credit union is based on the available money present.

Credit unions are member owned and not for profit, meaning they generally have lower fees and lower loan interest rates. In the second quarter of 2022, Experian found credit unions have trended up in market share over the past five years — falling in line with the Fed raising interest rates. Securing financing through credit unions is just one way that drivers are finding relief in this high-cost environment.

The Federal Reserve walks a thin line between controlling inflation and maintaining accessible prices for consumers. The auto market is one example of where inflation is not yet under control. And, unfortunately, these higher rates are expected to not go away anytime soon.

“Affordability will be challenged for years to come in both the new and used markets,” explains Cox Automotive Chief Economist Jonathan Smoke. “It’s not the Fed’s fault, but it will impact consumer access to transportation.”

KBB found an average earner would need to work over 40 weeks to pay off a new vehicle. Statistics like these, Smoke notes, are making vehicle financing especially challenging for lower earners. “Higher rates are already shifting access to vehicles and financing towards wealthier consumers,” he says.

Limited access to vehicles also makes it challenging for consumers to react as they may have in similarly challenging economic times. Looking back to the 2008 recession, drivers were able to benefit from vehicle incentives and the rush of dealers wanting to sell. But with less inventory available, there is no relief offered to drivers.

Overall loan balances have grown 8 percent from quarter one of 2021 to 2022, according to Experian. This feeds into the massive $16.51 trillion total household debt.

On top of overall debt growth, the number of delinquent accounts has also seen a jump. In the second quarter of 2022, TransUnion found that 3.34 percent of auto loans were more than 30 days delinquent. This is one of the highest delinquency numbers in the past couple of years. While it is true that some of this is due to backlogged accounts following the pandemic, this increase is still notable, especially for subprime borrowers who are most greatly affected.

“Delinquencies remain in line with historical levels for most credit products. However, levels have been rising over the past year, particularly among subprime consumer segments,” notes Michele Raneri, vice president of U.S. research and consulting at TransUnion.

It is also predicted that auto loan balances will surpass any remaining student loans in the first half of 2023, according to the Consumer Financial Protection Bureau. This reinforces the domino effect that moves by the Central Bank have on vehicle affordability.

So, as delinquencies return to pre-pandemic levels, it is important to understand how increasing interest rates will continue to make vehicle financing expensive — increasing the risk of delinquency.

Drivers are being met with faster than usual vehicle depreciation

On top of high vehicle cost and interest rates, drivers will likely lose money in the coming months due to faster vehicle depreciation, says Henry Hoenig, data journalist for Jerry.

The main influence here comes down due to the timing of when drivers purchase their vehicles. “People who bought used cars in the past year or two paid inflated prices,” Hoenig explains. As the used car market cools these drivers are at the highest risk of rapid depreciation.

But it is not all bad news for vehicle owners. “For at least the next year or so used vehicle values likely won’t fall back to where they were before the big runup over the past two years,” Hoenig says. This is due mainly to the fact that supply won’t return to normal levels soon.

Now may not be the best time to buy a car

High vehicle costs are not the only expense that Americans are currently being met with. “Consumers are being pressured on multiple fronts, first by this environment of high inflation, and secondarily by the higher interest rates that the Federal Reserve is implementing to tamp it down,” Raneri explains.

Buying a vehicle can be one of the most expensive purchases many people make — and with steep interest rates, patience may be a winning strategy. The truth of high prices is somewhat unavoidable but waiting for a big purchase like a vehicle can mean money saved. If you do not have the privilege of waiting, prepare to spend more money and consider tips to save when buying a car in a high-cost environment. 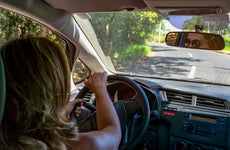 The impact of inflation on the cost of owning a car 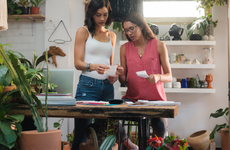 How does inflation impact your credit?