Dogecoin is a kind of cryptocurrency that began as a spoof on Bitcoin — yes, a joke! Now it’s one of the most highly valued cryptocurrencies, thanks in part to a plug from Tesla CEO Elon Musk that jolted the digital currency into popular consciousness and then the stratosphere.

Here’s what Dogecoin is, what it does, where it comes from and how to buy it.

Dogecoin is one of the thousands of cryptocurrencies that have recently come into existence. But unlike many other digital currencies that were created to solve a problem, Dogecoin was created literally to poke fun at Bitcoin and the silliness of buying a digital asset that was not backed by any asset or cash flow. Now the tables have turned, and Dogecoin is worth money.

Everything about the coin’s origins points to its joke-y nature:

Despite its origins as an attempt to poke fun at the crypto arena, Dogecoin has captured the fancy of the investing, or speculating, public. It’s popular with traders on Robinhood, and the reported total value of all Dogecoins in existence is about $8 billion, as of September 2022.

What can Dogecoin be used for?

Like other cryptocurrencies, such as Bitcoin, Dogecoin can act as a way to transfer money between people, either as a payment for goods or services, or simply to send cash. Users can also make transactions semi-anonymously, even if a record is available publicly on the blockchain. And they can do it without going through a traditional intermediary such as a bank.

Dogecoin operates on a decentralized network of computers that uses a distributed ledger called a blockchain. Think of a blockchain like a long -running receipt of the transactions in the currency. The computer network verifies transactions and ensures the integrity of the data, and then records that data (nearly) indelibly on the blockchain.

Where do Dogecoins come from?

Like other cryptocurrencies, Dogecoin is “mined” by the decentralized network of computers that runs the currency. The networked computers perform complex mathematical calculations that effectively unlock coins or fractions of coins as a reward for processing transactions.

As of September 2022, about 132.7 billion Dogecoin were in existence, though new coins are created literally every minute. And unlike Bitcoin — which has a hard cap on its total issuance – Dogecoin has no cap on the number of coins that can be mined. Literally, an unlimited number of coins can be created. However, the annual issuance of new coins is limited to 5 billion and that issuance can proceed indefinitely.

How to buy Dogecoin

You can buy Dogecoin through many different sites, and your choice of which one to use may depend on what your purpose is:

If you’re looking to use your crypto holdings, it’s useful to have a crypto wallet that can add an extra layer of protection beyond what is usually offered through an exchange. (Here are some of the top cryptocurrency wallets and what they can offer you.)

Is Dogecoin a good investment?

Like most cryptocurrencies (not including stablecoins, for example), Dogecoin is not backed by any assets or cash flow. That means its price is determined solely by what other people are willing to pay for it. That’s in sharp contrast to a stock, where long-term price appreciation is driven by the performance of the underlying business. The appreciation of Dogecoin relies on speculators being even more optimistic, or what’s called the “greater fool theory of investing.”

It’s for these reasons that investing greats such as Warren Buffett and Charlie Munger of Berkshire Hathaway steer clear of cryptocurrencies and advise investors to do the same.

None of this means you can’t make money trading Dogecoin, but rather that it’s unlikely to have enduring value over time.

Speculators can trade Dogecoin directly on various sites or they can invest in the companies making it and other cryptocurrencies a reality, akin to investing in the “picks and shovels” companies that served as the infrastructure of the Gold Rush. In that way, traders could win regardless of which individual cryptocurrency wins, without having to pick a winner.

If you’re opting to purchase cryptocurrency or any other investment, it’s vital to know the risks and opportunities. And with many cryptos not backed by anything at all, traders run the risk of a total loss. So those in the crypto arena should proceed with caution and not add money to a position that they cannot afford to lose. 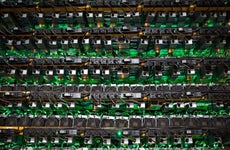 What is Bitcoin mining and how does it work? 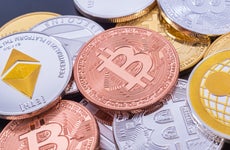 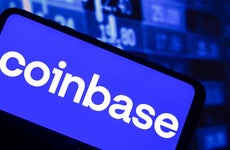 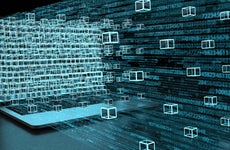