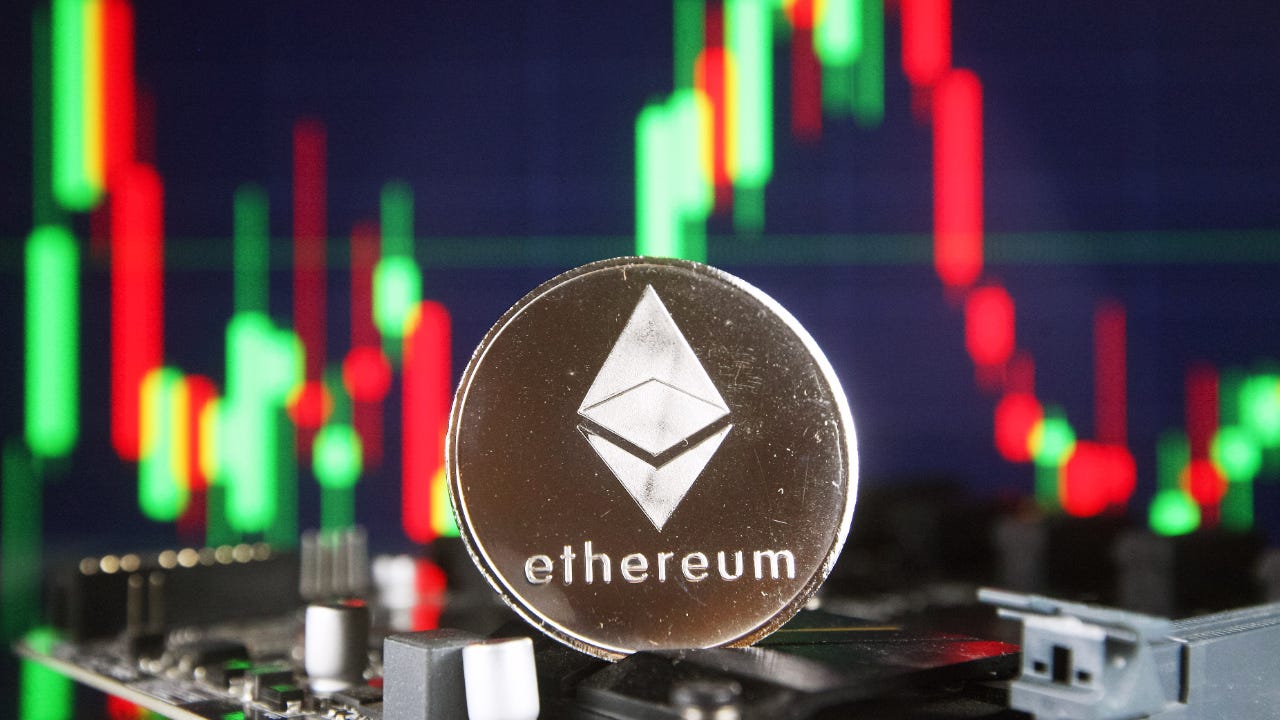 Ethereum is one kind of digital currency or cryptocurrency, a medium of exchange that exists exclusively online. Ethereum is among the most popular cryptocurrencies, and ranks second in total size (as of August 2021), behind Bitcoin, a coin that’s become synonymous with crypto.

Cryptocurrency has created a lot of controversy, from those who hail it as the world’s next payment system to those who view it merely as a speculative bubble. Here’s what Ethereum is and how it works.

Ethereum is one of literally thousands of cryptocurrencies that have sprung up over the last few years. As the brainchild of 8 co-founders, Ethereum made its debut in 2015. The cryptocurrency or platform is called Ethereum, while the individual unit is called an ether (2 ether, 17 ether, etc.)

Ethereum operates on a decentralized computer network, or distributed ledger called a blockchain, which manages and tracks the currency. It can be useful to think of a blockchain like a running receipt of every transaction that’s ever taken place in the cryptocurrency. Computers in the network verify the transactions and ensure the integrity of the data.

This decentralized network is part of the appeal of Ethereum and other cryptocurrencies. Users can exchange money without the need for a central intermediary such as a bank, and the lack of a central bank means the currency is nearly autonomous. Ethereum also allows users to make transactions nearly anonymously, even if the transaction is publicly available on the blockchain.

While the whole field is referred to in terms of currency, it may be more useful to think of crypto as a token that can be spent for a specific purpose enabled by the Ethereum platform. For example, sending money or buying and selling goods are functions enabled by the coin. But Ethereum can do a lot more, and it can also form the basis for smart contracts and other apps.

What does Ethereum do?

Ethereum can power a number of applications offering a wide range of functions:

Again, it might be more accurate to think of Ethereum as a token that powers various apps rather than as merely a cryptocurrency that allows users to send money to each other.

Where do ether coins come from?

As of August 2021, there were about 117 million ether in existence. And while new coins could be “mined,” the total annual issuance is limited. That contrasts sharply to Bitcoin, where a maximum of 21 million coins can be mined and new issuance becomes harder each year. And it contrasts still further with Dogecoin, where issuance is completely unlimited.

Ether coins and those of other cryptocurrencies are “mined” by the computers on the network. They perform mathematical calculations that effectively unlock coins or fractions of coins.

That setup is changing, however. Both the Bitcoin and Ethereum blockchains use what’s called “proof of work” to mine new coins and validate transactions. It’s an expensive, energy-intensive and time-consuming process that can clog the network. So the minds behind Ethereum have decided to change their system to a “proof of stake” system, which is nicknamed Ethereum 2.0.

The new system makes it difficult for miners to generate new coins. Instead, those who own the currency basically “stake” their own crypto holdings and validate transactions. Stakers could lose their investment if they verify transactions that don’t conform to Ethereum’s rules.

It’s expected that the changeover as well as transaction fees being “burned” – destroyed forever – will lead to fewer ether in existence and a deflationary spiral, causing the crypto to soar.

Speculators can invest in cryptocurrencies such as Ethereum directly, but they can also invest in the companies that may profit from a move toward digital currencies.

Whether you’re trading Ethereum, Bitcoin or any cryptocurrency companies, it’s vital to understand the risks, including the potential loss of your entire investment. Investors should take a measured approach with cryptocurrency, given its volatility and many risks. Those who are looking to get a taste of the action should not invest more than they can afford to lose.