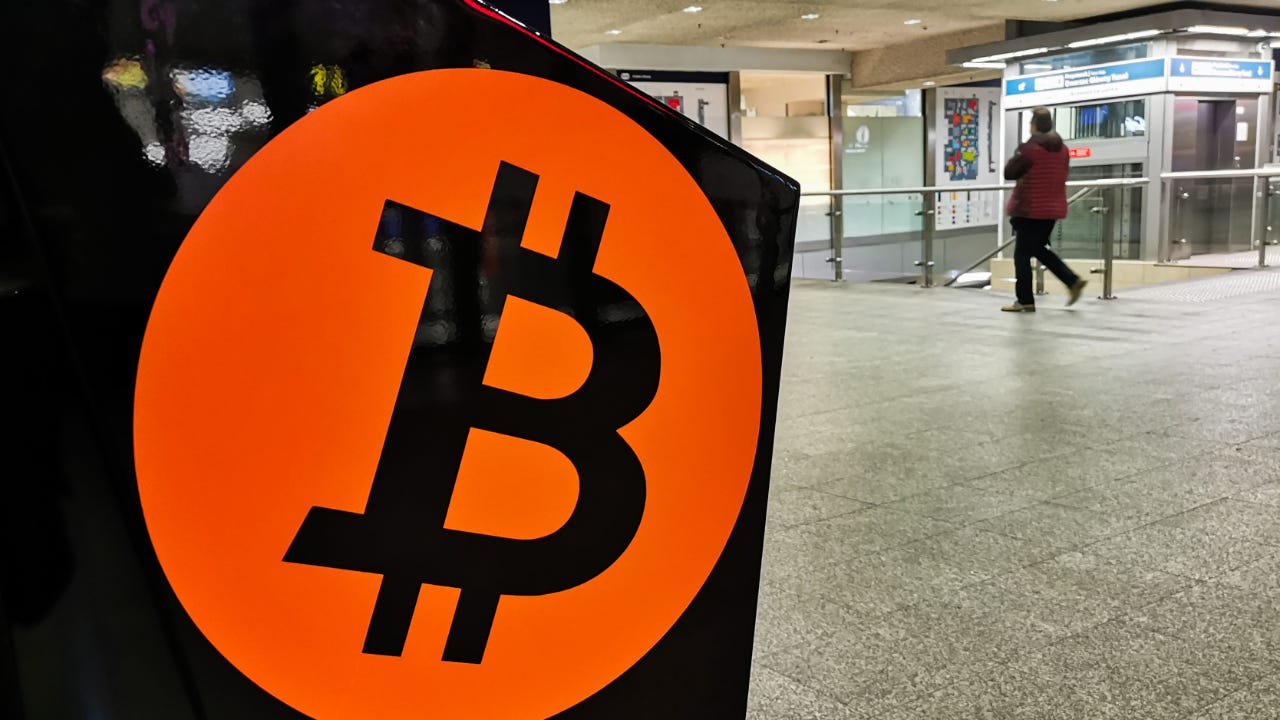 Bitcoin is a cryptocurrency with a rapidly rising popularity that’s encountered some wild swings in its price along the way. It’s been a roller coaster ride, especially in the last few years, and many traders have plunged into bitcoins with some having made millions.

If you’re considering this decentralized version of digital cash, you have a few different ways to buy bitcoins. You can buy them directly or indirectly from a few traditional brokers, as well as some newer upstarts. In fact, it’s easier than ever to buy bitcoins, and you can likely do it at a lower commission than before too.

Here are five ways to buy bitcoins and some key factors that you need to watch.

Topics covered on this page

Bitcoin is one kind of digital currency or cryptocurrency, a way to pay for things that exists only virtually. The currency debuted in 2009 and really broke into mainstream consciousness in 2017 with its rapid rise that year. Coins are created, or “mined,” when computers that organize the currency process and legitimize transactions in the currency.

Bitcoin uses a decentralized network of computers to manage everything — a distributed ledger called a blockchain that tracks transactions in the currency. It’s like a huge public record of every transaction that has taken place in the currency. And the network monitors everything, ensuring the currency’s integrity and the ownership of bitcoins.

If you’re looking to trade Bitcoin, the good news is that you now have several options. You may not even need to open a separate and specialized account to do so, since many major brokers offer a way to buy them. (Here are some of the top brokers for trading cryptocurrency.) Plus, some unexpected players – PayPal and Cash App for example – now allow U.S. residents to buy, sell and hold Bitcoin, too.

Each method below offers a different combination of cost, security and potential upside/downside.

PayPal makes it tremendously easy to directly buy or sell bitcoins using the same app that you’ve come to trust with your online payments. You’ll pay $0.50 for trades involving less than $25, and from there PayPal uses a sliding commission scale that starts at 2.30 percent for trades over $25 and declines to 1.50 percent for trades of more than $1,000. Though there’s a spread markup, you won’t pay a fee for holding cryptocurrency in your account, and you can trade as little as $1 at a time. Ethereum, Litecoin and Bitcoin Cash are also tradable here.

Coinbase is a specialized exchange for cryptocurrencies that allows you to own the digital currencies directly. You’ll be able to trade dozens of the most popular cryptos, including Bitcoin, Bitcoin Cash, Litecoin and Ethereum. For extra security, Coinbase also allows you to store your coins in a vault with time-delayed withdrawals. It charges a spread fee of 0.50 percent and then adds on a transaction fee that varies with the funding source and the size of the transaction. This fee typically adds another 1.49 percent or so to your costs but even more with a debit card.

The fee structure is confusing, to say the least, although Coinbase promises to show you what you’re paying before you actually have to make the payment.

You can pick up a few bitcoins with no direct commission by using a trading app such as Webull or Robinhood, though you’ll end up making up for it with a spread markup.

Robinhood takes its best trick – no commissions – and applies it to cryptocurrency. You’ll be able to buy bitcoins directly, and will have access to more than a dozen other digital currencies, too, a feature that other brokers listed here don’t offer. Of course, you’ll be able to buy stocks, ETFs and options while you’re on the easy-to-use platform. Read more on Robinhood.

Webull lets you trade a few cryptos, including Bitcoin. You’ll pay a spread markup of 1 percent on each transaction, however. You can also trade stocks, ETFs and options. Read more on Webull.

Another option is to buy bitcoins directly through a Bitcoin ATM, though you’re likely to pay much more in commissions than you would elsewhere. You’ll be able to buy bitcoins and some ATMs will allow you to sell them, too, using cash or a debit card. But you may need a Bitcoin wallet to make the transaction. Commissions can be pricey, with some ATMs charging around 7 percent per transaction, while the fees at others may stretch into the teens.

Buying Bitcoin: Here’s what to watch for

As you’re considering how to buy Bitcoin, you’ll want to evaluate the following factors, since they should influence your choice of where to buy it or whether to ultimately avoid it altogether.

You may also receive bitcoins as part of commercial transactions. Regardless of how you came by your coins, any transaction in the cryptocurrency is reportable to the IRS at tax time.

If you’re looking to purchase Bitcoin or other digital currencies as an investment, it’s important to keep costs to a minimum. Given the novelty of the crypto market, many brokers would love to maximize their commissions (in contrast to the stock market where trading fees have gone to zero). Those fees eat into your profits, so look for a way to minimize those frictional costs.

While the price of Bitcoin has run high quickly, it still carries serious risks that make it not suitable for everyone. Those looking for conservative investments or who cannot afford to lose money should consider avoiding Bitcoin or trading only with an amount they are willing to lose.