The Federal Reserve is set to raise interest rates at its November 1-2 meeting after hiking rates five times already this year. The nation’s central bank is expected to lift the benchmark Fed funds rate by 0.75 percentage points, according to the CME FedWatch tool, though a small minority expects rates to rise just half of a percentage point.

It’s likely not the last increase for the year, either. The odds are high that the Fed will raise rates at its December meeting as it attempts to get inflation – which hit 8.2 percent in September compared to a year ago – under control.

Higher rates have already been playing out on stocks, cryptocurrency, commodities (such as oil), as well as many other investments in 2022. But what can investors expect from here and how long will the rising-rate environment impact markets?

Prospect of higher rates and recession pressuring the market

While the Fed has already raised rates five times this year, it’s easy to spot when markets really sat up and took notice that the central bank wasn’t kidding that it was about to tighten monetary policy. It was November 2021 when cryptocurrency and many of the riskiest stocks peaked.

“The stock market is forward looking, so just the expectation of higher rates has had an impact,” says Caleb Tucker, director of portfolio strategy at Merit Financial Advisors in the Atlanta area.

Still, the broad-based Standard & Poor’s 500 Index closed the year out near its all-time highs. From there, though, it’s been mostly downhill for the index, and more so for riskier investments. It’s been a similar situation for the Dow Jones Industrial Average and the Nasdaq Composite.

“From the beginning of 2022, stocks have pulled back and interest rates have moved higher due to expectations the Federal Reserve would hike interest rates repeatedly to corral inflation,” says Greg McBride, CFA, Bankrate chief financial analyst.

The S&P 500 is down about 20 percent since the start of the year, while the tech-heavy Nasdaq Composite is down even more, about 29 percent, and the Dow Jones Industrials are off 13 percent or so. Still-riskier investments have fared much worse.

“Assets that have benefited most from ultra-low interest rates – think high-octane growth stocks with earnings well off into the future and non-cash-flow-generating assets like cryptocurrencies – have been hit hardest as markets adjust to the reality of higher interest rates,” says McBride.

For example, high-growth stocks such as Cloudflare and Carvana have fallen about 74 percent and 95 percent, respectively, from their 52-week highs in late 2021.

Top cryptocurrency Bitcoin has fallen about 71 percent from its all-time high in November. The second-largest cryptocurrency Ethereum has seen a similar drop, down 70 percent, although it recently went through something called a “merge.”

Will rising rates and inflation continue to derail stocks?

Stocks, cryptocurrency and commodities have endured notable volatility since the start of 2022 as investors have factored in rising rates and higher energy prices. But what’s in store for the rest of the year, with multiple rate hikes already completed and more seemingly in the cards?

With less money sloshing about in financial markets, that’s a net minus for investments as a whole, but investors have a notable habit of looking beyond today’s news.

But market watchers are divided as to whether the Fed will do too much or too little and whether that’s already priced into stocks. This uncertainty itself drives volatility in the markets.

In the meantime, markets continue to re-adjust to these aggressive rate hikes with the hopes that the Fed gets a better handle on inflation and reins it in. As a result, the rest of 2022 will likely remain rocky for investors.

How will higher interest rates affect crypto and commodities markets?

Two other major asset classes have had varied responses in the face of higher rates. While cryptocurrency prices have plummeted along with other risky assets, many commodities spiked higher, including oil, wheat and nickel, but many of those moves proved short-lived.

Cryptocurrency has often been touted as a cure-all for what ails you, whether that’s inflation, low interest rates, lack of purchasing power, devaluation of the dollar and so on. Those positives were easy to believe in as long as crypto was rising, seemingly regardless of other assets.

“Crypto assets had been seen as an inflation hedge, but recently they have acted more like other risk assets such as stocks,” says Tucker. “Higher rates will be a headwind for crypto assets going forward.”

Indeed, cryptocurrencies have responded to reduced liquidity as did other risky assets, by falling when the Fed announced in November that it would begin tapering its purchases of bonds and signaled higher interest rates were soon on the way.

While Raju acknowledges that crypto assets are certainly feeling the headwinds of higher rates, he anticipates an up year. “I strongly believe crypto will be a net positive in 2022 because any short declines driven by rate hikes will be offset by greater institutional and retail active trader adoption of this asset class,” he says.

While the prices of some commodities have skyrocketed, in many cases those commodities have retraced some, if not all, of those moves higher. Many commodities are well off their recent highs, as fewer supply constraints and higher interest rates work to take them down a few notches.

While many commodities have spiked and then faded, more supply-constrained and critical commodities such as oil and natural gas remain high, even if they’re below their highest levels.

How should rising rates impact your investing strategy?

Rising rates, spiking inflation, international conflict – they all create a stew of volatility for investors. But those risk factors may be overshadowing strong economic fundamentals, at least in the U.S. For example, consumers are ready to get out, travel and spend some of the cash they’ve hoarded for the past two years – and that bodes well for travel stocks.

McBride points to a solid economy, growing corporate earnings and low unemployment as notable strengths. “Those fundamentals are positive for stocks in the long run, but it will be a bumpier ride in the short term with interest rates moving higher,” he says.

With those strong fundamentals, the best way for most investors to approach this type of market is to stick to the long-term game plan. For many, the long-term plan means continuing to invest regularly in a diversified portfolio of stocks or bonds, and mostly disregarding the noise around the world. For others, the game plan may involve buying and holding well-diversified index funds. Either way, don’t let emotions get in the way of an effective long-term investing plan.

While short-term traders may be sweating rising rates, it’s vital to keep things in perspective. Rates typically rise when fundamentals are strong – and stocks tend to do well in those times, too.

Downturns can be an attractive time to add to your portfolio at discounted prices. As investing legend Warren Buffett once said, “You pay a very high price in the stock market for a cheery consensus.” That is, stocks are cheaper when few agree that they’re an attractive investment.

Interest rates have been rising fast in 2022, and the big question right now is just how high will they go. With strong fundamentals underlying the economy, investors with a long-term investing horizon may view it as an ideal time to pick up some quality investments at bargain prices.

And if stock valuations continue to plummet? Buffett has some wisdom for that situation, too: “Opportunities come infrequently. When it rains gold, put out the bucket, not the thimble.” 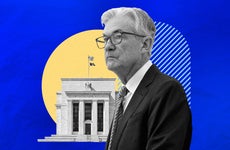 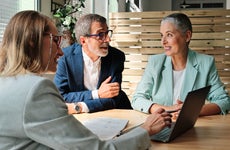 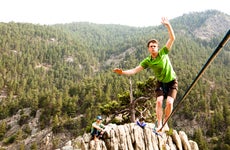 High-risk investments to avoid in 2022 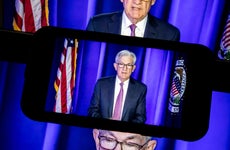