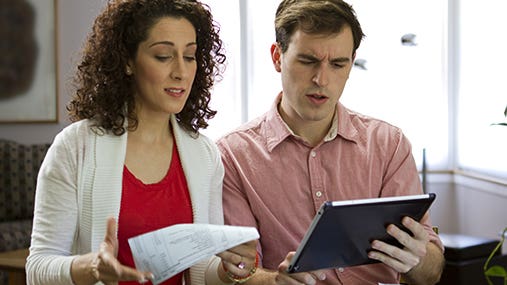 Did your pulse pick up when the Dow Jones industrial average crossed 14,000? Could you barely contain your itchy investment finger when the market eclipsed 15,000?

Consider yourself fortunate. Unlike many, you’re probably not living paycheck to paycheck but are instead focused on how your savings might ride the market moves to new highs.

You might be ready to earmark money that you can afford to lose and try your hand at playing in the market.

Taking risks with play money is a popular strategy. A survey of some 8,000 investors by Cerulli Associates and Phoenix Marketing International from August 2012 to June 2013 found that even though they had access to advice from professional sources like a financial planner or broker, 76 percent of respondents maintained a small account for experimenting with their own investment ideas, says Roger Stamper, analyst with Boston-based Cerulli Associates.

While you’re fortunate to have savings, your urge to risk some of it when buying stocks could be a misfortune, says John Gugle, principal of Alpha Financial Advisors in Charlotte, N.C. He says that studies show that individuals tend to want to buy into the market during exciting upturns and sell during downturns, depressing earnings from what they could have been if they had followed a “boring” formula of building a diversified portfolio of index funds and then sticking with it.

Here’s some advice on buying stocks on your own.

You can also check out CD investments on Bankrate.com by clicking here.

Decide whether you can play with stocks 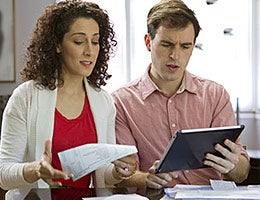 If you have diversified retirement and savings accounts for necessary goals, you can then determine whether you have enough money to carve out a portion to test your own investing acumen, says Stephen John Dygos of Schwarz, Dygos, Wheeler Investment Advisors, LLC, of Minneapolis.

“If taking out money wouldn’t put them in jeopardy (of not having sufficient retirement funds),” individuals can take some risks on their own, Dygos says.

However, Dygos says he doesn’t want people to think of investing as “play.”

He often advises clients to think about how long they had to work to accumulate the funds in the play money account. That exercise helps people to set aside a relatively modest sum, he says.

Still, many people view investing as more than simply profiting to build savings. “In our consumer surveys, we see that investing — especially amongst retirees and young men — is something they talk about with others and that is interesting to them,” Menke says.

In that view, delineating an account for trades, providing it doesn’t jeopardize overall financial security, is like spending for a hobby, she says. 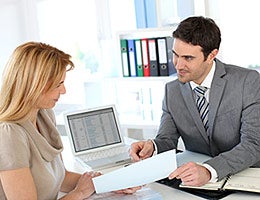 More than a dozen members of the National Association of Personal Financial Advisors weighed in to answer our question on whether and how investors should experiment with a special account for buying stocks.

So that trading commissions don’t take a big bite out of the relatively small sums relegated to the play money account, many of the NAPFA experts advise seeking out a low-cost brokerage account.

It’s smart to keep your tax accountant and/or financial adviser in the loop, whether you’re profiting or losing on trades, since both can have a significant tax impact, says Thomas Duffy, a financial planner with Jersey Shore Financial Advisors, LLC, in Red Bank, N.J.

Advisers may have ideas on how to mitigate taxes due when profits are made, Duffy says.

Indeed, Gugle agrees that losses on trades can offset taxes on gains, and when losses exceed certain yearly limits on deductions, they can be used to offset gains made in future years.

Do your research before buying 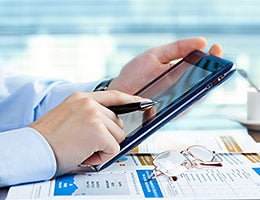 Even though you’ve set aside money that you can afford to lose, the aim is to make money, and that means you should do research before purchasing any investment, experts all advise.

That could entail accessing professional analysts’ research reports as well as recent articles in the business press to glean ideas on a firm’s prospects, says Stephen Lukan, a financial planner with John E. Sestina and Co. of Columbus, Ohio.

Despite your due diligence, some stocks will sink rather than surge as you had expected, prompting one of your more difficult decisions — whether to hold your stock or sell it at a loss.

“Research shows that people feel the pain of a loss more than the (joy) of an equivalent gain,” Mintel Group’s Menke says.

Experts stress that investing is more than an intellectual exercise. It also requires introspection.

Many planners welcome clients trying their hand at investing because of the new insight gained. “People realize how difficult it is to build a solid portfolio,” Lukan says.

Decide if the risks are too great

One sign that the public’s appetite for stocks is rebounding is the increase in margin loans.

People can often get a loan from their brokerage, using their current account as collateral and taking money out to play the market.

At the end of the 2013 third quarter, the New York Stock Exchange reported a record $401.2 billion in margin debt.

Gugle of Alpha Financial Advisors warns that borrowing to buy more securities in a play account isn’t wise. If the value of the account dips to a certain level, part or all of the loan might need to be repaid, causing the investor to scramble for funds.

Likewise, Duffy says some options strategies involve borrowing, too. Employing debt is too dangerous a terrain for relatively novice investors to navigate, he says.

It’s not just options, but even some exchange-traded funds, which might employ risky derivatives that “accelerate the price movement one way or another,” Spero says. He warns: “People tend to get excited about trendy investments that they don’t really understand and shouldn’t be in.”