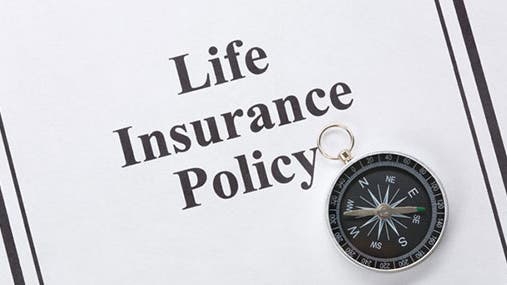 Some people seem to think of term life insurance as a kind of a marriage, holding on to the policy in sickness and in health, till death do they part.

But financial advisers say that at some point, life circumstances may change so that it makes sense to split with the policy.

“Once you are out of debt with your house paid for, your kids grown and you have been investing in mutual funds and toward retirement for the past 20 years, you will be self-insured,” says financial author and radio host Dave Ramsey.

By terminating term life coverage, you save extra money each month that can be used to help build your nest egg.

“If it has already served its purpose and is no longer needed, then there’s no reason to make the monthly or yearly payment on it,” Ramsey says.

Not quite self-insured yet? There are still certain points in life when you should re-evaluate your need for term coverage.

Instead of buying a whole life policy, you could get term for a fraction of the cost and then invest the difference, Ramsey says. “The rate of return is historically low on whole life and universal life policies. It makes more sense to invest the money in a good growth stock mutual fund.”

As its name implies, term is designed to cover you for a specific period — anywhere from 10 to 30 years — against the risk your untimely death would place on major family expenses, including your home mortgage, children’s college education costs, other loan obligations and lifestyle.

See an example of a term life insurance policy.

While term’s premiums are low and policy features surprisingly uncomplicated, it does not accumulate any cash value the way permanent life policies do.

Your age may determine how you react to that fact. Young people just starting out tend to view the high face value of their term policy as a guaranteed lottery win for their spouse, while those looking to scale back spending in retirement may view a term premium as money down a rat hole.

Kathleen Hartman, a Certified Financial Planner with Greenleaf Financial Group in Indianapolis, says term is often the only way most 30- and even 40-year-olds can afford the level of coverage most families need. Usually, this is calculated as 10 to 15 times a person’s income.

“Younger people use term to protect income,” Hartman says. “One couple, the husband said to me, ‘I’ve always heard that you can’t afford to buy as much insurance as you need,’ and I said ‘Look, we just did a $2.5 million term policy quote and it’s something like $100. I think that’s pretty affordable.”

Rick Epple, a Certified Financial Planner with Epple Financial Advisors in Wayzata, Minn., says many of his clients are couples who hold on to his-and-her term policies as a sort of “grief insurance” long after its necessary.

“I think it’s a comfort level,” he says. “It’s not a huge multiple (of income) but it’s going to give them a year to recover should something happen.

“When I look at it that way, the cost isn’t very expensive, so to me it makes sense. It’s not, ‘Oh, you’re making this horrible decision!'”

Some term policies have an option that allows you to convert your term coverage to permanent insurance.

Insurers may allow customers to migrate term coverage piece by piece into a permanent life policy. This gives customers the option of keeping some term and expanding into a whole or universal policy as long as policy coverage minimums are maintained.

Some policies even return all or part of term premiums upon conversion.

“The advantage to any conversion is that you don’t have to have evidence of insurability,” says State Farm Insurance spokeswoman Carol Carey-Odekirk. “And unlike term, at least by converting you could continue coverage past age 75 or 80.”

Opinions vary on whether such a move is practical. Typically, for anyone who qualifies for term, the cost of converting could still prove prohibitively expensive compared to continuing with term coverage.

Then again, converting may be your best option in some cases.

“Convertibility is certainly a feature I like to see included in my clients’ term policies, just in case they start a business later and may have need for permanent insurance for a buy-sell agreement, or if their health takes a turn to where all of a sudden they are uninsurable,” says Epple.

Hartman agrees: “I would rather my client have whole life than none.”

Converting also may be an option for term holders starting a second family later in life, when their income and financial situation would enable them to afford the relatively higher premiums.

But Ramsey isn’t convinced. He says the only form of insurance that you might want to substitute for your term policy is long-term care insurance.

“It is a bad decision to purchase whole life, so there’s no reason to convert from term life to whole life,” he says.

Interestingly, many long-time term policyholders prefer to keep their term life support long after their financial situation requires it.

For some, it’s a parting gift, something to cover the funeral, pay off the mortgage and endow a charity once they’ve left their last carbon footprint. For others, it keeps their options open, perhaps to convert later or automatically renew should their health take a dive.

Some customers have just gotten used to the low premiums and prefer the security of continuing their coverage.

Given the reality that most Americans are underinsured rather than overinsured, few financial planners object to clients who just feel better with a little term in hand, Hartman says.

“The whole point of term is ‘what if?'” Hartman says. “Feeling secure enough to let go of that what-if fear, you’d better be in a pretty good financial position by that point to know that you’re making the right decision.”