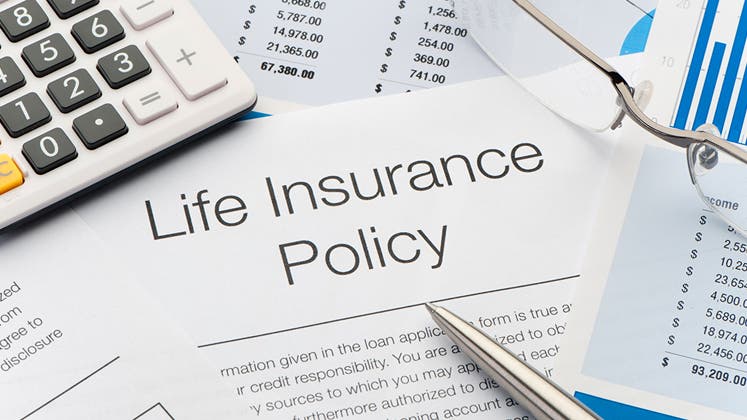 Term life insurance that lasts for only a certain number of years can be a bargain. But if you’re a person with commitment issues and don’t turn your policy into something longer-lasting when you have the chance, it can prove costly.

While financial advisers promote term insurance as an excellent and very affordable way of protecting against financial disaster, they warn against sitting on a policy until it is too late to replace it with a permanent option.

Here’s the rub with standard term life insurance: If the policyholder outlives the 20-year term, the contract expires and the insurance company keeps the premiums.

“I like to tell my clients that term will almost never pay — and that’s a good thing. It means you are still alive,” says Val Vogel, president of financial planning firm Burns, Vogel and Associates in New Orleans.

Term insurance should be considered insurance in the most pure sense, he says: as a hedge against the unexpected.

Because term is written as temporary insurance and is not necessarily intended to pay out, large policies cost a fraction of the cost of a comparable permanent option, such as variable, whole or universal life.

“That’s because you may have a situation where a primary breadwinner wants to purchase a large amount of insurance to care for, say, young children and perhaps a spouse without a job,” Bowen says.

They would require a lot of money if their breadwinner dies young, but the spouses typically don’t have a lot of cash because they are beginning their careers.

Plus, much of the money they do have may be tied up in large debts, such as student loans or a new mortgage. This combination of large financial obligations and low cash flow make the inexpensive temporary policies so attractive.

The catch comes as families mature, the breadwinners age and the policies approach their expiration. As situations change, a household may need to consider transforming its term policy into a permanent one.

A clause written into most term insurance contracts allows a policyholder to make that conversion.

“The way I would describe it is when someone purchases term, in essence they are leasing insurance with an option to buy,” Bowen says. “The convertibility clause is your chance to convert without new evidence of insurability. But if you aren’t paying attention and forget to convert within your allotted time, you are out of luck.”

The conversion clause allows heads of household, for a price, to transform their temporary insurance into permanent life insurance without having to requalify or undergo physical examinations.

Not all policies have a conversion clause, and ones that do generally cost more. But that clause can be worth the expense, Vogel says.

Let’s say a woman has a 20-year term policy with a 10-year conversion clause. Nine years into her contract, the policyholder develops heart disease, diabetes or some other health problem.

Because she is still within the 10-year conversion period, the policyholder is free to convert the policy. By converting to a permanent policy in time, she would not need a new physical exam and would have the same coverage at a lower annual premium than that of a new policy.

If the policy had been written without a conversion clause, the policyholder would be faced with an expiring policy and astronomical renewal premiums, if she were insurable at all.

So, first, you want a policy that can be converted, Vogel says. And then, “The most important rule of thumb is to convert before it is too late,” he adds.

To make sure the conversion window doesn’t sneak up, Bowen suggests reviewing your policy with an agent on an annual basis.

“Certainly, when you are coming within a year of convertibility, then you really need to come and take a look at your plan and check your health, financial picture, everything,” he says.

The development of a health problem is not the only reason to convert a policy.

As a rule, the older you are, the more expensive you are to insure. So, if you can begin paying toward a permanent policy while in your 20s, the monthly premium will be much lower than someone in their 50s would pay.

And, as families mature, financial needs change. When you’re young, you may need a policy with a sizable death benefit to replace your income and provide for three small children, but having such a large policy may no longer be as important after you pay down the mortgage and the children grow up.

Determining how much to buy

“A rough rule of thumb on how much you should buy is to take a multiple of your income,” Vogel says. “If you only want enough insurance to take care of your family in the years after you die and set them up until they can get back on their feet, buy a policy that pays four to six times your annual salary. But if you want to set them up on a trust fund so they are taken care of for the rest of their lives, then look at something larger, like 20 times your salary.”

One strategy is to buy the largest term policy you can afford early on, and when you can afford more, supplement your term policy with a smaller permanent policy meant to cover end-of-life expenses, such as inheritance taxes, mortgage and funeral costs.

“When the big block of term is scheduled to expire, your children should be out of the house, many of your obligations will be paid off and your financial situation will be such that you may not need so much insurance anymore,” Vogel says. “Then you can decide if you want to convert your term.”