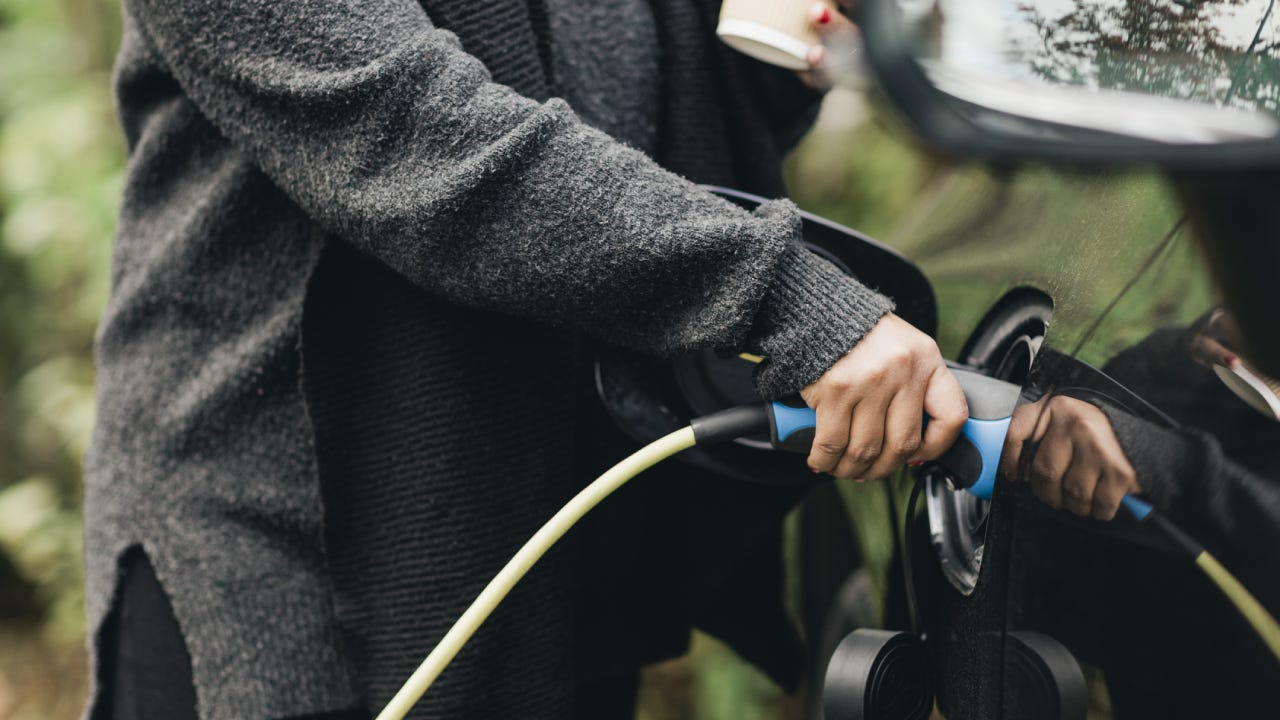 Electric cars, also known as EVs, have recently gained newfound popularity. Global EV sales rose 40% between 2019 and 2020, due to the growing availability of different types of affordable electric cars, Tesla’s historical stock market success and rising fuel costs. Besides the 19 EVs available from Tesla, Nissan, Kia, Porsche and other manufacturers, there are an additional 18 models expected before 2021 is over — and another 29 to 30 that may be released in the next few years.

The car industry is rapidly changing, with the latest alternative-energy vehicles fostering technology that seems light years away from the combustible-engine vehicle. Extended ranges and a growing network of high-speed EV chargers make it possible for the electric-vehicle driver to travel further, removing one of the biggest objections consumers have. Bankrate weighs the pros and cons of electric cars and discusses how they work.

Some significant developments are pushing EVs into the forefront. As more electric cars are produced, the cost to produce batteries has dropped, making the electric vehicle more affordable. Today, batteries are approaching a remarkable price of $100 per kilowatt-hour (kWh). Ten years ago, batteries sold for more than $1,100/kWh. Considering that the battery is the most expensive electric vehicle component, the car has become more accessible to the masses.

Electric vehicles are not a passing trend; they become more affordable each year and consumers are becoming more comfortable with the idea of plugging in instead of fueling up. A recent survey by Consumer Reports found that 71 percent of U.S. drivers would consider buying an EV in the future. One third of the respondents said an EV would be their next purchase. Other interesting electric car facts include:

What is an electric car?

An electric car is powered by an electric motor instead of a gas-powered combustion engine. An EV’s battery can be charged at home or at an EV charging station. The Alternative Fuels Data Center (AFDC) reports that the most popular EV manufacturers are:

How do electric cars work?

An electric vehicle works similarly to a gas-powered car. However, EV drivers may spot some differences from gas-powered vehicles, such as:

EVs use batteries to power the vehicle. A traction battery pack drives the vehicle’s wheels. You will find that some cars use electric motor-generators that work to drive the EV and regenerate the battery.

Pros and cons of electric cars

Electric vehicles have come a long way in the last few years — and have much more room for improvement. Consider the following benefits and drawbacks.

How much do electric cars cost?

Many factors affect the cost of owning and driving an electric vehicle. Compare the price of driving a gas-powered car to an EV, and you will see some balance between the savings and higher costs of owning an EV.

Technology and infrastructure advancements are making EVs an excellent alternative to gas-powered cars. You could eliminate your gas bill and become part of the sustainable movement. Best of all, driving an EV does not mean you compromise performance or fun — many models are well-equipped to drive as comfortably and capably as a traditional combustion vehicle.