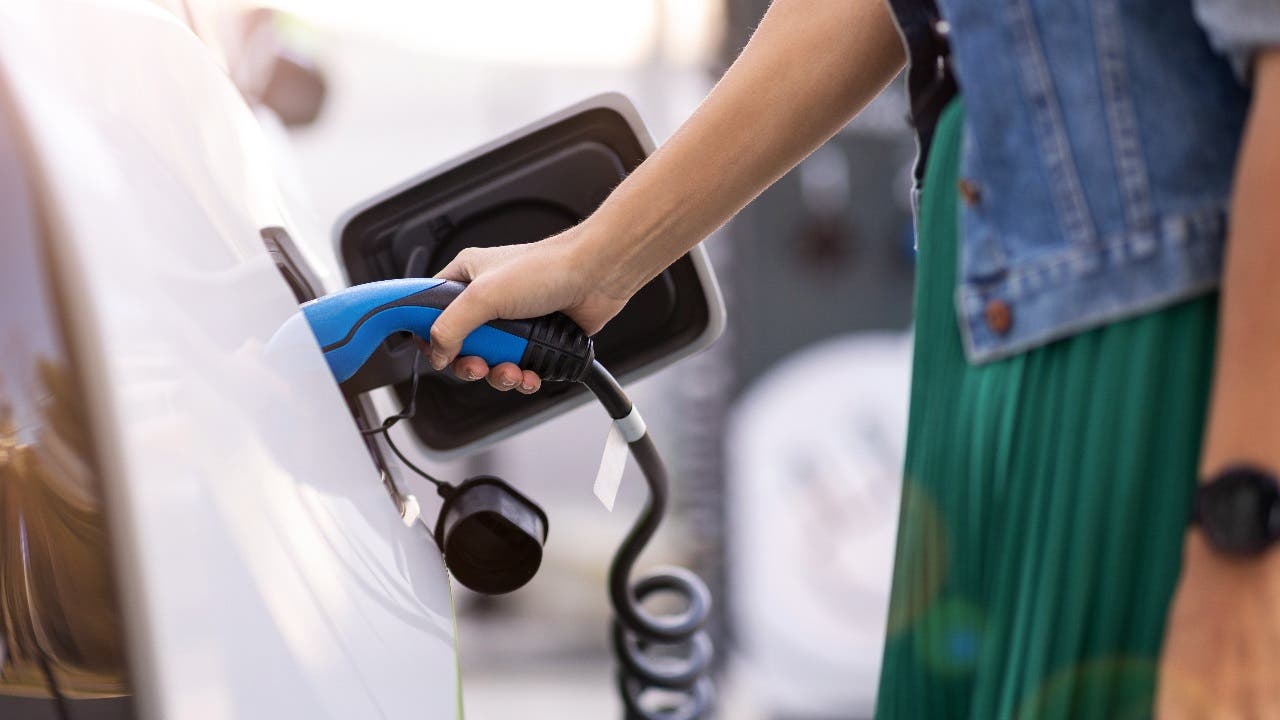 Unlike their conventional siblings, electric vehicles do not depend on combustible engines. Instead, when you pop the hood of an electric car, you see an electric motor, powered by a massive battery pack, often located in the undercarriage of the vehicle.

Car enthusiasts choose electric cars for many reasons. Some buy them because of their environmentally friendly reputation, and other people switch to electric automobiles to save gasoline dollars. But is an electric car right for you? Whatever your reason for considering this option, you should know about how to get an electric vehicle insured.

Robert Anderson invented the first electric car in 1832, but only in recent decades have electric cars become major contenders in the automobile industry. In the past, electric cars could only travel short distances on a single charge – 100 miles or less – and most consumers couldn’t afford the lofty sticker prices. But today, many electric vehicles cost less than $40,000 and some have a range of more than 370 miles on a single charge. Setting up a home charging station costs just $200-$1,000, and you can juice up on the road at pay charging stations from coast to coast.

How much does electric car insurance cost?

Although electric automobiles typically cost more to insure than their gas-guzzling counterparts, we requested quotes on several makes and were pleasantly surprised at the affordable rates we received.

These are just average rates, though. The amount you pay for your electric vehicle’s insurance will depend on a variety of factors, including:

In other words, insuring an electric vehicle is just like insuring a conventional one. While the car certainly plays a role in your insurance costs, the auto insurance company looks at a bigger picture, which includes you as a driver and your likelihood of getting into an accident. Safer, low-mileage drivers will generally pay much less than people with a driving history that includes accidents and/or traffic tickets.

Insuring an electric car is no different than covering a conventional vehicle. Electric car policies feature the same coverage options such as liability, collision and comprehensive coverages. Most major insurers write policies for electric vehicles, including:

While several major insurance providers have started toeing into the waters of electrical vehicles by providing guides on the subject (see Allstate, Geico, Farmers and State Farm), you may have a hard time finding discounts for your electrical vehicle. While you can expect to save money by avoiding the gas station and possibly pocketing some tax incentives, many insurance providers are not yet offering any discounts for drivers who choose an electric vehicle.

That said, we found a couple who are. Some large carriers, including Travelers and Liberty Mutual, extend exclusive discounts to electric and hybrid car owners.

In August 2019, electric vehicle manufacturer Tesla launched Tesla Insurance. Currently, Tesla Insurance only writes car insurance policies in California for all Model 3, Model S, Model X, Model Y and Roadster Tesla owners but has plans to offer coverage throughout the United States. Tesla marketing claims the manufacturer launched the insurance program because of the company’s intimate knowledge of the vehicles’ technology and serviceability.

Current California Tesla owners can request an online quote and purchase a policy on the Tesla website. New owners who order a new Tesla can get a quote when their vehicle’s VIN becomes available in their Tesla account.

Like most car insurance companies, Tesla Insurance offers multi-policy discounts. The company claims to offer rates to insure Teslas that are 20-30% lower than its competitors, but like all insurance companies, each driver’s final rate will be different. Some Tesla owners may get lower rates with Tesla Insurance, but others may pay more depending on multiple factors such as their location, age and driving history.

Tesla does have discount programs available. If you use the autopilot feature, you could save money. The company will also use data from your car about your driving habits to consider whether you are eligible for safe-driving discounts.

How to save on electric car insurance

If you decide to purchase an electric vehicle, you can save on insurance the same way conventional car owners do: avoid accidents and traffic violations. If you already have an electric car and are curious about finding more affordable rates, consider requesting quotes from several providers. You might get a better deal by switching to another company.

You can also take advantage of discount programs. Insurers offer all types of discounts for purchasing multiple policies, insuring more than one vehicle, remaining claims-free and taking a defensive driving course, among many others.

Also, research local, state and federal programs that offer rebates or tax credits. For instance, the California Clean Vehicle Rebate Project pays rebates up to $4,500 to Californians who purchase an eligible electric battery vehicle. The federal government offers tax credits up to $7,500 for purchasing certain makes and models of electric cars and SUVs.

What are the benefits of driving electric vehicles?

Owning an electric vehicle has more benefits than you might think. Here are just a few.

There is no doubt that electric cars are here to stay. They offer an environmentally friendlier way to get from one point to the next, quieter engines and none of the nasty exhaust fumes. Typically, electric cars require less regular maintenance and can go an astounding number of miles on original parts.

The sticker price of an electric car might set you back a little more, and you may pay slightly higher insurance rates. But you might be surprised. When you take the time to shop around, you can often find rates comparable to many conventional automobile makes and models. To achieve the best premium possible, ask agents about discount programs, including discounts for electric vehicles.

Generally, yes. Because these vehicles are pricier to both buy and repair, insurance providers charge their drivers more for coverage. That said, the savings on gas and tax incentives might more than make up for your policy’s extra cost.

While many insurance companies have not yet extended discounts for environmentally friendly vehicles, both Liberty Mutual and Travelers cut a discount for drivers who choose hybrid or electric cars.

Is it harder to insure an electric vehicle?

No. Most insurance companies offer coverage for electric vehicles. In fact, the odds are high that your current insurance provider would underwrite a policy for an electric car should you decide to make the switch.

Read more From Mariah
Mariah Posey is an insurance writer and editor for Bankrate.com specializing in auto and home insurance. She aims to make the insurance journey as convenient as possible by keeping the reader at the forefront of her mind in her work. With a background in reporting and feature writing, she has a knack for conducting research, writing factually while incorporating compelling details, and prioritizing story intent. Mariah is originally from New Jersey and holds a bachelor’s degree in journalism from Elon University. Prior to joining the team, she worked as a copyeditor and writing consultant at her alma mater. She has covered topics ranging from news to tech and lifestyle and has a vested interest in producing engaging content for audiences.
Edited by
Aylea Wilkins
Loans Editor