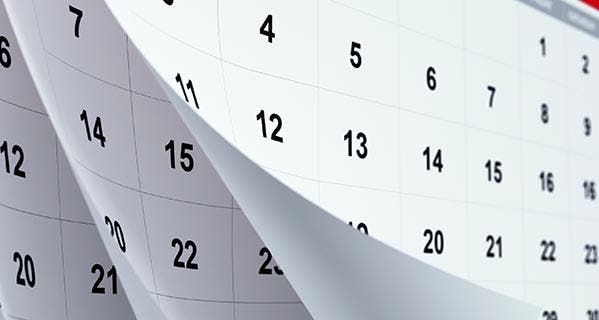 The 2016 tax-filing season will start on time this year. That’s Tuesday, Jan. 19. The Tuesday start date is because Monday is a federal holiday — Dr. Martin Luther King, Jr. Day.

The Internal Revenue Service will begin accepting individuals’ tax returns that day, both the old-fashioned paper forms mailed to the agency, as well as electronically filed returns.

Before this filing season ends, the IRS expects to receive more than 150 million individual returns. More than 80% of those returns, says the IRS, should come from e-filings that will be completed using tax preparation software.

Early filers still have to wait

If you’re expecting a tax refund, and want to get all your documentation in hand early and file before the 19th, go ahead. But it won’t get you your money any sooner.

Instead, many tax software companies, including the big guns Intuit TurboTax and H&R Block, will begin accepting tax returns earlier this month, but will hold the filings until the IRS starts accepting them. H&R Block spokesman Gene King said the prepare-and-hold protocol also will apply to taxpayers who get their taxes done at one of the company’s tax preparation offices before Jan. 19.

If you’re eligible to use Free File, you can get a tiny bit of a filing head start.

The IRS’ partnership with more than a dozen tax software companies will be operational on Friday, Jan. 15. This year the free online tax preparation and e-filing site is available to individuals with adjusted gross incomes of $62,000 or less, regardless of filing status.

“We look forward to opening the 2016 tax season on time,” IRS Commissioner John Koskinen said in a statement announcing the Jan. 19 date. “Our employees have been working hard throughout this year to make this happen. We also appreciate the help from the nation’s tax professionals and the software community, who are critical to helping taxpayers during the filing season.”

Koskinen, who’s faced some tough questioning from Congress since he took over as the United States’ top tax man in December 2013, also credited Capitol Hill for its role in the on-time tax season start.

The House and Senate reached a deal on the tax extenders legislation, along with a fiscal year 2016 budget that contains some tax provisions, in mid-December 2015. That meant that the IRS didn’t have to scramble at literal year’s end to incorporate tax changes into the IRS computer system.

Koskinen noted that some of the laws enacted last month are permanent, while others are extended for several years. “This provides certainty for planning purposes, which will help taxpayers and the tax community as well as the IRS,” he said.

In addition to marking January’s start of tax season, also put a red circle around April 18. That day, not the usual April 15, is the filing deadline in 2016 in most of the United States.

Taxpayers in Maine and Massachusetts get even longer to submit their federal returns. In those two New England states, the due date is April 19.

The 3 or 4 extra days to file is thanks to a couple of holidays. Friday, April 15, is Emancipation Day in Washington, D.C. That holiday will push the filing deadline to the following Monday, April 18, for most of the nation’s taxpayers.

But April 18 also is Patriots Day, an official holiday in Maine and Massachusetts commemorating the first battles of the American Revolutionary War. That means the IRS filing deadline is bumped in those two states to Tuesday, April 19.

Whenever you file and whatever your deadline, stick with Bankrate this filing season for news and tips on how to make the process easier and less costly. You can get the information delivered directly by subscribing to Bankrate’s free Weekly Tax Tip newsletter.