Here’s how much Google co-founder Sergey Brin is worth 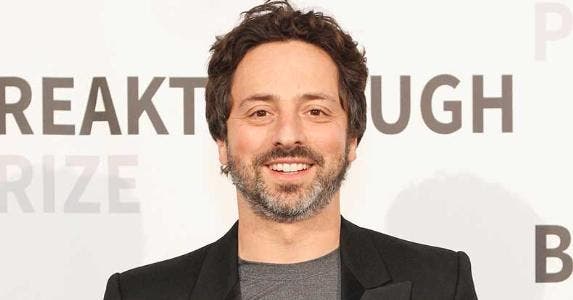 How Sergey Brin’s net worth was built

Sergey Brin met Larry Page at Stanford University in 1995 and began collaborating on a search engine called BackRub in 1996. In 1997, Brin and Page registered their search engine as Google.com, a company that would rise to be the most popular search engine. Google Inc. issued its initial public offering in 2004, netting Brin a handsome $3.8 billion. In 2011, he became its director of special projects. More recently, he became the president of Alphabet, Google’s newly created parent company.

You can use Bankrate’s net worth calculator to see how your net worth compares with Brin’s.

As the president of Alphabet, Brin oversees everything from YouTube to Calico and Google Ventures. He also oversees Google X, an experimental lab that has produced innovations such as Google Glass.

Brin is co-director of the Brin Wojcicki Foundation, which supports Parkinson’s disease research, social entrepreneurship and other causes. In cooperation with other philanthropists, it awards the $3 million Breakthrough Prize annually to one physics project and 6 life sciences projects. Brin’s organization also supports Ashoka, Tipping Point Community in the Bay Area and other organizations that fight poverty and hunger.

The MIT Technology Review recognized Brin in 2002 as one of the top 100 innovators in the world under age 35. He received an honorary MBA from the IE Business School in 2003. Columbia University named him as a Marconi Fellowship recipient in 2004 for changing the way information is retrieved. In 2009, Brin was inducted into the National Academy of Engineering.