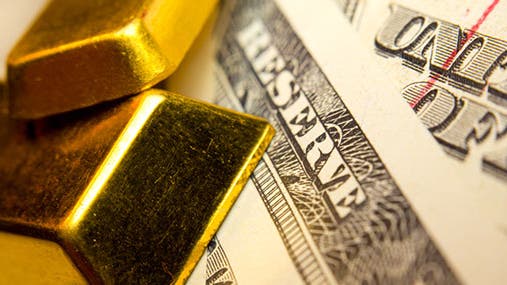 It had to happen eventually. If expectations prove correct, the beginning of the end of quantitative easing could be announced Wednesday, at this week’s meeting of the Federal Open Market Committee, or FOMC.

Quantitative easing refers to the Federal Reserve’s bond-buying program. Every month, the central bank purchases $85 billion in Treasury securities and mortgage-backed securities to inject cash into the banking system and keep interest rates as low as possible. This is the third bond-buying spree, known as QE3, and it began last September.

Markets became convinced that the program would end this month after Fed Chairman Ben Bernanke testified before Congress in May. In a somewhat infamous utterance, he mentioned that the purchases could be reduced “in the next few meetings.”

Until lackluster economic data rolled in at the beginning of this month, it seemed a sure thing that the gradual reduction of bond purchases would be announced at this week’s Fed meeting. Now, days before the meeting, the question is: How bad are the economic data in the eyes of the Fed? And another question: How good do the data have to be before the Fed acts?

What will they do?

“The labor market data in August was mixed and maybe even tilted to the downside,” says Paul Edelstein, director of financial economics at IHS Global Insight, an economic research and consulting firm. “Some Fed members said they weren’t particularly perturbed by the August numbers, but I think some of them might be.”

Edelstein says you can’t rule out the announcement coming this week, but he’s betting the committee will postpone until December.

On the other hand, forecasting the Fed is never a sure thing.

“I would say yes, it is going to happen, although recent data has made it less certain,” says David Nice, associate economist at Mesirow Financial in Chicago.

“The durable goods report was quite bad, and new-home sales took a major hit. I think it’s given the Fed a little pause, but I believe they are still going to start,” Nice says.

Slicing the slowdown in bond buying

The central bank is buying $45 billion of longer-term Treasury securities and $40 billion of mortgage-backed securities, or MBS, every month.

The Fed could scale back in different combinations and amounts. “Perhaps they leave MBS purchases in line with where they are now. They may taper $10 billion on Treasuries. There are many different things they could do,” Nice says.

Mortgage rates are held down by the Fed’s purchases of Treasuries and mortgage-backed securities. But mortgage rates have gone up since people started talking about reducing the economic stimulus.

The rate on the average 30-year fixed mortgage is up nearly 1 percentage point since the middle of May, according to Bankrate’s research. Many experts believe mortgage rates won’t increase dramatically when the Fed does announce a cut in quantitative easing because the change is already baked into today’s rates.

“We’ve seen already a (1 percentage point) increase in 30-year fixed mortgage rates since the announcement of tapering. My expectation is that they won’t go up too much more in the near term unless they were to dramatically speed up the tapering,” says Bill Hampel, senior vice president of research and policy analysis and chief economist for the Credit Union National Association. He says mortgage rates reflect a belief that the Fed will phase out its bond purchases gradually, over a period of at least six months.

This is a big Fed meeting for other reasons as well. Bernanke is holding a news conference, and the committee is releasing its economic forecast.

The outlook for the economy in coming months will probably have a strong influence on when to reduce bond purchases.

“I think almost for certain they will have a lower unemployment rate forecast because that unemployment rate has been coming down faster than anyone thought,” says Edelstein. “It would be strange if they tapered and downgraded their outlook. I mean, they can do whatever they want, they’ve done strange things before, but if they taper, we’ll probably see an upgraded outlook.”

One more thing to be on the lookout for at next week’s meeting is the number of dissenters to the action the committee takes.

“It’s not clear to me, but you could have a situation where more than two people dissent,” Edelstein says. Beginning the second and third rounds of the quantitative easing program drew some battle lines between the inflation doves and hawks in the FOMC. The process of bringing the program to a close could reveal the divisions among committee members.