A rancher in Kansas needs $50,000 to rebuild after a devastating fire. A concerned citizen seeks $5,000 to provide shelter for a homeless veteran and his dogs. It can be hard to turn a blind eye to the campaigns listed on GoFundMe and other personal crowdfunding sites aimed at helping deserving people with financial troubles.

While most charitable causes are legitimate, some are scams. Take the 2014 case of a Texas woman who set up a crowdfunding page for a man she didn’t know who lost his wife due to childbirth complications, leaving him to raise their three children amid mounting medical bills. She reached out to his social media contacts, raised $4,500 in donations and then took off with the money.

Before you pull out your credit or debit card, you should know how to tell a legitimate cause from a scam and how to get your money back if you think you’ve been conned.

Like any donation-based crowdfunding site, fundraisers use these platforms to attract financing through online contributions. But unlike sites such as Kickstarter, which are mostly used to raise funds for startup companies, inventions and other projects, personal crowdfunding donations go toward assisting people with a wide range of money needs, from paying for surgery to funding a school trip. Crowdfunding sites also accept money-raising campaigns for nonprofits. Emergencies tend to attract the most donations, according to Daryl Hatton, CEO of ConnectionPoint and founder of FundRazr.

When visiting a fundraising site, you’ll often see dozens of campaigns organized by various categories. Or, you may be directed to a campaign through social media, such as a Facebook post. In some cases, the campaigns are run by the beneficiary; with others, the campaign is run by an organizer acting on behalf of a person or organization. You’ll see a headline about the cause — “Rocky needs an MRI” was the heading for one recent campaign for an ailing dog — along with the amount of money the campaign seeks and how much has actually been raised so far, as well as a few paragraphs with background about the situation and how the donations will be used. You’ll also see a list of donors and how much they gave, as well as the name of the organizer and a contact link.

If you want to give, click on the donate button, enter the amount of money you want to contribute and your credit or debit card information. In some cases, you can also choose to pay through a PayPal account, in others, you can only use credit or debit cards. Generosity, for example, a site run by crowdfunding powerhouse IndieGogo, just accepts Visa, Mastercard, Discover and American Express. Some sites also let you pay with a electronic check. The time it takes for your donation to appear on a billing statement depends on your payment option and the settlement path of your bank or credit card.

Depending on the site, your donation will be processed by PayPal or WePay (GoFundMe only uses WePay, for example) and then deposited into the campaign account. In all cases, the campaign organizer doesn’t see your credit card information.

FundRazr donations are deposited instantly into a PayPal or WePay account created by the campaign. GoFundMe money is stored until the campaign requests a withdrawal via an electronic transfer to a bank account.  (Withdrawals take five to seven business days). At Generosity, donations are disbursed about 30 days after a campaign organizer provides bank account information, with later disbursements paid out every three weeks after that.

You can expect fees to be deducted from your donation but, there again, policies differ. GoFundMe, for example, deducts 5 percent from each donation. You’ll also pay a processing fee of 2.9 percent plus 30 cents per donation.

How much you choose to give is entirely up to you, though it’s not uncommon for people to contribute as little as $10 or $20. FundRazr’s Hatton, however, urges potential donors to police themselves. “People can get addicted to giving, because it feels good to give,” he says. Causes involving pets tend to be particularly appealing to animal lovers.

Fraud affects less than one-tenth of 1 percent of all GoFundMe campaigns, according to Bartlett Jackson, regional communications manager for GoFundMe. Still, these sites are attractive territory for scams, says Adrienne Gonzalez, who runs GoFraudMe, an organization that reports on misuse.

Case in point: In December 2016, co-workers of Kenny Hamner launched a GoFundMe campaign to pay for medical and burial expenses after his mother was killed and he was injured in their Fort Pierce, Florida, home. They raised over $6,000 in 22 days. Not long after, however, the real story came out: Hamner had murdered his mother and injured himself to make it look like he had been attacked. After a local news channel contacted GoFundMe, the company refunded all the donations out of its own pocket, since the funds had already been distributed to the family.

Gonzalez says donors often never even realize they’ve participated in a scam. “You donate $10 and forget about it,” she says. “So often you don’t know.”

Many fraudulent campaigns feed off the news. “The more tragic the story, the more likely it is you’ll see some scams,” says Gonzalez. A common ruse is for scammers to run campaigns on behalf of someone who has suffered in a well-publicized event, unbeknownst to that person, realizing that unsuspecting Good Samaritans will welcome the chance to help.

Crowdfunding sites usually have systems for warding off fraud. According to GoFundMe, for example, it has multiple processes to verify the identity of campaign organizers, as well as personnel who monitor suspicious behavior. If they suspect there’s a problem, they can ask for more documentation from organizers. A campaign found to be fraudulent generally is immediately removed from the site.

Also, users who suspect something’s not right usually can click on a button on a campaign’s page that notifies the site. You’ll include contact information, your relationship to the organizer or beneficiary and evidence such as newspaper articles or screen shots. The site will remove the campaign if it finds fraud. Also, if a campaign is flagged as fraudulent by a user, the funds can’t be withdrawn until the issue is resolved.

Still, no site will guarantee that a campaign is legit. YouCaring, for example, recommends you donate to campaigns when you feel confident about their legitimacy. GoFundMe advises donors to contribute only to people they know and trust.  “To a certain extent, it’s buyer beware,” says FundRazr’s Hatton.

But there are ways to make sure a campaign is for real. One tactic is to run any photos through a reverse image search such as TinEye, to determine that a picture wasn’t taken from an unrelated site. Another is to read the comments to see whether donors know the beneficiary or they’re generic. If it’s the latter, tread carefully, says Hatton. Also make sure the campaign backgrounder clearly spells out the need and what the money will be used for. You can contact the organizer and try to pin down details, especially if the funds are being raised on behalf of someone else. Another tip: Serial scammers tend to create fake social media profiles, according to Gonzalez. If a campaign is organized by someone you don’t know, do a quick online search, looking for evidence of the individual on multiple sites.

Getting your money back

Can you receive a refund once your credit or debit card contribution has been processed? That depends. On Generosity, for example, if you want a refund before funds are dispersed to the campaign, the site can pay you back directly. Once funds have been dispersed, however, you must contact the organizer directly. In October, GoFundMe introduced the GoFundMe Guarantee, probably the most detailed refund policy.

“In the rare case that something isn’t right, we will refund your donation of up to $1,000 per campaign,” says GoFundMe’s Jackson. Specifically, you’re eligible for a refund if the funds have been “misused.” Misuse is defined in a few ways: The campaign organizer fails to deliver the funds to the intended beneficiary, the campaign description is intentionally misleading, or the organizer or beneficiary is charged with a crime related to misrepresentations. It covers campaigns in the U.S. and Canada started after Oct. 3 with an American or Canadian recipient of funds.

Before contacting GoFundMe for a refund, however, you first need to try to get in touch with the campaign organizer. If you can’t resolve the problem in 72 hours, you can then submit an online claim form within 30 days of making your donation. While GoFundMe won’t share information with the campaign organizer, it also won’t provide updates on the results of any investigation.

Other sites’ policies are less specific. If you want your money back on Generosity before campaign donations are dispersed, for example, the site can pay you back directly. After the funds are distributed, you have to contact the organizer directly.

Another option is to contact the credit card issuer and ask for a chargeback, says Hatton. According to MaryJane Rogers, a spokeswoman for JP Morgan Chase, the bank has received infrequent requests for refunds for donations to sites like GoFundMe. “It’s mostly when the customer doesn’t recognize the charge or has decided to cancel the donation,” she says. In those cases, the banks uses the standard dispute process, in which cardholders make a claim within 60 days of the charge appearing on their statementTiming is important. For example, you can’t request a refund from GoFundMe if you’ve already filed a chargeback for the same donation. Chargebacks are handled by the payment processor.

Finally, if you’re looking to turn your contribution into a charitable deduction, you’re out of luck, unless the cause involves an organization registered as a nonprofit. For most donors, however, such considerations are unimportant. That’s partly because donations tend to be small. Plus, for most contributors, the impulse to donate stems from a genuine desire to help—at the touch of a button.

See related: Millennials most likely to fall prey to scams, 6 steps to getting a credit card chargeback 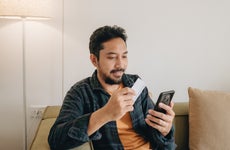 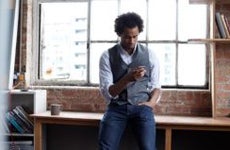 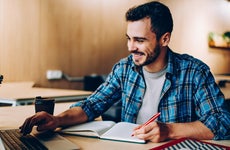 How to pay taxes with a debit or credit card 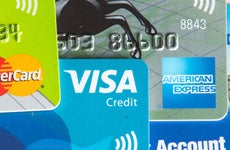