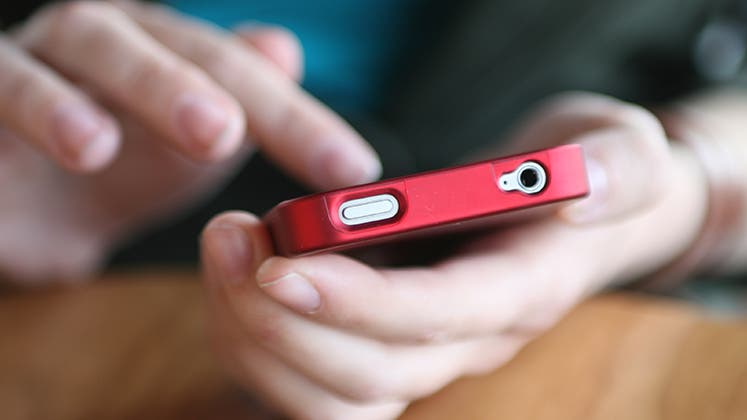 “Cash, credit or smartphone?” isn’t something you’re likely to hear at a retailer or restaurant.

In fact, using a smartphone to make in-store purchases isn’t just rare; many people aren’t even aware it’s an option. Still, it might be worth a try if you fit a certain profile.

Today, there are two main ways to pay by phone at the register:

Answering these questions may help you decide if using one of these options is right for you.

1. How comfortable are you with technology?

Your comfort level with technology is probably the biggest consideration in deciding whether to use in-store smartphone payments.

“The fact is, these devices are ubiquitous, people lose them a lot, they might give them to their children or others to use,” says Susan Grant, director of consumer protection for the Consumer Federation of America. “There are a lot of security issues here that need to be considered.”

Making point-of-sale purchases with your phone safely requires being willing to take a few simple steps, including protecting your phone with a PIN and being careful about using public Wi-Fi, Grant says.

But even if users are careful, it’s possible for the companies who work together to provide those payments to botch things and leave consumers vulnerable.

“There’s always a concern about the security of the entities that hold your payment information,” Grant says. “Handset providers and operating system providers and mobile payments providers all have a role to play in providing good tools for consumers to use to safeguard the information on their devices.”

If any of that makes you squeamish, you might want to hold off.

The only thing companies love more than their customers’ money is their information, and mobile payments can serve up plenty of it.

“You have a lot more players in a transaction here than when you use some sort of payment card or cash at a point of sale,” Grant says.

There are probably a lot of consumers who couldn’t care less about whether their favorite burrito chain knows they prefer guacamole to sour cream, but if you’re the kind who gets creeped out by big businesses having your number, take note.

3. How much do you hate waiting in line and/or human interaction when you buy something?

Mobile ordering can be a major perk of buying things with your smartphone, depending on which app you use.

For instance, PayPal’s app supports phone-based ordering at some restaurants.

“With that merchant, I can now pull up their menu, pay ahead and just walk in, get my stuff and walk out,” says Sam Maule, managing consultant with Carlisle and Gallagher Consulting Group. “The No. 1 commodity there, is time.”

Starbucks’ mobile app does the same, allowing users to avoid waiting in line and reciting their intricate latte orders over and over for their daily caffeine fix.

4. Do you care about coupons and loyalty programs?

You know those reward cards that you have to carry around with you to get your fifth coffee free or not have to pay exorbitant prices at the drug store? In some cases, mobile wallets can get you the goods without them.

The other big selling point for in-store mobile payments is that some merchants offer special deals and coupons to those who use them. For instance, Google Wallet has deals with several different retailers to automatically log your purchases to their loyalty programs. 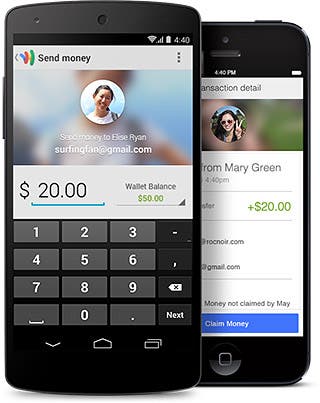 Some apps take that a step further and use your phone’s GPS capabilities to offer deals, Maule says.

“I’m getting dynamic offers that make sense based upon my locale, that I know that at this local bakery I can get this deal,” Maule says.

If that’s the kind of thing that floats your boat, mobile wallets might be worth a look.

5. Do you like paying the same way every time?

Right now, the biggest issue with paying in-store with your phone is probably the fragmentation in the industry.

There’s no mobile wallet service that works at every store, and those that depend on near-field communication (where you wave your phone over the payment terminal to make a purchase) either don’t work on iPhone, or require you to buy a special, rather pricey case.

The situation may improve, says Mary Monahan, mobile research director for Javelin Strategy and Research. She says that ISIS, a joint venture of Verizon, AT&T and T-Mobile, could become a more universal option.

“This group controls more than two-thirds of the primary consumer wireless market, giving it a strong advantage, yet so far its results have been lackluster,” Monahan says.

What all that means is, for the time being, there’s no mobile wallet solution that’s going to allow you to pay everywhere, every time. People who prefer to pay by phone are probably going to have to put a little thought into when and where they can do so.

For those who value convenience over bright, shiny new technology, that could be a deal breaker.