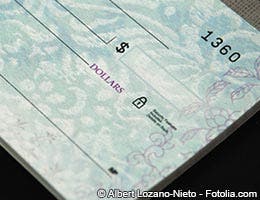 Consumers come up with plenty of reasons to close their checking accounts. They favor cash or prepaid debit cards. They don’t want to pay bank fees. Or they have an ideological grudge against big banks. But the fact is a basic checking account still offers a good value and important features for most people.

The benefits start with safety and security but don’t end there. Checking accounts also offer debit cards, ATMs, text alerts, direct deposit, online bill pay, electronic record keeping and mobile banking. So if you’ve been thinking about closing your checking account, you might want to think again. Here are some typical excuses for closing or not holding a checking account and why they’re ill-advised.

You prefer to use cash 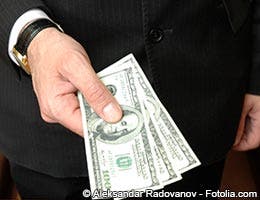 Cash is familiar and convenient, yet even the paper dollar isn’t without limitations. If cash is lost, stolen or destroyed in a fire or flood, it’s often irreplaceable. But money deposited at a bank or credit union is insured by the Federal Deposit Insurance Corp. if the money is deposited into an account, says Terry Jorde, senior executive vice president at the Independent Community Bankers of America, a banking industry organization in Washington, D.C.

“Most people don’t realize that (cash) isn’t insured if it’s in a safe deposit box. So, just from a security standpoint, it’s very important that people have checking accounts,” Jorde says.

People who restrict themselves to cash also give up a myriad of features and functions that come with a checking account. Karen Carlson, director of education and creative programs at InCharge Education Foundation, an affiliate of InCharge Debt Solutions in Orlando, Fla., points to text alerts as one example.

“A wallet and mattress are never going to tell you that you’re running out of money. A bank can,” she says. 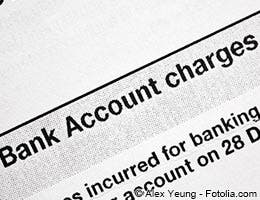 Free checking accounts aren’t as commonplace as they once were. Yet many accounts still offer ways to avoid monthly bank fees by maintaining a balance, receiving direct deposits, swiping a debit card or using other banking products, says Erin Constantine, senior vice president of Wells Fargo Bank in Concord, Calif.

“There’s so much convenience and so many tools built into that checking account that there’s tremendous value even if you do pay the monthly service fee,” she says.

You prefer to use prepaid debit cards 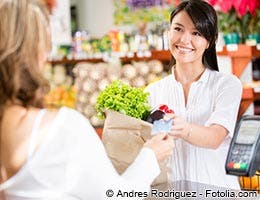 Prepaid cards can be useful, but they typically lack such features as online bill-pay and electronic alerts that can help you manage your money. They also can’t be used to deposit or write checks.

“A lot of companies still pay (employees) with a payroll check,” Constantine says. “If you work for a small business or you’re running a small business, it’s likely that you’re dealing with some paper checks.”

Prepaid debit cards also don’t offer monthly statements or a paper trail that you might need as proof of payment or to demonstrate creditworthiness if you want to get a loan.

By comparison, most checking accounts include paper or electronic statements, records of electronic payments and electronic copies of processed checks. If your income tax returns are audited, the ability to retrieve your financial records online could be tremendously helpful, Constantine says.

What’s more, prepaid cards aren’t free. “The fees are higher on prepaid cards, so I’m not sure what advantage you’re getting,” Carlson says. 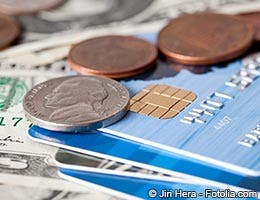 While some young people get by with prepaid cards, no one’s financial situation is static.

“Throughout your life, your financial situation becomes more complex,” Wells Fargo’s Constantine says. “A prepaid card may be appropriate when you’re starting out. A couple of years later, you have a significant other, a couple of kids and a car payment, and a prepaid card may not offer the tools and functionality you’ll need.”

Most first-time checking accounts are opened by young people. But some older adults have never had a checking account and don’t understand how one works. Help in overcoming that is as close as your nearest bank, ICBA’s Jorde says.

“They should not feel at all reluctant to go into their community bank and sit down with a personal banking officer, who will be happy to explain the process of opening the account and how the account works,” she says. “It’s not so complicated that people should be afraid of it.” 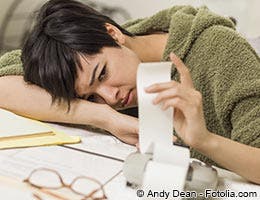 Hope isn’t lost. InCharge’s Carlson says there are “paths to remediation” that can help people reconnect to the banking system.

One option is a second-chance checking account that has what Constantine describes as “guardrails like bumpers in a bowling alley.” These restrictions — such as higher fees or minimum balance requirements — are designed to help people who’ve had problems use a checking account successfully. Then, that record can be relied upon to open a regular checking account.

Another option is to open a savings account, which oftentimes includes access to check-cashing or other banking services. Later, the savings account can be linked to a checking account and used to transfer funds or set up an automatic savings plan.

“Even if they start with just a savings account, they can still come into the bank and get their money out and have that safety and security,” Jorde says.