5 types of credit unions worth joining 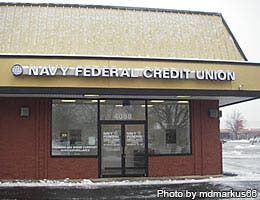 Credit unions come in many flavors

Credit unions come in all stripes and colors.

Currently, there are 7,200 credit unions in the U.S., according to the Credit Union National Association. And not all of them are just community-related. Your church, university or even your military branch may offer its own credit union with sweet deals and special perks, such as a no-minimum checking account that also pays interest.

And that’s on top of the better loan rates and fewer bank fees offered by credit unions nationwide, says Bill Cheney, CEO of CUNA. On average, a family saved about $130 last year by using credit unions rather than banks, he says.

“There’s a credit union for everyone,” Cheney says. “You just have to find it.” To see if your university, church or other affiliate has a credit union, visit aSmarterChoice.org.

Before plunking down your money, make sure the credit union’s deposits are insured by the National Credit Union Administration. 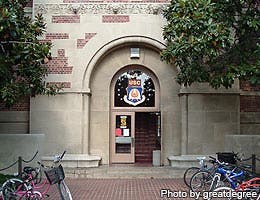 Are you a university alumnus? Then chances are good that your university offers a credit union open to its alumni, faculty, students and even nearby residents.

And the USC credit union serves University of Maine students, faculty, employees and some local residents. It even offers a “Tunes+” checking account, with which you can earn credits for free iTunes downloads.

Credit unions in the community 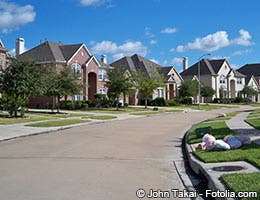 Community development financial institutions, or CDFIs, are aimed at low- to moderate-income people.

Many of these credit unions are interested in economic justice, says Pamela Owens, vice president of programs for the National Federation of Community Development Credit Unions. Their designation allows them to apply for special government grants to open multiple branches in hard-hit communities, she says. They can offer affordable mortgages or special, matching savings accounts.

For example, at Alternatives Federal Credit Union in Ithaca, N.Y., a member can get free tax preparation and a seven-week financial education course. The credit union has offered savings accounts that members can open with a $5 minimum deposit. The individual development accounts also match your savings deposits when you’re working toward a long-term goal, such as owning a home or opening a business.

The Lower East Side People’s Federal Credit Union in New York also offers free tax preparation, financial counseling and has offered a savings account that could be opened with just $30.

“These credit unions are more apt to work with people, such as helping you with credit repair so you can raise your score,” Owens says.

Going green at your credit union 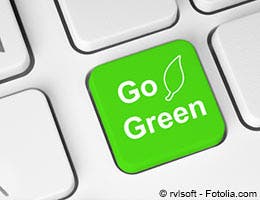 Why not be rewarded for going green? More credit unions are carrying the message and rewarding consumers.

Other credit unions are joining the green ranks. Founded in 2000, the Permaculture Credit Union in Santa Fe, N.M., focuses on funding green initiates. As of February 2013, it has handed out 685 loans totaling $15.2 million to support sustainable living projects such as loans for energy-saving cars, give microloans to farmers and educate the public on permaculture, which is a design principle that promotes self-sustaining ecosystems. 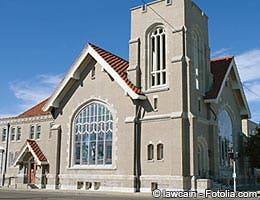 Church-linked credit unions want to save your soul and your money. Run independently from their affiliated churches, these credit unions have great deals for their members.

And some have expanded to serve their communities. For example, St. Mary’s Credit Union in Marlborough, Mass., founded in 1913, has offered members in Middlesex and Worcester counties no-fee checking accounts and “Statement Savings” accounts that could be opened with a $10 minimum deposit, and both paid interest.

Others continue serving a very specific membership group. The Alliance Catholic Credit Union in Ann Arbor, Mich., serves dozens of Catholic parishes and has offered 48-month auto loans at less than 2 percent, along with debit and credit cards.

“Many of these credit unions were opened over 40 years ago. They were the only institutions willing to lend to the community,” says Owens. “Now, you get the same great perks as other credit unions.”

The only drawback is that some church credit unions are very small. “They may not have ATMs or offer cash transactions,” she says.

Marching with the military 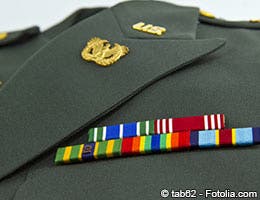 Military credit unions pull out the stops for their members.

Take the Navy Federal Credit Union in Vienna, Va. Its 4 million members are or have been active members of all branches of the military. And 75 of the credit unions’ 229 offices are located on bases worldwide.

“We know military people’s unique needs,” says Jeanette Mack, a spokeswoman for the Navy Federal Credit Union. “This is where military people belong.”

For example, the credit union’s Active Duty Checking has offered military members deals such as getting their pay a day early and receiving up to $20 in fee rebates every month, she says. There’s also 100 percent mortgage financing for first-time homebuyers and up to $2,500 in closing cost reimbursements. “You can practically come to the table with nothing,” Mack says.

Conversely, Service Credit Union in Portsmouth, N.H., has offered free checking accounts with no minimum deposit and other banking perks such as 24-hour banking, free bill pay and rewards debit cards to its members.