Heather Larson @HeatherLarsonWA
May 29, 2013  in  Checking 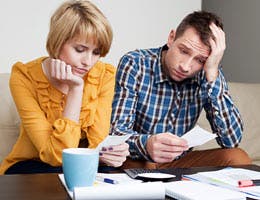 Despite the well-meaning advice of family and friends, there is no ideal way to combine a married couple’s money that works for everyone, says Kelley Long, a CPA at Shepard Schwartz & Harris LLP in Chicago.

“Separate checking accounts allow two people who were previously financially independent to maintain a sense of autonomy as they adjust to the interdependent life of coupledom,” Long says.

That doesn’t mean you shouldn’t share spending information, and it’s not an excuse for financial secrecy. Instead, separate checking accounts should help prevent arguments about money and give both spouses a feeling of fairness and independence. 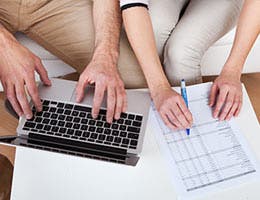 More often than not, one spouse has a substantially higher income than the other. It used to be the husband, but according to a study by the Pew Research Center in 2010, wives are now emerging as the dominant income providers.

Long says that if both parties fairly share in the expenses, the spouse with the lesser income will feel more empowered, plus the higher-earning spouse will feel less like the burden of paying all the bills is entirely on him or her. Having separate checking accounts makes dividing expenses much easier.

“Sharing joint expenses keeps a sense of fairness in the relationship and helps to ease any resentment,” Long says. “Each spouse could contribute a percentage to joint expenses that matches the percentage their income brings to the table.”

Pay your own debts 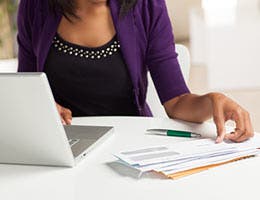 Getting into debt is almost always a choice, not an accident, says John Ulzheimer, president of consumer education at SmartCredit.com. The most predictive of all credit-related practices is what you’ve done in the recent past.

“That means if someone chose to get into debt once, (he) risks doing it again,” Ulzheimer says. “While joint checking accounts are not reported on credit reports, they can be mismanaged, just like any credit obligation.”

Having individual accounts provides a degree of separation between spouses when one of them hasn’t been as responsible with his or her spending habits as the other. Even if the in-debt spouse has every intention of paying off a debt and is working hard to do it, he or she should still maintain a separate account. 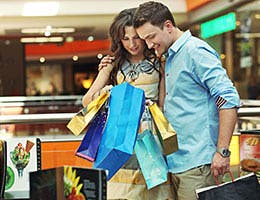 One partner may spend frequently on smaller items, while the other buys larger items, but infrequently. For example, the wife may amass an extensive wardrobe over time while the husband buys a membership at a private golf club once.

“If we outline the money spent by each over the course of a year, it is incredible how often the expenditures are very similar, yet the way the dollars are spent causes tension,” Pitzl says. Separate checking accounts keep one person’s spending habits from affecting the other’s.

Another good reason to maintain distinct checking accounts is that it brings some meaning back to gift-giving, Pitzl says. If spouses buy gifts for each other from their separate accounts, it requires some sacrifice and planning as opposed to grabbing the communal credit card. 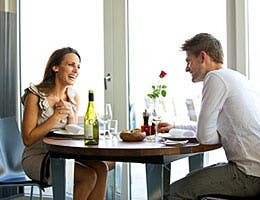 Separate checking accounts can help keep a relationship healthy — no one partner dominates the marriage by dominating the money.

When there is only a joint checking account, someone needs to be in charge, or otherwise, each could be writing checks, withdrawing from ATMs and spending the same money twice, says Rosemary Frank, a Certified Divorce Financial Analyst in Brentwood, Tenn.

“That, of course, leads to overdrafts and excessive fees,” Frank says.

When one person has control, that easily can spill over into other areas of the relationship until an unhealthy parent/child relationship replaces the spousal partnership. You can alleviate this whole “money is power” scenario with a personal checking account for each spouse.

Recognizing that both partners have separate accounts — no questions asked and no judgments made — reinforces the marriage as each makes individual money decisions. 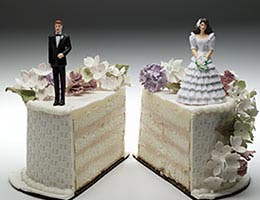 From a financial perspective, it would be best if a couple had separate checking accounts while a divorce is pending, Frank says.

“Each party should not have access to the other’s account,” Frank says. “The court may very well issue ‘temporary orders,’ which spell out how expenses will be met.”

With individual accounts, spouses will be able to pay expenses for which they are responsible without interference from the other partner.

Separate accounts also facilitate the division of assets, so each party can issue and receive checks and these accounts can be maintained post-divorce. State laws determine whether new money going into either account will be recognized as marital or separate assets, which also makes tracking separate assets easier.