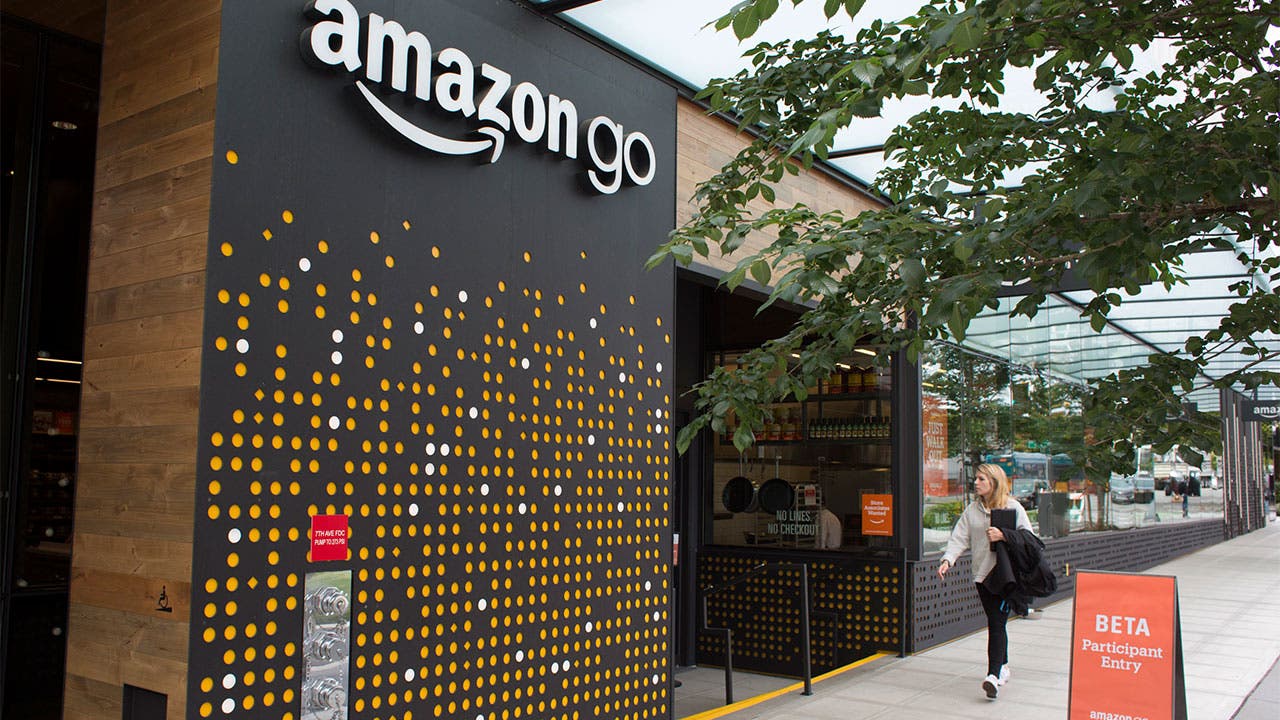 You buy books from Amazon, as well as groceries, candles, and your kid’s sixth birthday present. You stream television shows and movies on Amazon Prime, and tell Alexa to play your favorite songs. You may even own an Amazon credit card.

But would you open a savings account with or get a CD from the Bank of Amazon? Could Amazon end up dominating the banking industry, and what would that mean for you?

One of CFRA banking analyst Ken Leon’s 10 predictions for 2018 is that Amazon would acquire a small or mid-sized bank, and ramp up lending to small businesses and consumers, including mortgages.

“There are opportunities where Amazon would be able to offer customers that are its buying products an additional financial service, perhaps including deposits and loans,” Leon says.

The mere suggestion should be enough to frighten the banking industry.

When word came last summer that Amazon was going to take over Whole Foods, shares of Kroger and Target tumbled. Health care stocks similarly nose-dived after Amazon, Berkshire Hathaway and JPMorgan Chase announced a health insurance pact. Amazon’s stock has climbed approximately 33 percent a year over the past 15 years, well in excess of any competitors. Even Walmart can’t keep up. Tower Records is long gone, and Barnes & Noble just announced more layoffs.

The rise of financial technology and Amazon’s deep relationship with its customers has analysts wondering how the Seattle-based retail behemoth might upend the way you bank.

For years, Amazon has had its tentacles in different parts of the banking business.

While other large retailers offer reward cards for in-store items, no one can rival Amazon’s terms for its general-use product. In fact, given how much Americans spend on Amazon, the card rates favorably against the best cash-back options offered by Bank of America, JPMorgan Chase and Citibank.

Then there’s Amazon Cash. Announced last year, Amazon Cash basically functions like an online debit card, where consumers can load cash into their Amazon account and use that money to buy products on Amazon.com. You sign up for an account, receive a text message with a barcode, go to a participating retailer—including 8,000 7-Eleven stores nationwide—and then hand the clerk cash to fund your account.

Why would anyone do this? A 2015 FDIC report found 27 percent of American households—or 33.5 million homes—were either unbanked or underbanked.

Meanwhile, Amazon recently announced a partnership with Bank of America that will ultimately allow the retailer to ramp up Amazon Lending, it’s small business credit program, which currently provides $1 billion in loans.

The trouble with banking

I wouldn’t count on Amazon buying a chartered bank anytime soon. Walmart, for instance, famously tried and failed for years to receive a banking charter back when everyone thought the Bentonville, Ark.-based retail giant would take over the world.

The regulations that limit commercial firms from owning banks, along with lobbying by the banking industry and political opposition, stymied their efforts.

Moreover, it’s not as if banking is the most profitable business to begin with. A recent Mckinsey report showed industry return on equity, a key metric to gauge bank’s ability to turn a profit, dropped from an average of around 15 percent before the financial crisis to about 9 percent now.

Aaron Klein, policy director of the Center on Regulations and Markets at the Brookings Institute, doesn’t think it is very likely that the regulatory environment will loosen dramatically or big tech firms will want to do what it takes to jump into traditional banking.

“What’s more likely is technology getting to a place where things that we think of banking today can be done outside of banks,” Klein says.

Take payments. Klein recounted a recent experience where someone needed to pay him back for an expense and gave him three options: Check by mail (which would take a while to arrive, and even longer to be deposited), wire to bank account (which required account information he didn’t have at hand, plus fees that neither wanted to pay), or an Amazon gift card.

Klein opted for the check, but he would consider the option as an outlier position for younger Americans. A report by Cornerstone Advisors found 73 percent of older millennials would be willing to use an Amazon debit card as their primary or occasional payment card.

Does this portend grander aims for financial disruption? Perhaps.

Amazon is in the business of selling you things, so it makes sense that they’d want to break down any and all barriers between products on their site and your money.

Maybe they extend Amazon Cash by offering rewards to customers, so the fully banked will start considering it as an option.

“Once that cash is added to an Amazon account it becomes stored value just like an Amazon Gift Card,” says Forrester analyst Brendan Miller.  “Amazon already provides discounts for customers who use their Amazon credit card so it’s not too much of a stretch for them to start offering discounts to customers with stored value accounts like Amazon Cash.”

What does this mean for you?

Free checking has become something of an Orwellian term these days. Banks make customers jump through so many hoops, including minimum balance or direct deposit requirements, that many end up stuck paying maintenance fees more often than they might like. Then there are overdraft fees and wire charges. It can take nearly a week for deposits to show up in your bank account. Amazon is rolling out competitive products in this area in Mexico and India.

Meanwhile, the average Prime consumer spends $1,300 a year, according to Consumer Intelligence Research Partners report, while non-Prime shoppers spend $700. It makes sense that a decent chunk of people’s banking balances could end up in products like Amazon Cash, rather than a traditional checking account.

Amazon doesn’t need to buy a bank to hold more of your money. All they have to do is keep offering no-fee products that engage you more deeply in its ecosystem.