Checking is free no more

After years of depositing their money in free checking accounts, consumers are reluctant to pay for these bank products. But times have changed, and free accounts aren’t as ubiquitous as they once were.

In fact, 89 percent of the checking accounts offered at the 12 largest U.S. institutions involve bank fees, according to “Still Risky: Bank Fees and Disclosures in the States” by the Pew Safe Checking in the Electronic Age Project at The Pew Charitable Trusts, a nonprofit policy research group in Washington, D.C.

Still, it is possible to have a checking account and not pay a penny for it. Here are seven ways to do it. 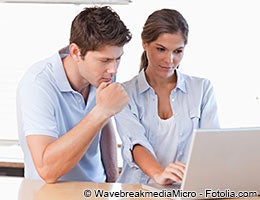 Though free checking accounts are rare, they’re not extinct. In fact, the Pew study statistic in reverse indicates that 11 percent of checking accounts at major U.S. banks still have no monthly bank fee or minimum balance requirement. That suggests consumers can find a free account if they hunt for one.

“It is completely possible to have a checking account without paying any fees whatsoever,” Jorde says.

To find a free account, consumers need to “do some research,” Jorde says. “Get online, and you can very easily find out if there are fees.”

Another option might be a credit union. A recent Bankrate.com survey found 72 percent of the biggest U.S. credit unions offer free checking accounts to their members. 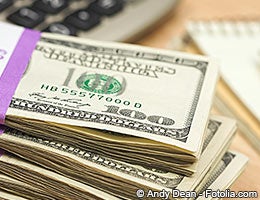 Perhaps the easiest way to get a checking account with no monthly bank fee is to maintain a minimum balance. Easy, that is, for anyone who has a fat wad of cash to keep idle.

According to the Pew study, the median minimum balance required for a checking account free of bank fees at a major institution is $2,000. That might sound high, but the median is the midpoint, which means half of the banks have requirements that are less than $2,000.

What’s more, that median varies from state to state and is typically much higher if the account earns interest. The Pew study found medians of only $1,500 in 23 states, but $5,000 in 19 other states.

The bottom line: Shopping around can make a huge difference.

Deposit or swipe for a fee waiver 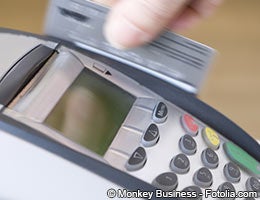 Yet another way to avoid monthly checking account fees is to make regular direct deposits or debit card purchases or to take other actions that trigger a bank-fee waiver, according to Erin Constantine, senior vice president of Wells Fargo Bank in Concord, Calif.

“There are a lot of options in terms of waiving the monthly service fee, so we would encourage a discussion with a banker to make sure (you) can find the account that works for (you),” she says.

Consumers can avoid these fees by comparing checking account offerings, looking for more services and not utilizing services that aren’t included. 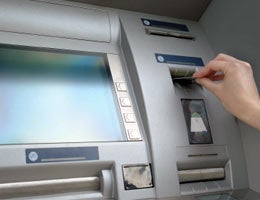 Karen Carlson, director of education and creative programs at InCharge Education Foundation, a nonprofit affiliate of InCharge Debt Solutions, a credit counseling agency in Orlando, Fla., has another tip for bank-fee avoiders.

“This one is a no-brainer. Don’t use ATMs out of your network,” she says.

Bankrate’s recent survey found out-of-network ATM transactions cost consumers $4.07, on average, comprised of $2.50 paid to the ATM operator plus $1.57 paid to the home bank. Clearly, using only the home bank’s ATMs can be a big money-saver.

One way to locate home-bank ATMs is to use a smartphone application. A quick search of a typical online app store suggests most large banks and many community banks and credit unions offer these apps free or at a nominal cost. 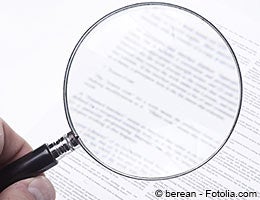 Still, Cora Hume, project manager of Pew’s Safe Checking in the Electronic Age Project, suggested during a recent press webinar that consumers should look closely at their checking account agreements.

“There is important information there,” she said.

The project also has introduced a model bank-fee disclosure box that some major institutions have adopted. Ask to see your bank’s.

Opt out of overdraft 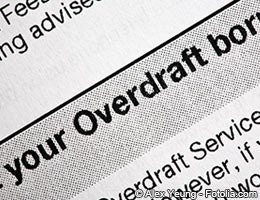 Overdraft services that cover payments or withdrawals that exceed the account balance are among the most costly of banking services. The Pew study found national big banks charged median fees of $35 for an overdraft, an additional $33 for an overdraft that wasn’t repaid within the allowable number of days and $12 for a transfer from another source of funds to cover the overdraft.

A sure way to avoid these charges is to not opt into, or choose to accept, overdraft service and charges, Carlson says.

Jorde of the Independent Community Bankers of America says consumers can avoid overdraft fees by monitoring their account. “As long as they record deposits that go into the account and checks that come out of the account and keep that balance above zero, there shouldn’t be any fees,” she says.

Just say ‘no’ to checking 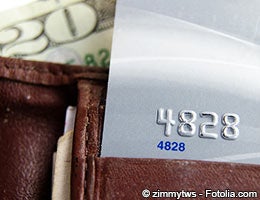 An extreme way to rid bank fees is to not have a checking account and instead rely on cash and prepaid debit cards.

“When you look at the terms and conditions of the leading prepaid cards, they look very similar to shopping around for a checking account,” she says. “There are monthly fees and ATM fees and, at least with a checking account, you’re hopefully not paying fees at your mother-ship ATM.”

A fee-free checking account would be a lot cheaper.