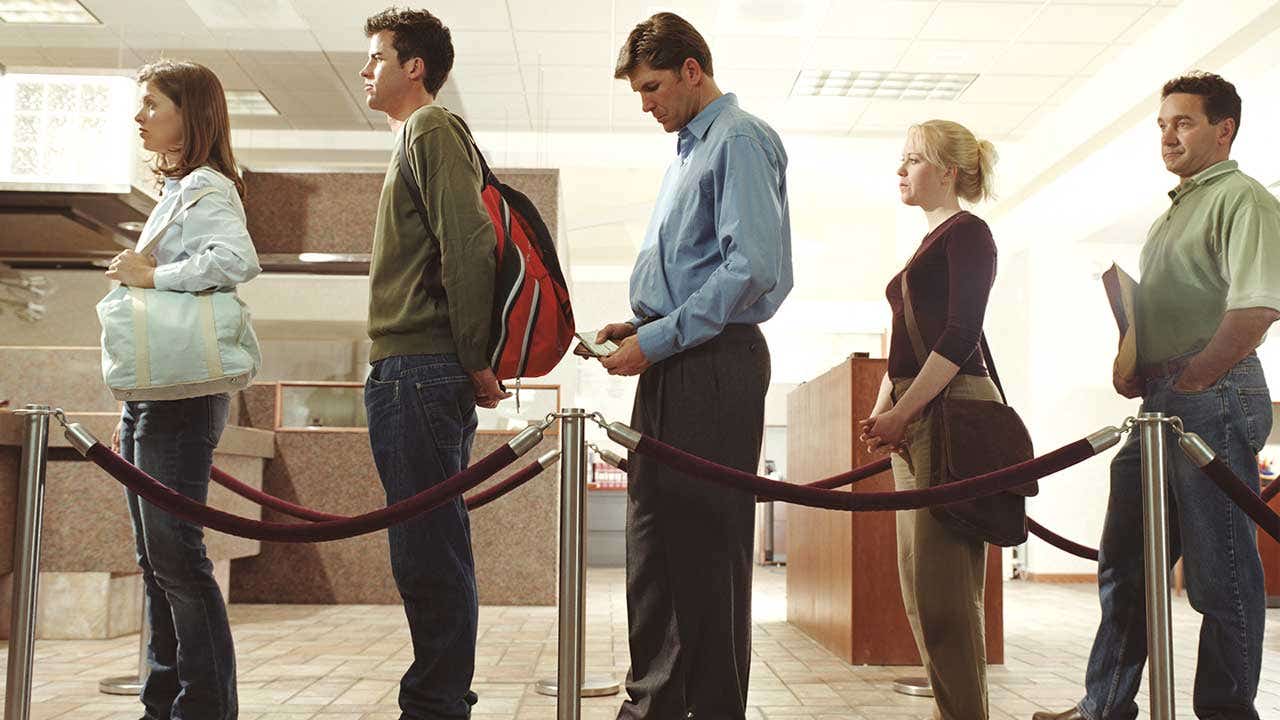 It’s hard to commit to many things: a diet, a bowling league, a New Year’s resolution. But Americans have no problem forming long relationships with banks — at times, maybe too long.

Being loyal to a bank is fine if you’re getting a good deal. But the survey also finds the average checking customer pays about $14 a month in fees.

“If you’re paying any kind of fee or having to strand a balance in an otherwise low-yielding account, then it’s time for you to look for better alternatives,” says Greg McBride, CFA, Bankrate’s chief financial analyst.

Need some suggestions? Check out our companion story, Bankrate’s best banks: How to save (and make) the most money.

Banking for the (very) long haul

Not surprising, seniors 65 and older have stuck with checking accounts the longest: 26 years, on average. At the very far end of the longevity scale are the 3 percent of survey respondents who’ve had the same account for more than half a century.

Dorcas Nelson, a 93-year-old Virginia resident, has had her checking account at what is now SunTrust Bank for 70 years. Although the bank’s name has changed, she says she has always received good customer service.

“It’s convenient and I find that their record-keeping coincides with mine,” Nelson says. “Everything you need for banking is right in that one institution.”

Satisfying customer service is the most popular reason why people stay with the same bank, at 34 percent. Only 12 percent say they choose or stick with a bank because it has low or no monthly fees, despite the toll those charges can take.

Checking fees a costly burden for many

A majority of checking account holders (63 percent) say they manage to avoid paying any fees. But the rest spend anywhere from $1 to more than $50 per month on ATM and overdraft fees and routine service charges.

Millennials are the age group most likely to pay checking fees — 28 percent do — and they say they pay a steep $26.60 a month, on average.

Low-income Americans are hit hard, too: 31 percent of checking customers earning less than $30,000 a year pay charges that average about $31 per month.

Checking account fees can add up quickly, and they’re on the rise. Overdraft fees now cost $33.38, on average, according to a recent Bankrate survey. Out-of-network ATM fees have hit an average $4.69 in 2017, reaching a record high for the 11th straight year.

Time for a change?

If dodging fees is difficult, it may be time to consider other banks.

For many people, however, switching banks seems daunting. In the survey, 14 percent say it would be too much of a hassle.

Amber Westover, a 28-year-old digital marketing strategist in Orem, Utah, recently opened a new account after years of trying to find the motivation to change banks.

“I had major concerns about the actual transfer process,” she says. “Did I have to withdraw all my money to make the switch?”

Leaving your bank may be easier than you think. A “switch kit” can streamline the process of closing your account. Ask whether there’s a kit available at the bank you want to move to, McBride says.

4 things to consider when you switch

Keep these tips in mind:

You can have accounts at multiple banks.  “This isn’t all or nothing,” McBride says. “You can have your checking account one place, link that to your online savings account which you have someplace else, and you can have your mortgage or car payment at a different bank altogether.”

Don’t close your account immediately. Consider opening a new checking account and leaving your old one active for a while. That allows some time for your checks to clear and for your automatic payments and direct deposits to be transferred.

Mind the fine print. Some banks charge an early account closure fee. The terms and conditions will reveal how long you’ll need to keep your account open to avoid that charge.

Bankrate’s survey was conducted by Princeton Survey Research Associates International, which obtained telephone interviews with a nationally representative sample of 1,003 adults living in the continental U.S. Interviews were conducted Aug. 17-20 via landline and cellphone, and the statistical results are weighted to correct known demographic discrepancies. The margin of sampling error for the complete set of weighted data is plus or minus 4 percentage points.