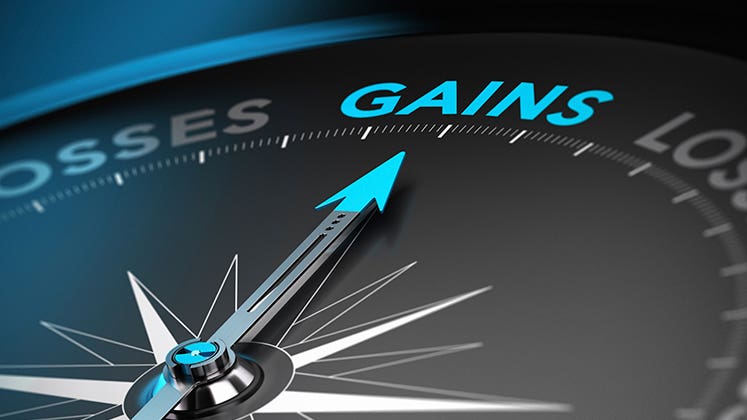 You heard right. There’s no capital gains tax — nada, nothing, zilch, zero — on the sale of assets held for more than a year.

But you might not have heard the full story.

Bob D. Scharin, senior tax analyst from the tax and accounting business of Thomson Reuters, calls the law that was made a permanent part of the tax code Jan. 2, 2013, “the ultimate tax rate reduction.” But as is often the case with tax provisions, this modification comes loaded with restrictions.

First, the elimination of capital gains tax applies only to assets owned for more than a year. Short-term sales remain taxed at your ordinary tax rate.

Then there is a monetary cap.

And it’s not for every investor. Some young investors have been expressly excluded from the zero percent option. Others, such as Social Security recipients, could find that untaxed capital gains might mean new or additional taxes on their retirement benefits.

So before you rush to your broker to sell all your stocks and mutual funds, check out the law’s finer points and how they might or might not apply to you.

The first, and for most the biggest, hurdle to overcome is the earnings limit. Individuals in the two lowest tax brackets — 10 percent and 15 percent — can sell long-term assets and escape any capital gains taxes.

Even if you make more than the maximum for your filing status, you still might be able to take advantage of the zero percent rate. The reason: The cutoff amounts are taxable income, not the larger adjusted gross income amount.

“People are used to having deduction phaseouts tied to adjusted gross income,” says Scharin. “This one is geared to taxable income.”

Taxable income, that amount on which you figure how much you owe Uncle Sam, is reached by starting with your gross, or total, income and subtracting any adjustments (also known as above-the-line deductions), your deductions (either standard or itemized) and your personal exemptions.

Depending upon your deductions, your gross income could be substantially more than the income threshold, but you’d still be eligible for the zero tax rate.

For instance, for the 2014 tax year, taxable income of $73,800 for a married couple, which is the top of the joint filers’ 15 percent bracket, with two children and who use the standard deduction, translates to an adjusted gross income of $102,000.

And even if your total taxable income is more than the threshold amounts, you might qualify for some tax-free capital gains. “The zero percent rate does not phase out in the same way deduction phaseouts work,” says Scharin. “You’re looking at other income as well, and you get the zero percent capital gains rate to the extent that your other taxable income is below that threshold.”

While basing the cutoff on taxable instead of adjusted gross income means more investors should be able to take advantage of the no-tax law, practically speaking, the change might not have that much of an effect.

“People at more moderate income brackets tend not to have a lot of capital gains,” Scharin says. “They may have a mutual fund that paid out a little during the year.”

In fact, many zero-rate eligible individuals tend to invest primarily in tax-deferred retirement accounts, such as traditional individual retirement accounts or 401(k)s. In these cases, the elimination of the capital gains tax is of no use, as these holdings are taxed at ordinary income rates.

Kathy Harrison-Suits, a retired enrolled agent in Tacoma, Washington, sees a similar pattern. “Typically, what we find is people in those tax brackets are in two batches,” she says. “They either have no savings and are not buying mutual funds and stocks, so it has no effect on them. Or they are retirees and pre-retirees, whose incomes have dropped and they have made investments and do have capital gains within their portfolios.”

For retirees, a major potential problem is that asset sales to take advantage of no capital gains taxes could actually increase their tax liability.

“There are some pitfalls,” says Harrison-Suits. “Retirees drawing Social Security, when they initially figure their taxable income, may well be below the limits. But as their capital gains go up, so does the amount of Social Security that might be taxable. So we have a real tax-planning issue that has to be looked at in a lot of different ways.”

“You do need to look at what it might do to the rest of your income,” says Scharin. “While you might avoid the capital gains tax, it could raise your adjusted gross income and that may cause more of your Social Security benefits to be taxed or it could potentially affect other deduction phaseouts.”

Keeping some kids out

While retirees might benefit from the zero capital gains rate, another group that ordinarily would seem a good fit is locked out of the no-tax option.

Young taxpayers usually are in the eligible 10 percent and 15 percent tax brackets. But a change in the kiddie tax, the law governing taxation of young investors’ assets, prevents them from getting the zero percent rate.

Under the kiddie tax, if a child age 18 or younger (or up to age 23 if a full-time student) has investment income of more than $2,000 for tax year 2014 or $2,100 for tax year 2015, those earnings are taxed not at the child’s lower rate, but at the parents’ top tax rate. So if parents don’t qualify for the zero capital gains rate, neither will their kids.

The age limit for the kiddie tax used to be lower, but Congress upped it in conjunction with the arrival of the zero percent capital gains rate. Lawmakers saw the ability of parents to shift income to their children who then could sell it and owe no tax as too big a loophole to leave in place.

Some young investors, however, still can get the tax break. For instance, a young college grad in the 15 percent tax bracket may decide to sell some assets that have appreciated and reallocate her portfolio.

“It works well for the lower-income levels, which in many cases is younger people just getting started. If they have gifted or inherited stock, this is a good time to look at selling,” says Harrison-Suits.