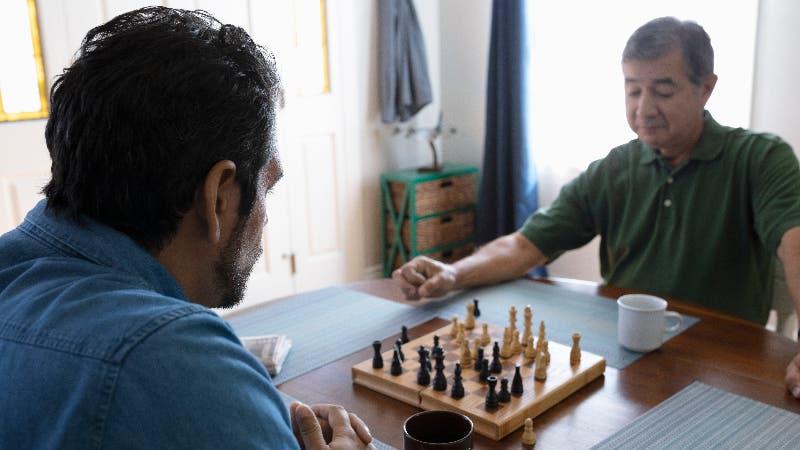 It’s human nature: We don’t want to think about bad things happening to us or our loved ones. But not properly planning for these circumstances can end up being a very costly mistake.

Jill Schlesinger’s book, “The Dumb Things Smart People Do With Their Money: Thirteen Ways To Right Your Financial Wrongs” covers 13 financial missteps she says people should look to avoid.

But if she wrote a fourteenth chapter, Schlesinger says it might have dealt with how costly procrastination is.

Don’t try to go for perfection, says Schlesinger who is a certified financial planner, syndicated columnist and appears on CBS radio and television.

Here are five financial topics that many people will put off for as long as possible. These delays can end up costing significant amounts of your money down the road if you’re caught off-guard.

Saving for retirement is a common topic.

“A good one to start with is retirement because we know that people understand the need to fund retirement,” Schlesinger says.

But that doesn’t mean that everyone saves — or saves as much as they should.

Half of American workers don’t have enough saved for retirement, according to a November 2019 poll from Bankrate.

It makes sense that the sooner you start saving, the more time you’ll have on your side.

Why people put it off: There are other bills to pay or other purchases people want to make. Also, if you don’t have access to an employer’s retirement plan that can make retirement saving less automatic. As Schlesinger says in her book, sometimes parents prioritize paying for their children’s education instead of funding their own retirement.

How it costs people: They may have to work longer or during retirement. It can also cost them the retirement lifestyle that they envisioned. It can also cause parents to be forced to live with their children if they didn’t properly plan for retirement.

What you can do: Make sure you start contributing toward your retirement as early as possible, with the goal being to maximize your annual contribution. But even if you can’t reach the maximum level, try and push your limits by raising the percentage you contribute toward a retirement account.

Even if you start saving for retirement at 25 years old, you still need to save 10-17 percent of your annual income according to a report from Stanford University. Wait until you’re 35 or 45 and you may need to contribute 15-27 percent, according to the study.

People don’t like to think about death. Whether it’s their own death or the death of a loved one. But not having life insurance can put a family in a catastrophic financial bind.

Another reason some may not buy life insurance is that they already have it through work, Schlesinger says.

“‘But I don’t even want to take the time to see whether I could get a really cheap insurance policy online,’” Schlesinger says of a likely excuse.

It’s important to realize that your life insurance policy through work probably doesn’t have a large enough death benefit, especially if you have a family. Assuming your life insurance through work is equal to your annual salary, is that going to really be enough to pay for the mortgage or rent for many years and pay for your child’s college tuition?

Why people put it off: If nothing bad happened to them previously, they think nothing bad will happen in the future. They also don’t like to think about death. Or they rely too much on a smaller insurance policy through work.

How it costs people: People aren’t properly prepared when an unexpected death happens and people’s lives are significantly impacted. A family may be forced to move if they can no longer afford the mortgage or rent upon the death of a parent.

With a proper policy in place, a child’s college tuition could be taken care of if, God forbid, a parent passed away. Without one, saving for college may be even harder for one parent. Grieving is hard enough. But grieving — and worrying about money — would make the situation even more stressful.

Procrastination here also costs people as life insurance rates generally increase as people get older. We usually don’t get healthier as we age.

What you can do: Use a life insurance calculator to see how much your family or loved ones would need if something were to, God forbid, happen to you or your spouse.

For many, term life insurance is sufficient, according to Schlesinger. It’s usually the most cost-effective option too.

“Probably 95 [to] 98 percent of people, that’s all they need,” Schlesinger says. “You really can avoid a lot of headaches.”

There are a few reasons why people choose not to purchase disability insurance. One can be to save money on premiums. But many people who end up unable to work due to a disability, never thought they’d actually need the insurance.

Why people put it off: They assume they’ll stay healthy and nothing will happen to them. It’s the money-saving mentality that they’ve gotten by without it, so why pay for it in the future.

How it costs people: If you’re not able to work, then you likely won’t have a regular stream of income coming in. Or that stream may be substantially reduced. This can cause you to deplete your savings, an example Schlesinger uses in her book. Or it could cause you to incur debt or be forced to dramatically cut your spending.

What you can do: Make sure you look into disability income insurance if you wouldn’t be able to live without your income. Don’t assume that health problems and other circumstances can’t happen to you.

Also, Schlesinger says she sees this happen with long-term care insurance too.

4. Making a long-term care and estate plan for their family

Death or illnesses are topics that people don’t want to think or talk about — especially when they involve a parent. It can be very hard to imagine a time when their parents may not be able to care for themselves.

Talking about these topics is tough, but making a decision about how to best prepare for them will help you sleep better at night. Hoping it takes care of itself without communicating just isn’t an effective method.

If you have children, people often don’t draft wills because they can’t figure out who should be the guardian if something were to happen. If you can’t agree on the guardian, name one of your parents, Schlesinger says.

“Name somebody knowing that we’ll come back and revisit this in the next couple of years,” Schlesinger says.

Why people put it off: Nobody likes to have a conversation about death. It can be even harder to talk about death with your loved ones. Also, the pressure for the perfect plan could lead to no decision or no plan put into place.

How it costs people: As Schlesinger points out in her book, better planning can help parents make better living choices when they age. Parents leaving a house to loved ones might not be the best decision in some cases.

What you can do: Try to plan some sort of gentle conversation about the topic with your parents and see where it goes from there. Schlesinger gives this type advice in her book.

Make the best possible decision now, especially if it’s a decision that you can change. And then revisit that decision in a year to see if anything changed or if you changed your mind.

5. Building their savings and maximizing returns

It’s a great accomplishment to save money. Whether this is for your emergency fund or just money for a rainy day. However, you need to make sure your money is growing. If you’re not keeping up with inflation, your money is losing purchasing power. Your money needs to be growing at a rate higher than inflation, which is currently around 1.6 percent in order to not lose future value.

But 44 percent of people were earning less than 1 percent annual percentage yield (APY), according to a Bankrate survey from May 2019.

That was before the Federal Reserve cut rates three times in 2019. So the number of people earning 1 percent APY may be even lower now.

A typical American household has $8,863 in a savings account, according to an analysis of Federal Reserve data. And nearly one-in-four Americans (24 percent) responded to a Bankrate survey in May 2019 that they weren’t earning any interest on their savings.

A savings account at 1.7 percent APY would help you earn around $150 in a year — assuming the APY stayed the same for the year. Or a one-year CD at 2 percent APY, would earn a little more interest and would have a fixed APY for the term.

Why people put it off: They might not think it’s worth it because they think the interest won’t add up over time. They don’t see the big picture of letting money just sit there, not earning a competitive yield.

How it costs people: Not earning any interest really hurts your future purchasing power. It’s not something you can see on a month-to-month basis. But long term, your money is losing future value. Even if you’re only earning a few dollars in interest, that’s better than nothing.

What you can do: Use a savings calculator. Plug in your current APY and then compare savings and CD rates on Bankrate. Calculate how much money you would have if you were in a higher-yield account.

The new year is a great time to start fresh and make changes. But often times these resolutions don’t turn into sustainable habits.

“And the resolution can sometimes be so bland,” Schlesinger says.

For instance, if you say you’re going to get better with your money, Schlesinger says you should nail down a more specific financial resolution.