A Bankrate survey found that over half of those polled would be unable to cover a $1,000 surprise expense. Without any emergency fund to fall back on, issues such as a failed transmission or a burst pipe could sabotage budgeting plans and cause financial stress.

One common way to cover expenses until the next paycheck is to borrow money that you repay with a future paycheck. Payday loans and cash advance apps both allow you to borrow money ahead of the next payday. With a payday loan, lenders charge high annual percentage rates (APRs) to borrow money. These high fees can lead to more long-term financial trouble, since they can build up into greater debt.

Cash advance apps are a newer development that similarly provide fast cash ahead of your next paycheck, but tend to charge much lower fees than payday loan lenders or none at all. The app makers earn money off of voluntary “tip” payments or membership fees, rather than interest. The lower costs, in tandem with inflation outpacing wages and persisting financial difficulties caused by the coronavirus pandemic, may be why cash advance apps are becoming increasingly popular.

Earnin is an app that allows you to borrow against your next paycheck quickly without any fees or interest payments attached.

When users sign up for the app, Earnin connects their bank accounts to verify their payment schedules. The app calculates users’ hours by tracking how long they’re at work using their phone’s GPS or by allowing them to submit a timesheet. It then determines hourly pay rate based on how much money the user receives in direct deposit.

Earnin allows you to withdraw wages that haven’t been paid for by employers yet. When the next paycheck hits your bank account, Earnin automatically debits your account for the amount that was borrowed.

Initially, users can only withdraw up to $100 each pay period. The maximum amount that can be withdrawn is $500 but only after users establish a record of app use and repayment.

There is no fee attached to the service. Earnin makes money from voluntary tips from its users.

If overdraft fees are cutting into your budget, Dave can help. Dave’s app looks for potential overdrafts, like an upcoming bill, and alerts users before their accounts are overdrawn. The app also provides a Yours to Spend summary, a personalized budget that factors in income and past expenses to estimate how much users can spend freely.

If you don’t have the funds available for an upcoming expense, Dave can lend a small advance. It determines the max advance amount based on how much you’re able to pay back on the next payday. Users are expected to repay the interest-free advance as soon as their next paycheck is deposited.

Additionally, Dave can guide users to find a side hustle in the gig economy. A side hustle is a job taken on in addition to a main job, and it may have more flexible hours and pay. It can help eliminate the need to take out a short-term loan at all by providing supplemental income in between paychecks.

Dave membership costs $1 a month, and users who want to further support for the service can also send tips. Dave also has a spending account users can sign up for, which comes with a feature that allows paychecks to deposit into your account up to two days early.

Brigit is another app that helps with budget management and offers cash advances to stretch funds between paychecks.

To get an advance, Brigit needs to connect to a user’s checking account that has an active history for at least 60 days. Additionally, the checking account must have a positive balance and a record of at least three direct payroll deposits. Assessments of your bank account and spending history factor into a Brigit score, which the app uses to determine whether you qualify for instant cash. Users may qualify for up to $250 in cash advances. Brigit then sets a due date for the loan’s repayment.

Users who qualify for instant cash through Brigit also have the option to turn on an automatic transfer feature that sends an advance to the user’s bank account when they’re at risk of an overdraft. Plus, like the Dave app, Brigit can help you find a side hustle to bring in extra income when you need it.

The basic membership to Brigit is free but doesn’t include access to cash advances. That service requires upgrading to Brigit Plus for $9.99 a month, which includes several other features to boost users’ financial health, including a credit builder, identity theft protection and repayment extensions that allow users to reschedule their due dates.

Current is a checking account available only through a mobile app. The app’s goal is to help consumers spend less money on fees and find ways to budget more effectively.

Witch a Current account, direct deposits transfer to your account up to two days sooner and overdrafts are covered with no fee — up to $25 in overdrafts for new account holders, with the ability to increase that limit to $200 over time.

Current also instantly releases pre-authorized holds on purchases with variable amounts, such as gas stations, that typically place a hold on your account for up to 10 days. Current releases the hold, sending the funds back to your account.

At the time this article was updated, Current also offered a $50 bonus when new members sign up and receive a direct deposit of $200 or more within 45 days.

5. Chime – Best for those tired of bank fees

Chime is an app that is associated with Chime’s Checking Account. With the Chime app, users can receive directly deposited paychecks up to two days early. The app sends alerts for any new transaction to help users keep track of spending and detect any unauthorized expenses. In the case that a user loses their debit card or notices a suspicious transaction, they can immediately disable the debit card from the app.

Chime comes with the SpotMe service, which allows account holders to overdraw their accounts up to $200. The limit for new users, however, is $20. Chime deducts the overdraft amount from the user’s next paycheck, helping users cover expenses without having to worry about overdraft fees.

Chime accounts are free to use. Instead of imposing bank fees on its customers, Chime earns money from fees charged to merchants for each debit-card transaction.

6. DailyPay – Best for those who receive direct deposits

DailyPay is designed for employees who want more flexibility with their paychecks. It allows employees to transfer their earnings from hours worked early, even up to daily.

Unlike some other early payday apps, the money you transfer over with DailyPay doesn’t need to be paid back — it’s money you already earned. However, it will be subtracted from what would otherwise be a weekly or biweekly paycheck.

When you make a transfer using DailyPay, it can be deposited to a checking account, savings account or a debit card. The app allows up to $1,000 in transfers each day.

Your employer must be enrolled with DailyPay for you to use it. The app charges a variable fee for each early payday transfer made.

Pros and cons of using a cash advance app

Though cash advance apps can help to cover emergency expenses, there are also some risks to consider that come with using them.

The days between paychecks can seem like a major obstacle, especially for low-income populations. Cash advance apps can help to provide some extra assistance to cover emergency costs, but it’s best to pair them with building an emergency fund savings. That way, you’ll have short-term coverage from the app if needed, while also practicing better saving habits. 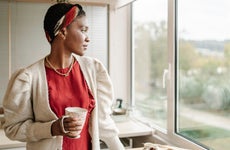 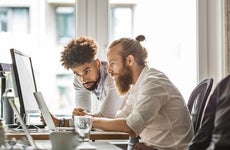 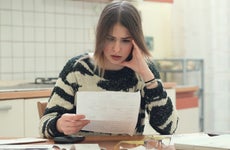 Alternatives to emergency and payday loans 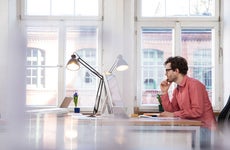 What you need to know about payday loans