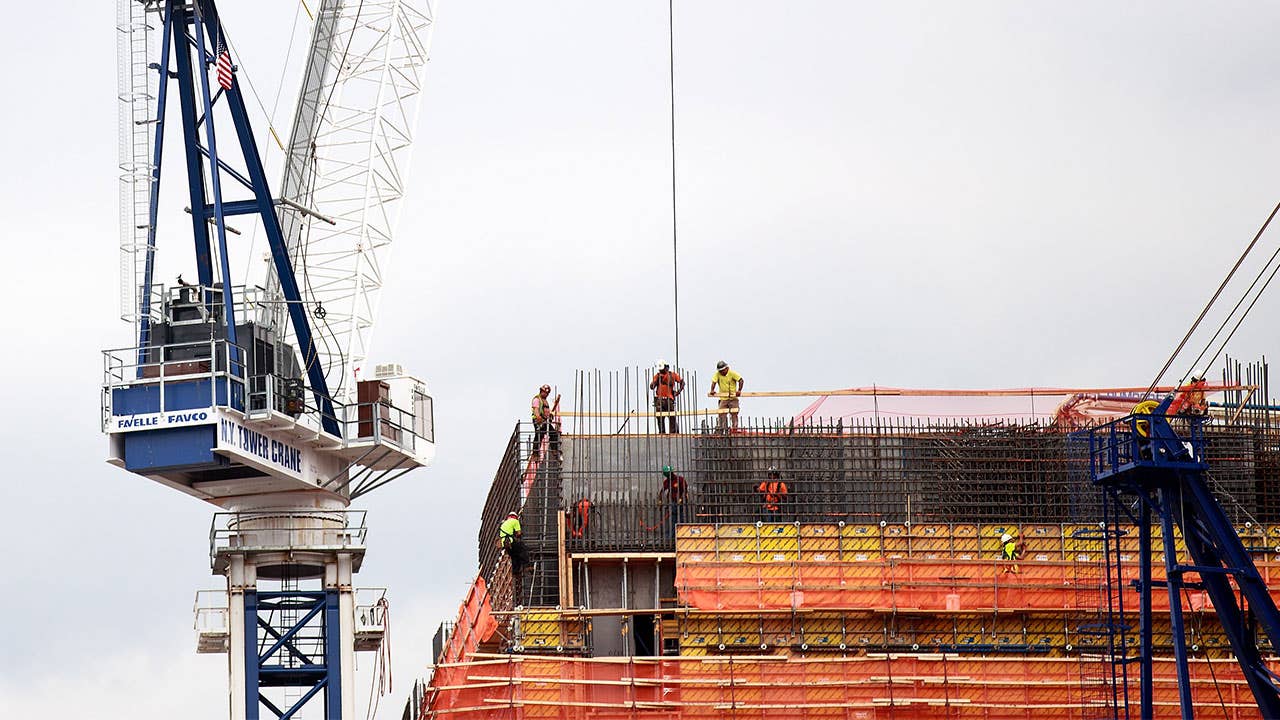 Indeed’s Director of Economic Research Martha Gimbel knows exactly how to describe the U.S. economy, and it doesn’t require any of the complex numbers or theories associated with her field.

Instead, it involves a childhood-favorite called “candy man” – and the description fits the Labor Department’s jobs report for January.

“There’s this old quote from Willy Wonka & the Chocolate Factory,” Gimbel says. “‘There’s no knowing where we’re going, and it shows no signs of slowing.’ That’s how I feel about the economy” because it “continues to have more strength in it than we’ve anticipated.”

The U.S. economy added 304,000 new positions in January, the Bureau of Labor and Statistics reported Friday in Washington in its monthly Employment Situation report. That number nearly doubled economists’ estimates, and it marked 100 months in a row of job gains during the second-longest expansion on record.

At the same time, the jobless rate edged up to 4 percent, reflecting the number of federal employees and contractors who were out of a job during the longest government shutdown in U.S. history. Government employees who weren’t working or getting paid during the conflict in Washington were considered unemployed, the Labor Department said.

But a figure that’s puzzling economists during the expansion is much how much worker pay has been increasing. Wages grew on annual basis by 3.2 percent this month, down from an upwardly-revised 3.3 percent in December, according to the report. Although it extends three-straight months of growth past the 3 percent mark, it’s not as high as economists say it should be while the job market is this strong.

Still, however, it’s a solid report, and it signals that hiring will remain robust, economists say.

“It’s time to get off the couch,” says Scott Anderson, chief economist of San-Francisco based Bank of the West. “There are more job openings now than I’ve seen in probably 20 years out there. It’s a good time to look for a job or find an even better job” because “the labor market is really hitting it out of the park.”

Breaking down the report

The government shutdown had “no discernible impacts” on the headline job-growth number. Its impact did, however, show up in some of the more-specific figures.

The number of people working part-time for economic reasons, such as staying on top of bills or providing for families, jumped by a half-million between December and January. It’s no coincidence that it happened around the shutdown, says Joe Brusuelas, chief economist at RSM.

“That perfectly captured the indirect effects of the government shutdown,” Brusuelas says. “That’s the collateral damage.”

Many federal workers also relied on charities or took out loans to cover expenses during the shutdown.

At the same time, some industries posted exponential gains, such as leisure and hospitality, which added 74,000 new jobs as a sector last month. This is a surprising performance, Brusuelas says, because January is “typically a period when you would see a slowing of hiring or declines following the holiday season.”

Over the year, the leisure and hospitality industry has added 410,000 jobs, according to the employment report. Increased hiring in this industry may indicate that people have more money in their pocketbooks for discretionary expenses, says Dan North, chief economist at Euler Hermes North America.

“Consumers are thinking, I can go out to a restaurant. I can go on an overnight or a long weekend to a hotel,” he says. “I have discretionary income, and that tends to speak broader to economic health.”

But before consumers decide to quit their jobs and enter the seemingly booming leisure and hospitality sector, it’s important to be cautious. Interpreting month-to-month hiring gains is never easy, Gimbel says.

“Leisure and hospitality is seeing gains faster than it’s seen over the year,” she says. “Whether or not that’s a one-month blip, we’ll have to watch and see.”

Still, downward revisions to the number of payrolls are likely. The 312,000 jobs added in December were downwardly revised to 222,000, and that was without a prolonged shutdown.

What about your wages?

One of the “disappointing aspects of the report,” Anderson says, is annual wage growth, which fell this month to 3.2 percent from an upwardly-revised 3.3 percent in December.

“It’s a little bit of a disappointment for workers looking for a little bit more in their paychecks this year,” Anderson says. “Employers are going to be able to hold down wages.”

Typically, as unemployment falls, wages rise, Anderson says, but this time around, “you’re just not seeing that connection as strongly.”

And as wages pick up, inflation typically lifts as well. This means that the Federal Reserve, which is responsible for ensuring low inflation and high employment, has a tricky time on its hands.

The annual wage growth reflected in this month’s report adds to signs that the Federal Reserve is going to hold off on further interest-rate hikes and practice its newfound goal of “patience” as it waits to see “more signs of inflation breaking,” Anderson says.

And at the same time, low inflation is great news for workers, she says, who are looking to increase their own buying power while wages gradually gain more momentum.

Regardless of its caveats, the report underscores an important message about the economy: It’s a great time to be a job-seeker.

Only nine months out of the past 100 have job gains seen higher growth than this one, says Gimbel. This means that job growth is at a historic longevity, and this month’s number is bigger than what most economists have already seen.

One of the fastest-growing job search terms on Indeed is “no experience,” Gimbel says, which indicates that job seekers who either “don’t have experience in a particular role, or who may have been out of the labor force for a while, are feeling more confident about being able to land that job that they want.”

And during a period of intense uncertainty surrounding Brexit, global growth and the trade war with China, it’s good to know that some parts of her “Willy Wonka” economy are still going strong.

“I think a lot of people have felt on edge over the last few months. The stock market has been doing it’s thing. The shutdown obviously really hurt consumer confidence,” Gimbel says. But “for now, the labor market really is just beating along. People should really consider that this is a pretty good time to be looking for a job. We hear from employers all the time about how hard it is to hire in this kind of economy, and if you’re a job seeker, the power is really with you right now.”