The economic recovery has reached old age and may be slowing down, making this a good time to prepare for the hardships — some of them surprising — that a recession brings.

There’s more to worry about than a pink slip, financial experts say.

“There are so many other things you may need to face in an economic downturn that may not be directly related to your employment situation,” said Bruce McClary, a former credit counselor and now vice president of communications at the National Foundation for Credit Counseling.

Less severe problems can affect greater numbers of people than outright job loss, such as:

“Employment data can be a little misleading,” said Kelley Motley, director of analytics at Experian. “It doesn’t take into account underemployment.”

Extra income that has become built into people’s budgets can vanish quickly when companies start to feel pinched. The sudden loss of income can cause missed payments that trash your credit score and unleash debt collectors.

What to do: Adjust your budget now to avoid depending on extra income such as bonuses and overtime. Use any extra cash to strengthen your financial posture instead. “My advice to people is always to plan a budget without regard to bonuses and pay incentives,” McClary said. “Use that to build savings and pay down debt.”

For example, people who depend on switching a high-interest balance to a 0-percent balance transfer card will see that option become less available as card issuers try to cut their exposure to risk of not being paid back. Bankers have predicted higher defaults on credit cards in 2017, and surveys of consumers support the idea that cardholders will have increasing difficulty meeting minimum payments on time.

What to do: If you can’t pay off a balance, check into alternative ways to fund it — such as informal loans from family or a side gig — while you whittle down your debt. Credit counselors say many two-car families can get by with one car, supplemented with ride sharing and public transit. That can save big on payments and insurance while generating a lump sum of cash to pay down debt.

3. Credit limits may be reduced and accounts closed.

Credit card issuers can dial back your credit limit or even close your account to shield themselves from risk. During 2008 to 2010, credit card limits decreased 28 percent, according to research by the Federal Reserve Bank of New York. That’s bad news for consumers, many of whom rely on credit as a stopgap to cover necessities when the economy causes a shortfall in their incomes.

What to do: Pay down balances now and beef up savings to supply emergency funds. “There’s nothing worse than losing your job or getting hours cut back while carrying a balance you were barely able to maintain under the best of circumstances,” McClary said.

Contracts build expenses into the monthly budget, making them difficult to cut back, credit counselors say.

“If you’re under a two-year contract with your phone and your cable, it’s not always simple to get out of that arrangement,” said Joan Reading, president of the Credit Counseling Center in Richboro, Pennsylvania, near Philadelphia. “When there’s a change of circumstances, it’s very hard to react.”

What to do: Make note of the contract expiration date and plan ahead, she said. Can you go month to month at that point? Will equipment be paid off, reducing monthly costs? If service is really a necessity, explore options for reducing the cost, such as buying equipment (phone, router, etc.). Having more flexible plans will help your budget absorb shocks. If a financial squeeze hits, it may be necessary to pay a fee to end the contract early, Reading said, a money-saving move that many people dislike.

Prepare now for an economic downturn

Now is the time to get your financial situation in the best possible shape to face an eventual recession.

Reasons to be prepared now

The economy has been expanding since hitting bottom in mid-2009, according to the National Bureau of Economic Research. That makes this recovery three years longer than the average growth cycle in the U.S. since 1945. If it reaches 10 years, it will tie the record for the longest expansion.

Maybe the slow pace of the recovery will allow it to run longer than normal, but the odds of it ending get stronger as time goes on. The American Bankers Association Economic Advisory Committee (EAC) is bullish about the expansion, putting the odds of a recession at only 15 percent this year. That rises to 23 percent in 2018, and 32 percent by 2019.

Economy is back; buying power, not so much

While the expansion has brought jobless levels down below 5 percent, it hasn’t done so well at boosting people’s paychecks. Household real income — that is, after deducting for inflation — is taking its time catching up to pre-recession levels, according to the U.S. Census Bureau. The median household income was $56,516 in 2015, still 1.6 percent below the pre-recession level reached in 2007.

Consequently, many families are short on resources to cushion against the unexpected. Forty-six percent of respondents in a Federal Reserve study said they would have trouble paying an unexpected expense of $400 without borrowing some of the money or selling something off.

“Many people are living paycheck to paycheck,” Reading said.

With the economy already at or near full employment, “The extent of the improvement in 2018 will depend largely on the size and composition of fiscal stimulus,” ABA’s EAC chairman Christopher Probyn said in a news release. Probyn is chief economist at State Street Global Advisors.

Whether Washington can agree on stimulus measures — such as tax cuts and spending increases — remains to be seen, however. Meanwhile, fears of a U.S. debt default are building, with potentially dire economic consequences. A June report by the Congressional Budget Office says the Treasury will run out of cash in early to mid-October, without an increase in its borrowing limit. Congress appears headed for a battle over the issue, as anti-deficit members are seeking spending limits as a condition for raising the debt ceiling.

Of course, the future defies prediction. Some analysts point to the possibility of a prolonged period of economic stagnation instead of recession, with stable employment but little improvement in income and living standards.

If a recession does come, economists say that it will likely hit some regions and industries harder than others — in the way that the 2008-2009 downturn hit overpriced housing markets hardest, wiping out families’ wealth in foreclosures.

In the Detroit area, for instance, the ups and downs of manufacturing have conditioned people not to take jobs and income for granted. “With all the auto industry buyouts, the idea of being adaptable, going to community college to get retrained, is something that’s pretty common in this area,” said Katie Bossler, financial counselor at Greenpath Financial Wellness in Michigan.

See related: To stay on budget, click ‘unsubscribe’, Bad credit? It’s getting tougher to get a card

Editor’s note: This story, “How to prepare for the next economic downturn” originally was posted on CreditCards.com. 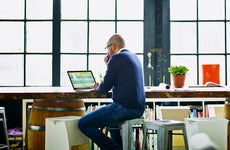 Feeling broke in a bad economy? Here’s how to cope. 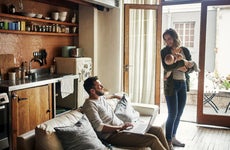 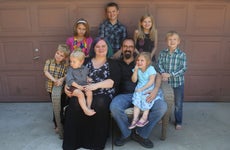 4 ways to prepare yourself for the next financial crisis