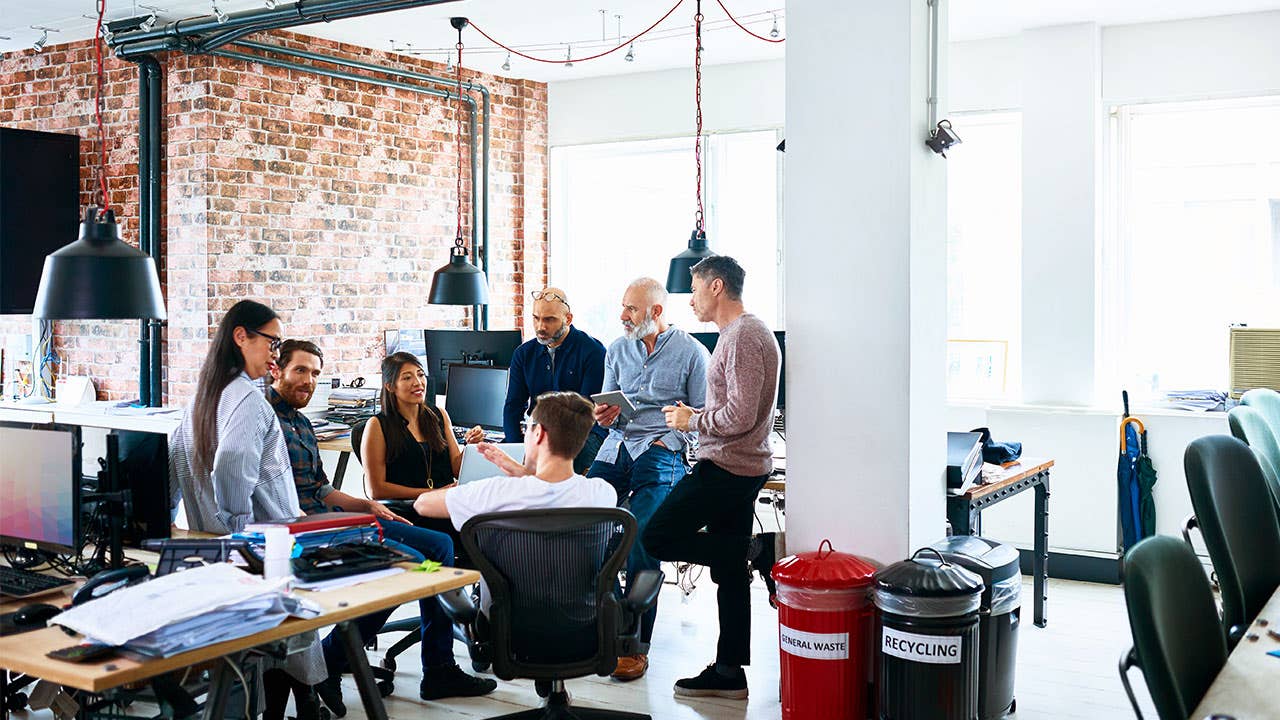 The FIRE movement — which stands for financial independence, retire early — has been quickly gaining mainstream appeal in recent years. The community is a tightly-knit web of bloggers, forums and Facebook groups where people gather to share tips and provide support for one another along the way.

From the outside looking in, FIRE can be a difficult concept to grasp. And for those who don’t do their due diligence in research, the community can come off as far-fetched and self-absorbed. Well-known personal finance expert Suze Orman has even said she “hates” the concept of FIRE.

Bankrate spoke with a number of FIRE experts — people who have gone through or are going through the FIRE process themselves — who shared their thoughts on the biggest misconceptions about the FIRE movement. Here are their top five.

1. Retiring early doesn’t mean sitting around and doing nothing for the rest of your life

While FIRE folks are retiring early, they aren’t doing so to sit around all day. Instead, the “retire early” aspect of FIRE focuses on the freedom to leave a 9-to-5 corporate job and instead pursue work that’s more meaningful to them.

“Mr. Money Mustache,” a prominent voice in the FIRE community, describes “retiring early” not as ditching work altogether, but focusing more on endeavors that give “complete freedom” for individuals to become the best versions of themselves.

“Early retirement means quitting any job that you wouldn’t do for free,” writes Mr. Money Mustache. “But then continuing right ahead with work in something that works for you, even when you don’t need the money.”

Sam Dogen, owner of the blog Financial Samurai, is another one of the voices at the forefront of the FIRE movement. After his personal wealth got rocked following the Great Recession back in 2008 (Dogen claims he lost 35 percent of his net worth in just 12 months), he made moves to achieve financial independence.

Today, Dogen has attained FIRE, runs his blog and works as a part-time tennis coach. And interestingly enough, he says people who think FIRE individuals just sit around and do nothing after retiring early are grossly incorrect.

“It’s not like you’re sitting on a beach somewhere drinking mai tais,” Dogen says. “People get hung up on the traditional idea of retirement but if you think about it, the people who achieve FIRE in their 30s or 40s did so because they put in extra effort…they’re probably much more motivated to do something else.”

2. It’s not about making huge sacrifices and living off of nothing in order to achieve FI

The Wall Street Journal featured one woman chasing FIRE who said she lives frugally by buying brown bananas. This must mean that most individuals who save 50 to 60 percent of their income are chowing down on rotting fruit too, right?

Financial independence blogger Chrissy from Eat Sleep Breathe FI points out that like in every community, there can be extremists — those who are willing to push their limits to achieve a goal — but they make up a small portion of the overall community.

“We’re just a whole lotta normal, non-extreme people reaching for FI — on regular incomes,” Chrissy writes. “We neither deprive ourselves nor do anything to the extreme. And yet, we’ll still reach FI in our 40s.”

Instead, FIRE individuals rely on things like passive income to help achieve their financial success. For example, Chrissy rents out bedrooms in her home to students, which she says generates an additional $12,000 a year. She and her husband also share a car and often eat meals at home.

3. You don’t need to be making six figures to achieve financial independence

Mr. Money Mustache points out that higher-income earners are usually passionate about FIRE, but they aren’t the only ones who can achieve it.

The amount of money someone makes isn’t a direct determination of whether they’ll be able to achieve FIRE. For those people whose income increases over time, many fall victim to inflating their standard of living past their means to pay for it. For example, someone might go upgrade their car or go on a spending splurge because they think that they “deserve” to.

4. If a recession hits, it’s not going to end FIRE

Dogen adds that critics of FIRE build skepticism over the movement being butchered by a recession. But in his eyes, a bear market would have the opposite effect on individuals who have already attained or are seeking financial independence.

“If we’ve had the habit of saving aggressively for a long time, I think we’re going to be much better than the average American who only saves six or seven percent of their income,” Dogen says. “We’re going to be the survivors of the apocalypse because we’ve developed some strong core fundamental habits.”

There are plenty of strategies to help FIRE participants survive an economic slowdown. Some of these strategies are obvious, like cutting spending, but others are much more advanced, like saving cash in emergency reserves, adjusting withdrawal rates or rebalancing investment portfolios.

A recession could prompt FIRE participants to reevaluate their plans, but it won’t knock them out entirely.

5. It isn’t just a bunch of dudes in tech

Contrary to what popular outlets like the New York Times have claimed, participants and leaders in the FIRE movement aren’t just rich white guys. A quick Facebook search for women-centric FIRE groups pulls up dozens of results, some of which have thousands of members.

Additionally, a recent survey by TD Ameritrade shows that 41 percent of financially independent respondents were women.

While the stereotype of men occupying the majority of the space in the movement isn’t true, Angela, owner of the FIRE blog Tread Lightly, Retire Early, set out to record other FI blogs run by women.

“The idea of the male financial blogger is so ingrained, even in me, that I had honestly expected this list to top out at around 30,” Angela writes on her blog. “It has now morphed into over 100. It goes to show how deep that bias is, even when you think you are aware of it.”

Why is this stereotype rooted so deeply? One blogger, Liz from Chief Mom Officer, claims it has much to do with the general conversations around FIRE in the mainstream media. (While her argument does generalize a negative perspective of media, she admits on an individual basis, reporters are inherently good.)

But Liz does make a compelling point about why the stereotype exists to begin with.

“When one big media outlet picks something up, the others ones do as well,” she writes. “Those of us independent bloggers, hobbyists, and writers just don’t have the reach to successfully counter mainstream media with a different story. Nothing I write here on my site has the reach of a New York Times article.”