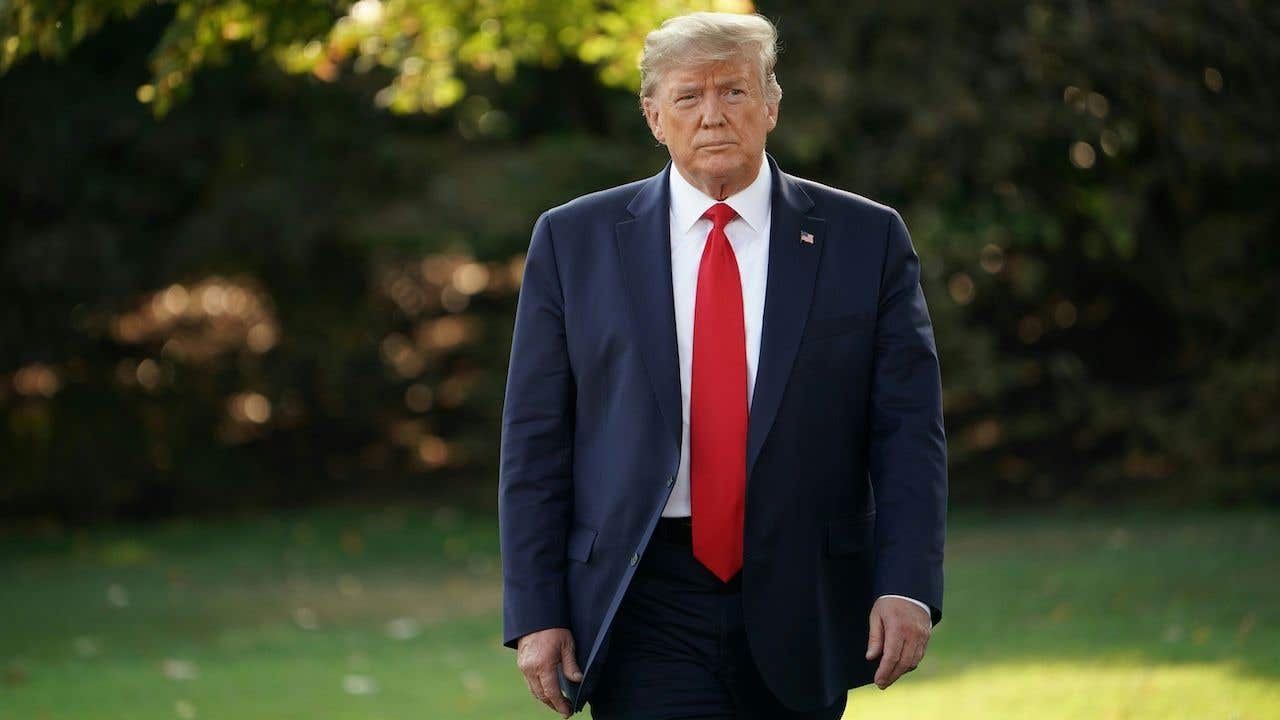 President Donald Trump swept into office on the strength of his image as a real estate developer. Four years later, Trump leaves a housing record that includes the end of a contentious tax break for homeowners and a new direction for the federal agency overseeing mortgage giants Fannie Mae and Freddie Mac.

One of Trump’s signature policies, phasing out the mortgage interest deduction for middle-class Americans, is likely to endure.

Other Trump policies are in line to be reversed by President-elect Joe Biden. Trump’s successor has indicated he’s not as keen on privatizing Fannie and Freddie.

And Biden has vowed to overturn Trump’s positions on deregulation and enforcement of housing discrimination rules.

A look at Trump’s housing policies:

Trump ushered out the mortgage interest deduction for most homeowners.

For decades, the mortgage interest deduction was a popular tax break for middle-class Americans. On their annual tax returns, homeowners could reduce their taxable income by the amount they paid in mortgage interest.

During the era of high interest rates, the tax break was an important one. As mortgage rates fell, however, only the most affluent homeowners paid enough in mortgage interest to continue to take advantage of the tax break.

Then came Trump’s tax reform of 2017, and the mortgage interest deduction essentially disappeared. That’s because Trump doubled the standard deduction from $12,700 to $24,000 for married taxpayers filing jointly. That meant most homeowners would not pay enough mortgage interest to take advantage of the deduction.

Trump’s tax reform also reduced the limit on mortgages eligible for the deduction, lowering the cap to $750,000 from $1 million.

To break it down, say you took out a new $750,000 loan at the end of 2019 at 3.25 percent. Your interest tab for 2020 would total $24,153. The standard deduction is $24,800 for 2020, so there’s no tax break for owning a home. (Tax policy is endlessly complicated, and a taxpayer could deduct additional items, such as property taxes, student loan interest and charitable donations, to get over the standard deduction threshold.)

The bottom line: The mortgage interest deduction still exists in theory but not in practice for most homeowners. And Biden is unlikely to bring back a tax break that only well-off taxpayers can cash in.

To the dismay of homeowners with hefty property tax bills, Trump limited the state and local tax deduction.

The change was meaningless for residents of low-tax states such as Florida and Tennessee, where states collect no income taxes and where property taxes are modest.

But the SALT limits were a big deal for homeowners in high-tax states. In New York’s Westchester County, for instance, the average property tax bill is north of $18,000.

Housing economists say the change in tax policy has dampened the appeal of high-tax areas and made lower-tax locales more attractive.

Arguing that the SALT limit is unfair to residents of blue states, House Democrats unsuccessfully tried to boost the SALT deduction to $20,000. It’s unlikely that Trump’s policies around SALT will be reversed, housing policy experts say. The SALT rule does end in 2025 unless it’s renewed by Congress.

Trump appointed a regulator who took a hard line on the finances of Fannie Mae and Freddie Mac.

Calabria set the government-sponsored entities, or GSEs, on a path toward privatization. Fannie and Freddie were taken over by the federal government in 2008 during the financial crisis.

To make Fannie and Freddie financially independent again, Calabria charted a course that calls for them to amass nearly $300 billion in capital, far more than the $35 billion they now hold.

One unavoidable bit of fallout: Borrowing costs could rise for American consumers. Petrou expects any increases to be modest, but the pain could mount if mortgage rates rise.

Calabria’s approach toward fiscal responsibility was on display this year, as the coronavirus recession threatened to spur mortgage defaults: Fannie and Freddie on Dec. 1 imposed a new fee of 0.25 percent on all mortgage refinances of more than $125,000. The fee is paid by lenders, not borrowers. Even with the new fee, mortgage rates fell to new record lows this month.

It’s unclear how long Calabria will keep his post under a Biden administration. The Supreme Court this month heard oral arguments in a case focusing on whether the head of the Federal Housing Finance Agency can be fired by the president.

In any case, Biden has indicated he won’t support Calabria’s fast track to privatization of Fannie and Freddie.

Trump rolled back regulations, to the delight of homebuilders.

Homebuilders long have chafed under what they consider onerous regulations from local, state and federal authorities. Trump scaled back environmental regulations and labor rules that made it easier for builders to do business.

“I can’t overstress the impact that changing regulation and the attitude of regulators had on our builders,” says Jerry Howard, head of the National Association of Home Builders. “Scaling back the regulatory burden made a huge difference in the ability to produce housing, and particularly to produce housing that’s affordable for middle America.”

In one example, Trump rolled back a rule that required builders to monitor the quality of stormwater that passed through building sites.

“There were overlapping regulations and conflicting regulations,” Howard says. “It was very complex and very costly to comply with. They streamlined it beautifully.”

The result of Trump’s policies, says Howard, is that builders were able to put up more houses at more affordable prices. Without Trump’s deregulation, he says, the nation’s shortage of housing would be even more acute.

The salad days are likely to end, however. Biden already has indicated he’ll reverse many of Trump’s moves on deregulation.

Trump is an outspoken critic of calls for racial justice. To drive home that point, this summer the president lashed out at Affirmatively Furthering Fair Housing, a little-noticed rule that pushes local communities to address housing segregation.

Housing and Urban Development Secretary Ben Carson in July called the rule “unworkable and ultimately a waste of time.” Trump followed up on Twitter, where he declared, “I am happy to inform all of the people living their Suburban Lifestyle Dream that you will no longer be bothered or financially hurt by having low income housing built in your neighborhood.”

Housing experts say the issue was mostly political theater. Howard called it a “tempest in a teapot.” “Those rules weren’t really enforced anyway,” he says.

Liberals, meanwhile, pointed to a stubborn racial gap in homeownership and portrayed the episode as another dog whistle aimed at sowing division. Biden has promised to reverse Trump’s position on the rule.