The new threshold for jumbo loans won’t officially top $700,000 until January, but several major mortgage lenders are boosting their limits for conforming loans in advance of the Federal Housing Finance Agency’s official announcement this fall.

Rocket Mortgage, United Wholesale Mortgage, PennyMac and Finance of America are among the lenders who this month announced a new loan limit of $715,000 for most markets. Rocket, the nation’s largest lender, will go up to $1.07 million for loans in Alaska and Hawaii, but it isn’t raising limits for high-cost markets in the continental U.S.

A bit of background: Mortgage giants Fannie Mae and Freddie Mac buy most of the residential mortgages issued in the U.S. The upper limit on the amounts of those loans is set once a year by their federal overseer, the Federal Housing Finance Agency (FHFA).

For 2022, the so-called conforming loan limit is $647,200 in most parts of the country. In high-cost areas such as coastal California and New York City, the cap is $970,800. Borrow more than that, and you’ll need a jumbo loan, a type of mortgage that can carry more onerous restrictions than conventional loans.

FHFA is scheduled to announce the new limits for 2023 in late November. The number will be based on the agency’s quarterly home price indices for the year. The lenders who are boosting loan limits now use the higher amounts as a way to attract borrowers.

“If we can raise that limit a little bit early, more borrowers will qualify for conventional financing,” says Bill Banfield, executive vice president of Capital Markets at Rocket Mortgage.

Most residential mortgages in the U.S. are packaged as mortgage-backed securities and sold to investors. For the new loans above the conforming loan limits, Rocket will simply hang onto the larger loans until early 2023, then sell them.

“We’re lucky enough to have the wherewithal to be able to hold loans for an extended period,” says Banfield.

Which type of loan is a better deal?

Conventional loans normally carry better rates than jumbo loans, but during the volatile mortgage market of 2022, that pattern has shifted. The average rate on a conventional 30-year loan was 6.02 percent as of Sept. 7, compared to just 5.56 percent for jumbo mortgages, according to Bankrate’s weekly survey of lenders.

However, the rate alone isn’t the only thing borrowers should consider. Banks often hold jumbo loans in their portfolios, and they tend to be picky about borrowers’ qualifications.

“Borrowers may be able to get better jumbo rates, if they can qualify,” says Jeff Lazerson of MortgageGrader in Laguna Niguel, California.

That’s a big if. Jumbo lenders typically require borrowers to have a debt-to-income (DTI) ratio of at least 43 percent, compared to a 49.9 percent limit for agency loans. Jumbo lenders also have stricter requirements around credit scores and loan-to-value (LTV) ratios. Jumbo loans typically require 20 percent down, compared to as little as 3 percent to 5 percent for conventional mortgages. 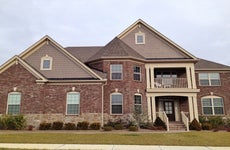 As housing market cools, conforming loan limits to rise for 2023 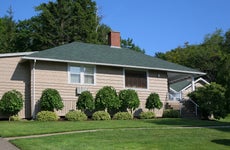 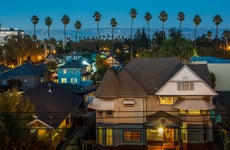 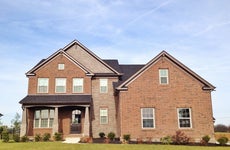