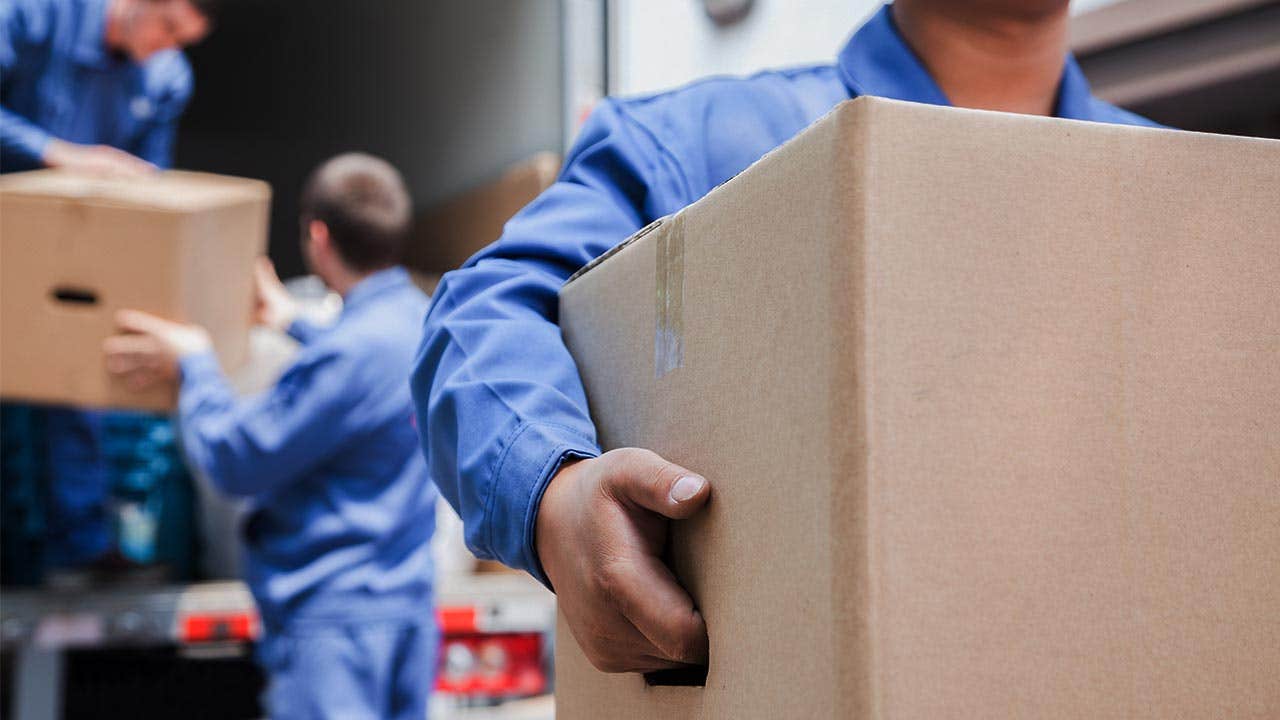 You just bought a new home and are counting down the days until you leave your current place. You’re excited to move, but not so much about the move itself. If the thought of packing up and hauling all of your stuff on your own fills you with dread, you may want to hire a moving company.

The cost to move varies and can easily reach into the thousands of dollars, but depending on how far you’re going, how much you have and how well you handle stress, working with professional movers might be worth the expense.

How much do movers cost?

What affects the cost of a move?

The cost of moving has a lot of variables, including distance, size of your home and the cost of living in the places you’re moving to and from. Here are a few of the major factors that can affect the cost of your move.

Size of your home or how much stuff you have

By far the biggest factor is the size of your home (or, how much stuff you have). If you’re relocating from one 300-square-foot studio to another, you’ll pay a lot less than a family moving the contents of a 2,500-square-foot home, for instance.

Then again, if you’re a hoarder in a studio, you could pay more to move all your trinkets and files than someone who lives in a mansion but only owns one sofa and two T-shirts, for some reason.

You’ll also need to account for whether the movers will pack up your belongings, or whether you’ll do it yourself.

How far you’re going is probably the next-biggest factor in determining the cost of your move. It’s much cheaper to move around the corner than to haul all your stuff to another coast. In general, the farther you’re going, the higher the cost will be.

Everything has its season and time, including moving. The time of year and even the day of the week could affect what a moving company charges. Spring and summer tend to be the busy seasons for moving. Often, moves between April and October cost 25 percent more than other times of the year. Moving on weekends is also pricier, as is moving at the end or beginning of the month, since those are all more popular days and times to change residences.

Insuring your items for a move through your moving company will usually raise the price. Keep in mind that your current home insurance policy might offer coverage for your move. It’s worth double-checking so that you don’t pay for additional coverage you don’t need.

Sometimes, getting your stuff from point A to point B isn’t straightforward. One unexpected cost you might face — especially if you’re moving to a city with tiny, narrow streets — is transferring your belongings from a big moving truck to a smaller shuttle. These costs, too, will vary by how much you’re moving and how far the shuttle has to go, but it can be anywhere from a few hundred to a thousand dollars extra for most movers.

If you have to leave your current home but are still shopping for your next house, or have a time gap before you can officially move in, you might also have to pay the moving company to store your belongings. Costs vary based on how much stuff you need to store and for how long, but generally range from less than $100 for a few items over a short time to more than $1,000 for storing a house worth’s of stuff for an extended period.

How to save on moving costs

It’s definitely possible to lower the cost of your move if you’re willing to put in a little effort or do some consolidation. Here are a few things to think about to make your move cheaper:

Hiring professional movers isn’t your only option. If you don’t mind packing your belongings and lifting heavy furniture yourself, you can move for the cost of renting a van and paying for gasoline. For many people, though, the cost of hiring professional movers is worth it to reduce hassle and the risk of injury, and take away that source of stress.