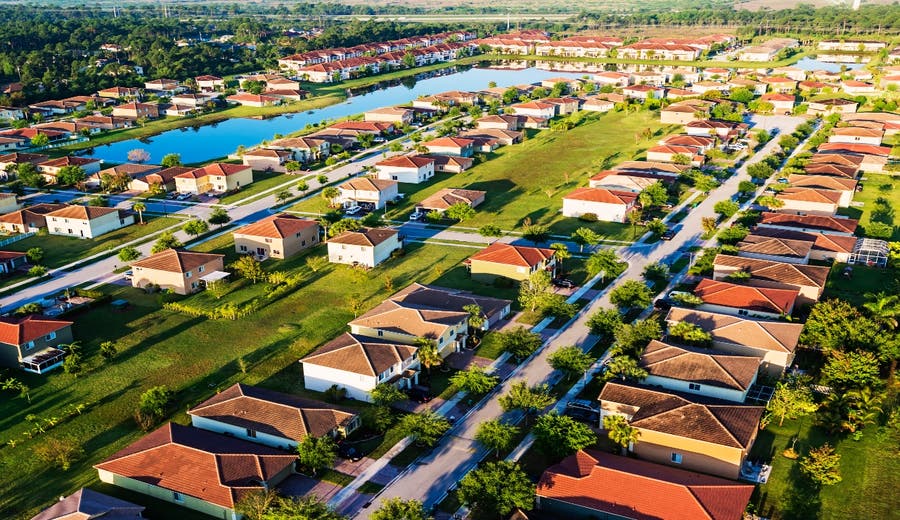 The Federal Reserve has defanged inflation, once a fearsome foe. For proof, consider that the U.S. inflation rate last topped 4 percent in 1991.

But as American taxpayers spend trillions to blunt the coronavirus’ economic carnage, consumer price increases might be heading back to that level or even higher, a prominent housing economist says. Lawrence Yun, chief economist of the National Association of Realtors, foresees a path from today’s massive government spending to a spike in inflation in perhaps five years.

Yun predicts overall inflation will land in a range of 4 percent to 7 percent, although it’s not a widely held forecast. Many economists and market watchers anticipate no return to inflation. Yun’s projection, if accurate, could force consumers to reshape their expectations about mortgage rates, home values and the pace of property sales.

A rise in inflation would lead to higher mortgage rates, along with lower rates of homeownership and fewer home sales, Yun says. However, the news for property markets wouldn’t be all bad — if inflation were to rise to the range of 4 percent to 7 percent, home prices would appreciate by 5 percent to 10 percent a year, Yun says.

“Home prices would be rising because real estate is a very good hedge against inflation,” Yun says.

“The Fed’s balance sheet increased from about $900 billion before the 2007-09 financial crisis to a peak of $4.5 trillion in 2017, but inflation remained benign,” says Lynn Reaser, an economist at Point Loma Nazarene University in San Diego and former chief economist at Bank of America. “Central banks in Japan and Europe also have engaged in massive quantitative easing, but concerns have remained about inflation remaining too low rather than too high.”

During the decade-long rebound, U.S. inflation topped out at a modest 3.2 percent per year. In 2019, the level was just 1.8 percent, even as unemployment fell to historic lows.

Will things turn out different this time? Since March, American taxpayers have spent more than $3 trillion on stimulus programs, including $600-a-week unemployment benefits and hundreds of billions in loans through the Paycheck Protection Program.

More public stimulus spending seems likely. As the U.S. government cranks up its cash machine, Yun says the effects could ripple through the real estate market in the coming years.

“We will not have any inflation this year, next year or even 2022,” Yun says. “But with so much printing of the money, we have to ask the question.”

Recession, stimulus tend to ‘cancel each other out’

He’s not the only one wondering about inflation, of course. But other economists aren’t as convinced that inflation looms on the horizon.

“While printing money, all else equal, puts upward pressure on inflation, it’s less clear how it impacts inflation during and after recessionary periods,” says Ralph McLaughlin, chief economist at Haus, a financial technology firm that focuses on housing. “This is because without increasing the supply of money, recessionary periods tend to lead to deflation. So what can happen – and we saw this after the Great Recession – is that you can print large sums of money without terrible impacts on inflation as the two tend to cancel each other out.”

Michael Fratantoni, chief economist at the Mortgage Bankers Association, likewise is unconcerned about the specter of inflation. He sees the U.S. jobless rate jumping to 18 percent in June and remaining in double digits through 2020, a level of employment that’s not conducive to rising prices. “On my list of worries right now, inflation is low on the list,” Fratantoni says.

In testimony to the Senate Banking Committee Tuesday, Fed Chairman Jerome Powell said he was similarly unconcerned about inflation. Speaking of the Fed’s expanding balance sheet, Powell said, “It’s not something that raises financial stability or inflation concerns.”

To be clear, Yun doesn’t forecast a dramatic and devastating return to high inflation. That’s partly because the U.S. dollar is an international store of value that’s in demand worldwide, and therefore allows the U.S. to print new currency at a pace that would send Venezuela or Zimbabwe into hyperinflation. “The U.S. dollar halts the rise of inflation even as we print money,” Yun says.

While Americans benefit from their currency’s global profile, he sees coronavirus disturbing the era of permanently low inflation. In the meantime, Yun says, Americans have several years to lock in low mortgage rates before prices begin to rise.

‘What is one thing that will not be rising?” Yun asks. “It is the mortgage payment of those people who have locked in the rates today or next year.”