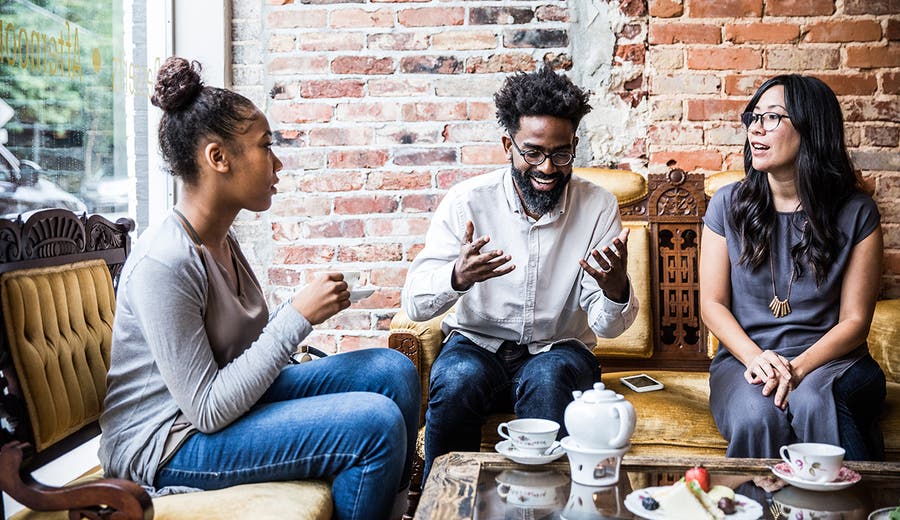 For some young Americans, the idea of taking on debt after paying off student loans is unbearable.

In a country where total student loan debt is in the trillions, the payoff is sweet. But even after the final bill is paid, incurring debt again in the future can leave many uneasy.

For some, paying off student loans marks the beginning of a cautious relationship with debt — and delaying or scrapping major milestones that might rely on it all together.

Starting a marriage while in massive debt isn’t ideal. A trip to the altar is likely to be delayed for those with steep monthly loan payments, especially considering the average American wedding cost over $33,000 in 2017.

Lyn Alden, 31, based near Atlantic City, New Jersey, is the founder of Lyn Alden Investment Strategy. She found herself $50,000 in debt after earning her engineering degree. She says she couldn’t enjoy her college experience to the fullest because she was too concerned with how much debt she was racking up. She describes her loans as “a major source of stress” while in school.

After graduating, Alden worked as many side jobs as possible to hack away at her balances. She paid them off in full and became much more conservative with her money.

When the time came for her to get married, she and her husband chose not to have a wedding. Alden also opted not to have an engagement ring. Instead, they made additional retirement contributions and jetted off to Hong Kong.

“After having paid off tens of thousands of dollars in student loans, the last thing I wanted to do was derail an entire year’s worth of investing and saving just for a single day’s event,” Alden says.

And some Americans aren’t just skipping the lavish ceremonies — some are choosing not to get married at all.

For those who have already paid off their debt, marrying a partner and taking on the burden of loans that don’t belong to them is a major source of concern. In fact, a 2017 survey from SoFi found that nearly 21 percent of millennials said debt was a deal-breaker when it came to relationships.

It’s not just one economic factor that keeps young people from getting married. A working paper from the U.S. Census cites multiple contributors, such as low earnings, poverty, housing costs and unemployment. Debt is also one of the factors.

Kathleen Garvin, a 31-year-old editor and marketer in St. Petersburg, Florida, almost became a homeowner — but after being debt-free from $54,000 in student loans, she had second thoughts.

At first, she and her boyfriend, Nick, considered homeownership. They found a newly manufactured home in a good neighborhood and decided to put $5,000 down to keep it on hold.

But the more Garvin thought about taking on a mortgage, the less inclined she felt to make the big investment; she couldn’t justify jumping right back in to a big debt.

“Our generation grows up with so much debt,” Garvin says. “My parents didn’t have any debt when they took on their mortgage; it’s just a totally different line of thinking for us.”

Garvin isn’t the only millennial who is hesitant to buy. In 2015, the homeownership rate of millennials between 25 and 34 was 37 percent, according to the Urban Institute. For Gen Xers and baby boomers at the same age, homeownership was significantly higher, around 45 percent.

A 2016 paper from the Federal Reserve says that for every $1,000 increase in student loan debt, the homeownership rate drops about 1.5 percent.

While the Urban Institute also says attitudes toward homeownership haven’t changed much, it’s still apparent that debt in some way affects not if millennials will finally become homeowners, but when.

A recent Bankrate survey found that Americans say the ideal age for someone to buy their first home is 28; the National Association of Realtors reports the actual median age of first-time homebuyers to be 32. Garvin is nearing the end of that spectrum.

Garvin isn’t opposed to owning a home in the future, but she wants to be as prepared as possible before doing so. Right now, her priorities are geared toward saving for retirement and building an emergency fund, things she couldn’t do as much as she wanted to when she was paying off her student loans.

“(Buying a house) is just such a big commitment,” Garvin says. “I want to make sure I’m truly ready for it.”

Holding off on job advancement opportunities

Ashley Bermudez, a 29-year-old teacher in Corona, California, got lucky: She won a $50,000 payment toward her student loans through Givling, an online student loan payment trivia game. And even though her balance is nearly gone, she’s still reluctant to take on debt ever again.

Bermudez didn’t pay a penny for her undergraduate degree, but she did pay around $54,000 for her master’s degree and teaching credentials in California.

At one point, Bermudez’s monthly student loan payments hit $670. She thought her loans would eventually be forgiven, but as a teacher in California, she didn’t meet the requirements for forgiveness. Her income was too high and she didn’t teach at an eligible school.

“Even now that Givling has taken care of my student loans, taking on more debt, ever, is just not worth it to me,” Bermudez says. “But it’s a lose-lose. As a teacher, the only way to advance in my field is more education.”

Bermudez could go back to school and take an administrative credential course to heighten her earning potential, but she would have to take on more student loans to do so. Instead, she’s studying on her own for the certification test, which she will pay around $650 for, out of pocket.

“At this point, it doesn’t matter to me if it’s good or bad debt,” Bermudez says. “I don’t feel like I was irresponsible for me to take on this debt and I don’t regret it, but the stress of it hanging over my head makes me never want to have to deal with it ever again.”

And if she doesn’t pass the certification test? She will have to hold off on advancing her profession until she does, or comes up with the money for additional schooling. But for her, forgoing the potential pay bump for a while is worth it. She would rather skip student loans and have additional money each month to take care of her children.

“We always find a way to get by but with everything I’ve already been through with managing my debt, I never want to take on more,” Bermudez says. “My goal is to just reduce it overall.”

Changing the way we talk about debt

Debt is a tricky word. From the beginning, it’s taught that cash is king. Headlines warn of lives ruined by debt collectors, student loan payments preventing people from being financially free and payday loans trapping consumers in vicious cycles of unmanageable payments.

But not all debt is necessarily “bad.” In fact, the technical term for debt in the financial industry is “leverage.” It’s seen as something that helps gain control and ownership of an asset.

Rich Ramassini, certified financial planner and director of strategy and sales performance at PNC Investments, says that the conversation surrounding debt relies on two different types of it: good debt and bad debt.

“Bad” debt would be anything that doesn’t match one of these three categories, like borrowing money for consumer spending or getting an auto loan, because cars are depreciating assets.

But what about the emotional responses we, as humans, have toward money? Are we willing to sacrifice some of our values to make solid, smart financial decisions? For some, those sacrifices could mean downsizing or skipping a wedding; for others, it could mean majoring or working in a field that doesn’t align with their passions. They are not easy decisions to make.

Ramassini acknowledges that consumers won’t always make the best borrowing decisions; sometimes, they’ll make ones that aren’t in their best interest because they aren’t willing to compromise.

But that doesn’t mean they have to get stuck in a cycle.

“Just because you’ve made a bad financial decision in the past, doesn’t force you to make more bad decisions,” Ramassini says. “Every decision can be evaluated on its own merit to determine whether or not it makes sense.”

Based on Ramassini’s perspective, millennials shouldn’t let the afterburn of student loans hold them back. Good debt, as he says, can help you take ownership of assets you wouldn’t otherwise be able to obtain — but only if the money is borrowed responsibly.

“Sit down and look at the numbers rationally,” Ramassini says. “Sit down, run the numbers and see a clearer picture of your investment. Don’t wait to do your due diligence until after — it’ll be too late.”