The Biden administration has hit yet another snag in implementing its student-debt relief program after a federal appeals court deemed the plan unlawful. Today’s verdict comes after a Texas court ruled the plan unconstitutional on Thursday last week. The U.S. Department of Education has removed the forgiveness application from its website in response, but officials remain confident in the plan’s constitutionality.

Here’s what we know so far about the court rulings and what they could mean for the future of student loan forgiveness.

Today, the Eighth Circuit Court of Appeals granted a preliminary injunction against student loan forgiveness in response to a lawsuit filed by six states who argued they would lose out on tax revenue due to the plan.

The court ruled that Missouri, one of the six states involved in the lawsuit, had the authority to challenge the plan. The three-judge panel agreed with plaintiffs’ assertion that MOHELA, a federal student loan servicer, would suffer financially from student loan forgiveness, which in turn would affect Missouri’s ability to fund state-based higher education.

“This unanticipated financial downturn will prevent or delay Missouri from funding higher education at its public colleges and universities,” the court wrote. “Due to MOHELA’s financial obligations to the state treasury, the challenged student loan debt cancellation presents a threatened financial harm to the State of Missouri.”

This ruling is not a final decision on the case and the forgiveness plan’s legality. The Biden administration may choose to appeal this ruling to the Supreme Court, though it has not yet announced whether it plans to do so.

Last Thursday, in a separate case, federal judge Mark Pittman of Texas struck down the administration’s student loan forgiveness program, labeling it an “unconstitutional exercise of Congress’s legislative power” and stating that it “must be vacated.” The lawsuit’s plaintiffs argued that forgiveness outside of pre-existing relief programs can only be enacted through Congress.

President Joe Biden didn’t get congressional approval to forgive student debt on such a wide scale; he instead used his authority to enact an executive order.

“In this country, we are not ruled by an all-powerful executive with a pen and a phone,” Pittman wrote in his 26-page ruling. The plaintiffs also argued that Biden’s plan broke federal procedures by not allowing for a comment period before announcing the program in August.

The U.S. Department of Justice has already appealed the decision. However, due to the ruling, the Education Department has taken down the forgiveness application from the studentaid.gov website.

The Justice Department appealed the verdict on the Education Department’s behalf Nov. 10 to the 5th Circuit Court of Appeals.

“We are not standing down,” asserted Education Secretary Miguel Cardona in a statement.

“We strongly believe that the Biden-Harris Student Debt Relief Plan is lawful and necessary to give borrowers and working families breathing room as they recover from the pandemic and to ensure they succeed when repayment starts,” he argued.

Today’s court ruling has only added to the mounting uncertainty surrounding forgiveness as student loan payments are set to resume in January.

Student debt relief was already on a temporary hold issued by the Court of Appeals following the states’ lawsuit. However, Pittman’s decision did what the earlier suits didn’t — it led to a complete hold on the entire program. While this doesn’t mean that forgiveness is off the table, it does give the administration more hoops to jump through.

Since Biden announced the program, the administration has received intense backlash — mostly from Republicans, who have historically opposed such measures. The plan has faced multiple lawsuits from state representatives, borrowers and organizations.

All suits have since been dismissed except for the remaining lawsuits in question. At this time, federal courts have not announced the result of last week’s appeal.

Cardona said that over 26 million borrowers have already applied for forgiveness, and 16 million applications have been approved. He stated that the approved applications will be “sent to loan servicers to be discharged when allowed by the courts.”

Until the final rulings are announced, federal borrowers can sign up for the Education Department’s email distribution list so they don’t miss out on any forgiveness news.

Borrowers can also use this time to prepare for the resumption of federal student loan payments on Jan. 1, 2023. If a decision isn’t reached before the payment pause expires or if the forgiveness program is ruled unconstitutional, it’s important to have a repayment plan in place so as not to fall behind on payments.

SHARE:
Written by Hanneh Bareham Student loans reporter
Read more from Hanneh
Hanneh Bareham specializes in everything related to student loans and helping you finance your next educational endeavor. She aims to help others reach their collegiate and financial goals through making student loans easier to understand.
Edited by
Helen Wilbers
Edited by Helen Wilbers
Helen Wilbers has been editing for Bankrate since late 2022. He values clear reporting that helps readers confidently land deals and make the best choices for their finances.
Helen Wilbers 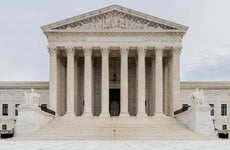 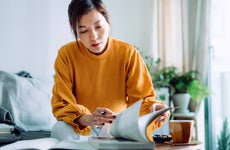 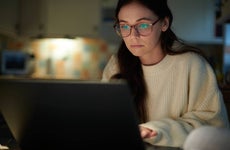