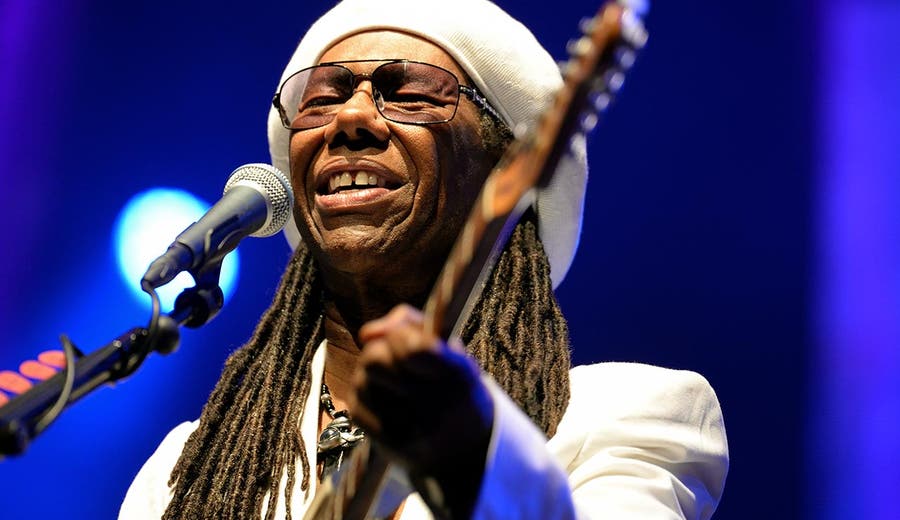 Nile Rodgers was a driving force behind some of the biggest disco hits of the 1970s. He and his late musical partner Bernard Edwards co-founded Chic, the band that filled dance floors with “Le Freak” and “Good Times.”

Rodgers’ hit-making prowess later helped shape the music of the 1980s as he co-produced albums such as David Bowie’s “Let’s Dance” and Madonna’s “Like a Virgin.” More recently, he was one of the writers and performers on Daft Punk’s “Get Lucky,” named Record of the Year at the 56th Grammy Awards in January 2014.

In his 2011 memoir, “Le Freak: An Upside Down Story of Family, Disco, and Destiny,” Rodgers told a lively, improbable tale of celebrity. The 2017 Rock and Roll Hall of Fame inductee — winner of the hall’s Musical Excellence award — talked about his unusual route to fortune and fame in this 2012 interview with Bankrate.

How did you make a living before your songs became hits?

I played on the streets. I was a panhandler. I was homeless. My mom and dad were heroin addicts, so I wound up having to fend for myself at a very early age. I could come and go as I pleased by the time I was 11, so I left home for good at 14. I learned how to panhandle in 10 languages, including sign language. I lived on the subway and on the street, and I learned to play guitar when I was 16. So I’d play on the streets and panhandle. I played everywhere. I never stopped playing.

When you became a star and stopped panhandling, what was the most extravagant thing you splurged on?

I’ve bought a number of absurdly extravagant things. I used to have a fleet of speedboats. I bought my first Cigarette ocean racer in 1978 — a 28-foot SS, like on “Miami Vice.” It cost a fortune. That was a go-fast boat. I bought five or six of those in my life. But to me, the most extravagant thing I ever did was, I said to one of my neighbors, “Can we go to Paris?” He said, “What are we doing?” And I said, “We’re just going to eat.” We took the Concorde, we flew to Paris, we went to a restaurant, we partied and we flew back.

What year was that?

It was 1978, because we had written “Le Freak.” We also had “We Are Family” the same year, and “He’s The Greatest Dancer” (the last two penned by Rodgers and Edwards for the group Sister Sledge) and “I Want Your Love,” all in the same calendar year. That was the first time I got a check for $1 million.

Do you live an extravagant lifestyle now?

I haven’t been extravagant for a very long time. That’s because (in the mid-1990s), I stopped drinking and drugging, and with that sobriety came a sort of right-sizeness to my personality. I realized that a lot of that behavior I was indulging in was because I felt bad about myself, and I wanted to feel good. And those types of things masqueraded as good feelings. When I stopped drinking and drugging, and I realized that my peace was within me, I no longer had to do those sorts of things.