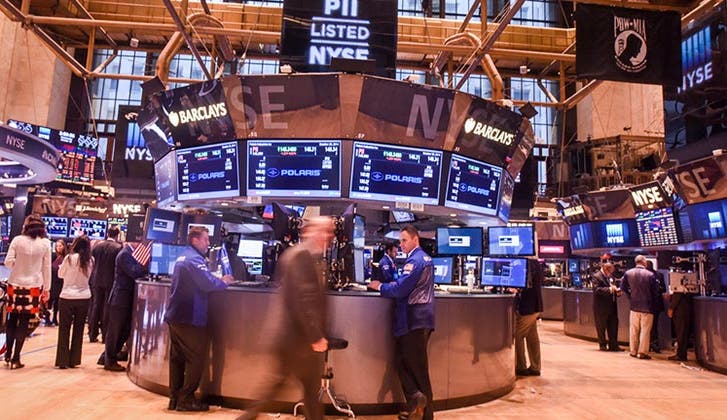 For beginners, the stock market can seem incredibly lucrative, risky and confusing. Following a few stock market basics can protect you from common pitfalls and keep you excited about learning to invest.

Look at your entire financial picture

Turning a profit on an investment is a great feeling. But investments don’t exist in a vacuum. They’re a piece of an overall financial life.

People should operate their finances like a business, says Fabian Knopfler, founder of Lions Wealth Management of David A. Noyes in Indianapolis.

That can mean keeping a close eye on debt levels. Sometimes investors try to shore up a debt-ridden financial picture with overly aggressive investments. “The risk that is taken is not necessary to get them to where they want to be,” says Knopfler.

Instead, taking steps to dig out of debt and establish an emergency fund will probably serve them better than trying to hit home runs in the stock market.

“You have to have a healthy baseline before you jump into the stock market. Everything else in your financial life should be in order,” says Kathrine Calahan, a wealth adviser with David A. Noyes, in Skokie, Illinois.

Many people today grew up in a different investing environment.

“Thirty years ago it was about generating a lot of return. The stock market was the purview of rich people,” says Kendrick Wakeman CFA, CEO of FinMason.com, a website dedicated to helping people understand their investments.

The Internet and the decline of traditional pensions changed all that.

“Modern investing is built on risk, not return,” says Wakeman.

Most people who are investing for retirement need to avoid losing money in addition to generating returns. That requires an understanding of risk and how to mitigate it.

That’s because most people in the stock market today are investing for retirement. They aren’t necessarily trying to get rich, or richer. Of people who own mutual funds, 91% say saving for retirement is one of their financial goals; 72% say it’s their primary financial goal, according to the Investment Company Institute.

All of the accidental investors perplexed by stocks, bonds and mutual funds are in good company.

Just like paying bills and managing a checking account, investing for retirement is something everyone has to do today. It’s never been easier to learn the ropes or find low-cost advisers who will lend a hand.

“It’s a big mistake for people to think that investing is out of their league because they don’t have enough money or knowledge,” says Calahan.

Learning the basics of asset allocation and diversification is the first step. Formulate a plan based on the amount of risk you’re comfortable taking and the time you plan to be in the market. People who understand those basics outperform those who chase myriad strategies and try to time the market.

Don’t have a Las Vegas mentality

Investing is not about striking it rich with one great stock. Even day traders diversify their investments and stick to a trading discipline that limits losses.

“There have been several high-profile IPOs that were exciting. People always want to get in on them but that is not necessarily the best place to go,” says Calahan.

“It’s not as sexy, but diversification and a lengthy time horizon are the best places to be starting out,” she says.