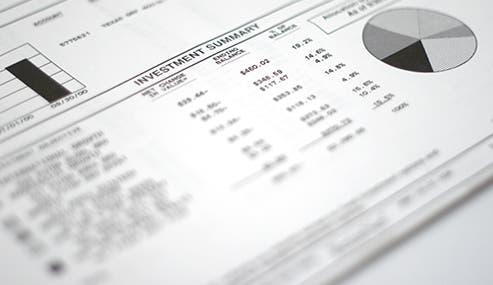 American workers save and invest for decades, all in hopes of having enough money to retire one day.

But when work finally ends, a new concern typically begins: making sure that nest egg does not disappear before you do.

One way to retain more of your retirement cash is to lower investing expenses. Most people use mutual funds in their retirement accounts, but exchange-traded funds, or ETFs, generally have lower expense ratios.

For example, the average U.S. open-end mutual fund has an expense ratio of 1.29 percent, compared with 0.59 percent on average for U.S. ETFs, according to Morningstar.

Should retirees try to cut expenses by moving their money from mutual funds into equivalent, lower-cost ETFs?

The strategy can make sense for some retirees, particularly if they are wealthy, says Michael Kitces, a CFP professional and director of planning research at the Pinnacle Advisory Group in Columbia, Maryland, and publisher of “The Kitces Report.”

However, the move may backfire for novice investors and people with relatively small nest eggs, Kitces says.

“If you’re changing your portfolio because you think ETFs are a better investment than mutual funds, you’re probably doing it for the wrong reason,” he says.

Kitces says investors need to think through all the costs associated with ETFs before deciding whether to convert their mutual funds.

While it is true that ETFs often have lower expense ratios than mutual funds, ETFs typically have higher trading fees.

Losing money on each trade

For example, a retiree who withdraws $1,000 a month from an ETF and pays a trading fee of $9.95 ends up losing almost 1 percent on each trade.

“You’re not coming out ahead here,” he says.

Eric Roberge, a Salem, Massachusetts-based CFP professional and founder of Beyond Your Hammock, does not believe it is worth the trouble to sell mutual funds to buy equivalent ETFs.

“I don’t suggest selling one specific index mutual fund only to buy the same exposure in an ETF,” he says.

Roberge says such a strategy would result in “very little benefit” to the retiree.

“The expense ratio may be slightly less in the ETF, but overall, that’s just nickel and diming,” he says. “It doesn’t have a dramatic impact on the big picture.”

“This is probably splitting hairs,” he says. “The question of asset allocation is far more important.”

When it makes sense to sell mutual funds

However, there may be instances when it does make sense to convert to ETFs, experts say.

In some cases, people with bigger portfolios can benefit from switching their holdings from mutual funds to equivalent ETFs, Kitces says.

He cites the example of a wealthy investor who plans to withdraw $50,000 from an ETF a couple of times a year. In such a situation, a trading fee of around $10 would be minuscule relative to the amount of money being withdrawn.

“Compared to paying an ongoing mutual fund fee that is higher, it’s a huge savings,” he says.

He adds that as a general rule, “the larger the dollar amounts involved, the more it pays to get a low-expense ETF.”

Mutual funds are notorious for their tax inefficiency. For example, if the manager of an actively managed mutual fund decides to sell some of the winners in the portfolio, you will owe a tax on that capital gain — even in years when the fund loses money overall.

By contrast, nearly all ETFs are index funds, according to Morningstar. That means they typically trade less frequently than actively managed mutual funds. In addition, ETFs give the investor more flexibility in deciding when to buy and sell shares.

“When to capture those gains and losses can be individually tailored to meet the investor’s personal tax situation,” Kubik says.

Other differences between funds and ETFs

Because ETFs trade like stocks, they are priced and traded throughout the day. This allows you to buy or sell at a precise time and price point.

By contrast, the price of a mutual fund is set once a day. You buy and sell mutual fund shares at that price, regardless of when you actually made the request during the trading day.

However, Kubik emphasizes the importance of looking at the overall picture when deciding whether to convert from mutual funds to ETFs.

“What truly matters is the return on investments after all fees, transaction costs and tax consequences,” he says.

Kitces urges mutual fund investors to ask questions before converting to ETFs, such as: